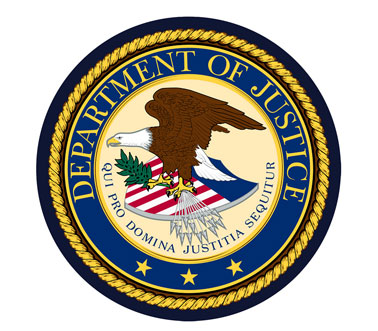 The Zionist Organization of America (ZOA) has criticized the Department of Justice’s backing of a court ruling preventing victims of Iranian-backed Palestinian terrorism from obtaining information about Iran’s U.S.-based assets so it may extract court-awarded damages from Iran.

In 2003, the U.S. District Court in Washington, D.C., awarded 33-year-old American, Daniel Miller, and other victims seriously wounded in a Hamas terrorist attack $71.5 million in compensatory damages from Iran. The court ruled that Iran was responsible for the attack, because it had provided funding and training to Hamas, the Palestinian terrorist organization that has murdered hundreds of Israelis and foreign nationals in Israel in terrorist attacks and which calls in its Charter for the destruction of Israel (Article 15) and the worldwide murder of Jews (Article 7). However, in the nine years since that ruling, Mr. Miller and other plaintiffs have been unable to obtain justice from the Islamic Republic of Iran because the Iranian government has refused to pay out the damages.

Following the 2003 court ruling awarding them compensation from Iran, Mr. Miller and the other plaintiffs served the Islamic Republic with a request to produce documents regarding all of its U.S.-based assets. Iran, which had previously refused to appear in U.S. courts, on this occasion hired a lawyer and sought a protective order to shield its U.S. assets from the terror victims’ discovery requests. The U.S. Court of Appeals ruled in Iran’s favor, holding that the terror victims could not obtain information about all Iranian assets in the U.S., and that instead they could only seek discovery about specific Iranian property. Astonishingly, last month, the U.S. Department of Justice filed an amicus brief to the Supreme Court in favor of the U.S. Court of Appeals decision.

In its amicus brief, the Justice Department argued that, “Compelling a foreign state to produce extensive material pertaining to its assets may impose significant burdens and impugn the state’s dignity, and may have implications for the United States’ foreign relations.”

Theodore Olson, a former U.S. Solicitor-General and the lawyer representing Mr. Miller, slammed the U.S. Government over its position, saying it was “aiding and abetting Iranian terrorism by supporting Iran’s attempts to conceal its assets.” Mr. Olson noted that the Congress had passed laws permitting victims of terrorism to sue state sponsors of terror. He said, “It is outrageous that the State Department would support Iran’s efforts to evade a judgment properly entered by a United States court in favor of American citizens … Iran is unquestionably liable to pay the victims of its crimes, but it has made every effort to avoid paying by repeatedly concealing its assets. The victims in our case simply seek what every other judgment creditor is entitled to obtain: The identity and location of the judgment debtor’s assets … The Administration’s position that Daniel [Miller] cannot receive even this minimal discovery about the location of Iranian assets prevents him from even attempting to recover his judgment against Iran” (Joanna Paraszczuk, ‘US gov’t opposes forcing Iran to reveal assets,’ Jerusalem Post, June 12, 2012).

ZOA National Chairman of the Board Dr. Michael Goldblatt said, “The ZOA is critical of the Justice Department’s amicus brief supporting Iran’s thus far successful efforts to frustrate the course of justice and to deny victims of Iranian-backed terror the information they require on Iran’s U.S.-held assets in order to obtain compensation.

“There is no justifiable reason to support the position of a terrorist-sponsoring state to frustrate the award of damages to terror victims by a U.S. court.

“Also, the issue of victims of terror being unable to locate assets to pay U.S. court rulings against the Islamic Republic extends far beyond this case. There have been other court awards of damages against terrorist sponsors that stand to be affected by the Court of Appeals ruling.

“Last month, the US District Court awarded a $332m. judgment against Iran and Syria to the family of a 16-year-old boy, Daniel Wultz, who died of horrific injuries in a 2006 Hamas suicide bombing in Tel Aviv.

“In March, the same court awarded two victims of the 1983 US Marine barracks bombing in Beirut $44.6 million in damages from Iran. And in 2007, a U.S. federal judge ruled in a separate lawsuit that Iran must pay $2.65 billion to the families of servicemen killed in the Beirut attack. Until now, all these plaintiffs have been unsuccessful in seeking Iranian assets that could be seized to pay the court-awarded damages.

We would love to hear from you! Please fill out this form and we will get in touch with you shortly.
Trending Z
News June 20, 2012
ZOA Condemns U.S. State Dept. & U.S. Amb. Nides For Siding with Antisemitic, Discriminatory Palestinian & Hamas Terrorists re: the Temple Mount, Violating Jews’ Religious Freedom
News June 20, 2012
ZOA’s Klein JPost Op-Ed: There is Nothing Extreme About Israel’s New Government
Uncategorized June 20, 2012
FLASH: ISRAEL-JORDAN PEACE TREATY (1994) GUARANTEES JEWS ACCESS TO THE TEMPLE MOUNT – LET MY PEOPLE PRAY
Uncategorized June 20, 2012
ZOA Analysis: Most American Rabbis Who Are Boycotting Some Israeli Ministers Are From Extremist Left Wing Groups (J Street; T’ruah; JVP)
Center for Law & Justice
We work to educate the American public and Congress about legal issues in order to advance the interests of Israel and the Jewish people.
We assist American victims of terrorism in vindicating their rights under the law, and seek to hold terrorists and sponsors of terrorism accountable for their actions.
We fight anti-Semitism and anti-Israel bias in the media and on college campuses.
We strive to enforce existing law and also to create new law in order to safeguard the rights of the Jewish people in the United States and Israel.
Our Mission
ZOA STATEMENT
The ZOA speaks out for Israel – in reports, newsletters, and other publications. In speeches in synagogues, churches, and community events, in high schools and colleges from coast to coast. In e-mail action alerts. In op-eds and letters to the editor. In radio and television appearances by ZOA leaders. Always on the front lines of pro-Israel activism, ZOA has made its mark.
Connect with us
Sign up for our Newsletter