By Daniel Greenfield (WEDNESDAY, MARCH 23, 2022 / FRONTPAGEMAG) Biden’s ambassador to Israel appeared at a pro-BDS group’s webinar co-hosted by its CEO, who had described Israel as an “oppressive regime”, and told its audience that the real problem with the Palestinian Authority funding terrorism is that “it gives the ‘haters’ an excuse not to […] 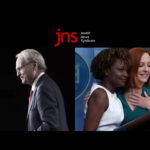 By JNS News Service (MAY 7, 2022 / JNS) The new press secretary at the White House—appointed by U.S. President Joe Biden this week and set to take over for current press secretary Jen Psaki next week—is raising concerns with some in the pro-Israel community for her previous work with anti-Israel organizations. Karine Jean-Pierre, who […] 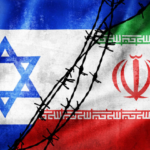 By Florida Daily Staff (APRIL 13, 2022 / FLORIDA DAILY) Last week, Florida Republican U.S. Sens. Marco Rubio and Rick Scott joined nine Republicans in the U.S. Senate in sending a letter to President Joe Biden urging his administration to provide Israel with the military capabilities it needs to defend itself from a nuclear-armed Iran. […]

By Debra Rubin (MARCH 31, 2022 / JEWISH LINK) The “outrageous” decision by the New Jersey School Ethics Commission to decline to hear a complaint filed against two Palestinian-American commissioners on the Clifton Board of Education over anti-Israel statements made at a board meeting is being appealed. The appeal is being led by the Zionist […]

By Daniel Greenfield (MARCH 28, 2022 / THE JEWISH PRESS) Biden’s ambassador to Israel appeared at a pro-BDS group’s webinar co-hosted by its CEO, who had described Israel as an “oppressive regime”, and told its audience that the real problem with the Palestinian Authority funding terrorism is that “it gives the ‘haters’ an excuse not […] 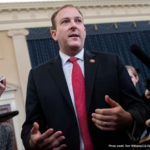 By JNS Staff (MARCH 9, 2022 / ISRAEL HAYOM) A group of Republicans in Congress, led by the co-chair of the House Republican Israel Caucus Rep. Lee Zeldin (R-NY), introduced a bill on March 3 to protect American companies from being coerced to provide information to international organizations for the purpose of furthering boycotts against […] 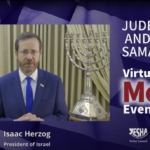 By Tovah Lazaroff (MARCH 6, 2022 / JERUSALEM POST) Jewish archaeological sites in the West Bank must be preserved, President Isaac Herzog told the English-speaking community in Israel and abroad. He delivered the short virtual address during the third in a series of Judea and Samaria mega-events. “Much of the Jewish People’s history in this […] 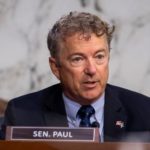 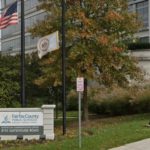 (February 1, 2022 / JNS) The Zionist Organization of America filed a civil-rights complaint against one of the largest school districts in the United States, claiming it has failed to address its “hostile anti-Semitic environment.” The complaint against Fairfax County Public Schools (FCPS) in Virginia was filed last week with the U.S. Department of Education’s Office for Civil Rights. In […] 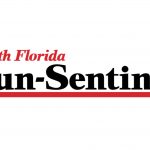 ZOA Florida to Present ‘Heroes for Israel’ Gala in Aventura

By Alan Goch Zionists believe in the development and protection of a Jewish nation in what is now Israel. In past years, supporters and advocates of the Jewish homeland have gathered at Aventura Turnberry Jewish Center to celebrates Israel Independence Day. The tradition of honoring the Holy Land at that venue will continue at 6:30 […]