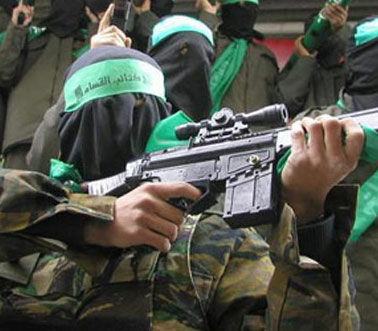 The Zionist Organization of America (ZOA) has taken issue with the description of the Israeli government offered by President Barack Obama to a Jewish group in which he was reported in the Jewish daily Forward as saying that the Israeli government of Benjamin Netanyahu was “extreme right.” According to the report, during a meeting with a delegation of orthodox rabbis from the Orthodox Union, “The President described Israel’s government as having been extreme right and said that Netanyahu, just like any other world leader, does not want any restraints’” (Nathan Gutman, ‘Obama Gets Copy of Washington Letter,’ Forward, June 5, 2012).

The ZOA was surprised that, despite past – and recent – concessions by this Israeli Government, including Israel’s pleading for negotiations; its openly-stated readiness to make new, painful concessions; the broadening of the Government to include the main Opposition, leftwing Kadima Party; and the presence in the Government as Defense Minister of former Labor Party leader Ehud Barak, and now a Deputy Prime Minister, Shaul Mofaz, both of whom have said that they would unilaterally relinquish 60% of Judea and Samaria to Palestinian control, the President nonetheless described the Israeli government as belonging to the extreme right.

ZOA National President Morton A. Klein said, “We find it puzzling that President Obama would say that the Israeli government is of the extreme right. There is no factual or analytical basis for it.

“First, the Netanyahu government, from its inception in 2009, made it clear that it accepted in-principle the idea of a negotiated Palestinian state. Wise or unwise, such a position cannot be described as of the ‘extreme right.’

“Second, the Netanyahu government – despite the absence of any Palestinian concession or indication of moderation – agreed to a 10-month freeze on all Jewish construction in Judea and Samaria, a unilateral concession that Secretary of State Hillary Clinton herself described at the time, correctly, as ‘unprecedented.’ Indeed, no previous Israeli government had agreed to and implemented such a concession before.

“Third, despite the failure of Mahmoud Abbas’ PA to negotiate virtually at all during the freeze and its failure to negotiate to date, Israel has made it clear that it is willing to negotiate with the PA immediately, without preconditions.

“Fourth, it is singularly strange that President Obama would say that the Israeli government is of the extreme right only days after Prime Minister Netanyahu formed a coalition with Shaul Mofaz’s leftwing opposition Kadima party, which holds 28 seats and which advocates for leftwing policies. The current Israeli government constitutes 94 out of 120 Knesset seats, the second broadest coalition government in the country’s history.”

We would love to hear from you! Please fill out this form and we will get in touch with you shortly.
Trending Stories
News June 20, 2012
NEW YORK POST: Democratic Leaders’ Shocking Silence Over Attacks on Israel by Fellow Dems
News June 20, 2012
ZOA Criticizes ADL for Featuring Hostile-to-Israel Speakers at ADL Never-Is-Now Conference
Uncategorized June 20, 2012
Mort Klein Mourns Passing of His Cousin Israeli Priest Gregor Pawlowski (Yaakov Griner) – Who Became a Priest After Gentiles Raised/Saved Him
News June 20, 2012
ZOA: Remove Jew-Haters from Congressional Committees: AOC, Tlaib, Omar, McCollum, etc. Endangered Jewish (and Arab) Lives Twice This Week
Our Mission
ZOA STATEMENT
The ZOA speaks out for Israel – in reports, newsletters, and other publications. In speeches in synagogues, churches, and community events, in high schools and colleges from coast to coast. In e-mail action alerts. In op-eds and letters to the editor. In radio and television appearances by ZOA leaders. Always on the front lines of pro-Israel activism, ZOA has made its mark.
Center for Law & Justice
We work to educate the American public and Congress about legal issues in order to advance the interests of Israel and the Jewish people.
We assist American victims of terrorism in vindicating their rights under the law, and seek to hold terrorists and sponsors of terrorism accountable for their actions.
We fight anti-Semitism and anti-Israel bias in the media and on college campuses.
We strive to enforce existing law and also to create new law in order to safeguard the rights of the Jewish people in the United States and Israel.
Connect with us
Sign up for our Newsletter