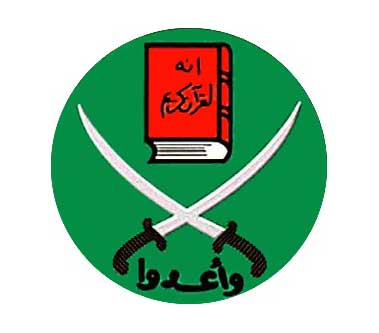 The Zionist Organization of America (ZOA) has responded to news that President Barack Obama has invited Egypt’s newly elected Islamist president, Mohamed Mursi, to visit the United States in September by calling for rescinding the invitation until Mursi gives a public, written commitment to observe the peace treaty with Israel; repudiate the Muslim Brotherhood platform and statements opposing peace, human rights and the Egyptian/U.S. alliance; and rescind his pledge to work for freeing Islamist sheikh Omar-Abdel Rahman, jailed by the U.S. for his role in the 1993 World Trade Center bombing that killed six people. Mursi formally resigned from the Muslim Brotherhood following his presidential election victory. The ZOA believes he did so probably to insulate himself from international pressures to reform the Muslim Brotherhood, which was founded as a jihadist, extreme Islamist group in 1928.

The Muslim Brotherhood’s platform, leaked in August 2007, calls for jihad, states that “Islam is the official state religion and Islamic sharia is the main source for legislation,” stipulates that the president and legislative branch will be advised by clerics, who must approve decisions and that non-Muslims will be barred from the presidency, which is also held to be unsuitable for women.

The Muslim Brotherhood deputy leader, Rashad al-Bayoumi has said regarding the Egyptian-Israeli peace treaty that, “To me, it isn’t binding at all … On no condition will we recognize Israel. It is an enemy entity.” Bayoumi has emphasized the objective of abrogating the treaty. Last year, the Brotherhood leader, Muhammad Badi’, spoke enthusiastically of jihad and called for a state based on Islamic law. He also spoke optimistically about the U.S. heading for a collapse. The Palestinian branch of the Muslim Brotherhood, Hamas, is a blood-soaked terrorist organization which calls in its Charter for the destruction of Israel and the worldwide murder of Jews.

Only days ago, Egypt’s Al Wafd newspaper reported that, “Muhammad Badi, the Muslim Brotherhood’s Supreme Guide, confirmed the necessity for every Muslim to strive to save al-Quds [Jerusalem] from the hands of the rapists [Israelis] and to cleanse Palestine from the clutches of the occupation, deeming this an individual duty for all Muslims … [Badi] “called on all Muslims to wage jihad with their money and their selves to free al-Quds”—the same exact language one finds in al-Qaeda’s tracts. Despite the absence of Iranian-Egyptian ties since 1979, Morsi’s counterpart, Mahmoud Ahmadinejad, has invited him to attend a summit of the Non-Aligned Movement which will be held in Tehran on August 29.

During his election campaign, Mursi promised often to implement sharia law if elected. On June 30, in a speech to supporters in Cairo’s Tahrir Square, Morsi stated that he would work to free Omar Abdel-Rahman, the Islamist sheikh convicted in the 1993 World Trade Center bombing. Mursi has served previously as a member of the Muslim Brotherhood’s Political Bureau since 1992, when the Bureau was first established, and also later the Muslim Brotherhood’s Guidance Bureau. He is also a founding member of the Muslim Brotherhood’s Committee to Fight the Zionist Project and has called Israel ‘the Zionist entity.’ During the presidential election campaign, Mursi’s aide said that, if elected president, Mursi would not meet with the Israeli president.

Following a meeting between Mursi and Deputy Secretary of State William Burns in Cairo, Egyptian aide Yasser Ali said “President Obama extended an invitation to President Mursi to visit the United States when he attends the UN General Assembly in September.” Burns, who did not mention the invitation at a news conference earlier, pledged U.S. support for Egypt’s battered economy and said he welcomed Mursi’s promise to uphold international treaties, which include a peace deal with Israel, saying, “We have taken careful note and appreciated President Mursi’s public statements about a commitment to international obligations and we certainly attach great importance to Egypt’s continuing role as a force for peace.” Burns, whose trip precedes a visit to Egypt on July 14 by Secretary of State Hillary Clinton, said he had discussed a $3.2 billion loan package that Cairo has been negotiating with the International Monetary Fund (‘Obama invites new Egyptian president for US visit,’ Jerusalem Post, July 8, 2012).

ZOA National President Morton A. Klein said, “This is the latest of many indications that Obama Administration believes that it can do business with jihadist, extreme Islamist groups like the Muslim Brotherhood. It refuses to regard any Islamist group, other than Al-Qaeda, as a serious threat to the security and interests of the U.S. and its allies, including Israel.

“This is a serious mistake, as the numerous recorded statements of Muslim Brotherhood leaders indicate. Such verbal reassurances that the Brotherhood may provide U.S. officials on maintaining the peace with Israel and upholding treaty commitments and human rights ignores the fact that is saying what it needs to win U.S. and international legitimacy and acceptance.

“We have already said last month that the U.S. must make clear that it will sever all financial and military aid to Cairo unless the new government commits publicly and in writing to specifically repudiating those parts of its platform that imperil peace with Israel, human rights and the alliance with America. The new government must enable further elections, commit to safeguard the rights of women and non-Muslims and uphold the Israeli/Egyptian peace treaty. Rather than preemptively legitimizing and empowering the Brotherhood, the Obama Administration should be demanding these commitments as a prerequisite to support and invitations.

“The new Egyptian government looks highly unlikely to keep any word it might give on these matters. But it is still vital that Washington demand these things in writing. It should make it crystal clear that failure by Egypt to grant such written assurances or to abide by these commitments once given will lead to immediate termination of U.S. financial and military support.”

We would love to hear from you! Please fill out this form and we will get in touch with you shortly.
Trending Z
News July 11, 2012
ZOA Deplores that Pres. Trump Dined with Jew-Haters Kanye West & Nick Fuentes, and Demands he Condemn Them
Uncategorized July 11, 2012
ZOA Honors Trump With Rarely Given Herzl Award for His Great Pro-Israel Work – Joins Ranks of Balfour, Truman, Begin, Meir, Ben-Gurion
News July 11, 2012
ZOA Responds to Questions About Pres. Trump, Kanye West, Fuentes, etc. Issue
Uncategorized July 11, 2012
Zionist Organization of America Honors Donald Trump for Support for Israel, Jewish Community
Center for Law & Justice
We work to educate the American public and Congress about legal issues in order to advance the interests of Israel and the Jewish people.
We assist American victims of terrorism in vindicating their rights under the law, and seek to hold terrorists and sponsors of terrorism accountable for their actions.
We fight anti-Semitism and anti-Israel bias in the media and on college campuses.
We strive to enforce existing law and also to create new law in order to safeguard the rights of the Jewish people in the United States and Israel.
Our Mission
ZOA STATEMENT
The ZOA speaks out for Israel – in reports, newsletters, and other publications. In speeches in synagogues, churches, and community events, in high schools and colleges from coast to coast. In e-mail action alerts. In op-eds and letters to the editor. In radio and television appearances by ZOA leaders. Always on the front lines of pro-Israel activism, ZOA has made its mark.
Connect with us
Sign up for our Newsletter