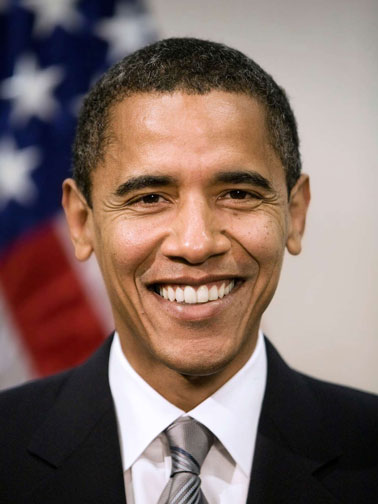 The Zionist Organization of America (ZOA) has called upon President Barack Obama to cease U.S. support for supplying weaponry to the Muslim Brotherhood and other Islamist rebels in Syria, which has been reported to be occurring in recent weeks. As the ZOA has pointed out repeatedly, the Muslim Brotherhood is an Islamist movement that has incubated Islamist terrorist movements and whose platform calls for jihad, a theocratic Muslim state, sharia law with its barbarous punishments and discrimination against non-Muslims and women.

Yet, according to a recent New York Times report, “Most of the arms shipped at the behest of Saudi Arabia and Qatar to supply Syrian rebel groups fighting the government of Bashar al-Assad are going to hard-line Islamic jihadists, and not the more secular opposition groups that the West wants to bolster, according to American officials and Middle Eastern diplomats. That conclusion, of which President Obama and other senior officials are aware from classified assessments of the Syrian conflict that has now claimed more than 25,000 lives, casts into doubt whether the White House’s strategy of minimal and indirect intervention in the Syrian conflict is accomplishing its intended purpose of helping a democratic-minded opposition topple an oppressive government, or is instead sowing the seeds of future insurgencies hostile to the United States. ‘The opposition groups that are receiving the most of the lethal aid are exactly the ones we don’t want to have it,’ said one American official familiar with the outlines of those findings, commenting on an operation that in American eyes has increasingly gone awry” (David E. Sanger, ‘Rebel Arms Flow Is Said to Benefit Jihadists in Syria,’ New York Times, October 14, 2012).

Earlier this year, President Obama signed a secret order authorizing U.S. support for rebels seeking to depose the Assad regime and that Muslim Brotherhood elements involved in the armed uprising against the Assad regime in Syria have been the beneficiaries. While the U.S. is not itself supplying lethal weapons, U.S. allies are, with U.S. knowledge and approval. Reports indicate that under the provisions of the presidential order, the U.S. is collaborating with a secret command center in Adana in southern Turkey that, along with Saudi Arabia and Qatar, Turkey had established to assist rebels (Mark Hosenball, ‘Exclusive: Obama authorizes secret U.S. support for Syrian rebels,’ Reuters, August 1, 2012). All three states are governed by Islamist regimes.

According to distinguished Middle East scholar, Barry Rubin, “… there is the shocking strategy by which Obama turned over management of the Syrian civil war to the … Turkish Islamist regime, which wanted a Muslim Brotherhood government in that neighboring country. The United States thus threw its prestige behind an exile leadership dominated by the Syrian Brotherhood. If the group had not stumbled and been rejected by the internal revolutionary forces, Obama would have been parent to a Muslim Brotherhood government in Syria. And afterward, Obama and his government made no effort to channel weapons to the anti-Islamist forces in Syria – defected officers, Kurdish nationalists, liberals, and apolitical instant warlords. Qatar and Turkey were allowed, under U.S. supervision, to arm the Brotherhood; Saudi Arabia gave weapons to the Salafists” (Barry Rubin, ‘The Powerlessness Excuse: Debunking the Claim that Obama Could Not Have Affected the “Arab Spring” and Islamist Takeovers,’ PJ Media, October 15, 2012).

ZOA National President Morton A. Klein said, “We know full well that the Baathist regime of Bashar Assad is a monstrous, murderous and dangerous regime. We look forward to the day that it falls. But we are also well aware that the situation in Syria is such that many elements in the rebel forces are themselves monstrous, murderous and dangerous Sunni Islamists belonging to the Muslim Brotherhood and similar organizations.. Such forces will not only carry out their own bloodbaths and repression should they take over in Syria, but also imperil peace and security in the region. It is a vital interest that they do not take over when and where the Assad regime leaves off.

“The ZOA has repeatedly argued from the outset that President Obama’s policy of empowering and legitimizing the extremist, jihadist Muslim Brotherhood is a terrible mistake with huge negative consequences for the region, U.S. interests and the security of Israel.

“We urge President Obama to immediately ensure that Islamist rebels like the Muslim Brotherhood do not receive aid or arms from our Middle Eastern allies.”

We would love to hear from you! Please fill out this form and we will get in touch with you shortly.
Trending Z
Uncategorized October 17, 2012
FLASH: ISRAEL-JORDAN PEACE TREATY (1994) GUARANTEES JEWS ACCESS TO THE TEMPLE MOUNT – LET MY PEOPLE PRAY
Uncategorized October 17, 2012
ZOA Analysis: Most American Rabbis Who Are Boycotting Some Israeli Ministers Are From Extremist Left Wing Groups (J Street; T’ruah; JVP)
Uncategorized October 17, 2012
Israel’s “Right of Return” Grandparent Clause is De-Judaizing the Jewish State – Eliminate It
Uncategorized October 17, 2012
Exclusive: ZOA Accuses Ilhan Omar of Hating the U.S. ‘as Much as Israel,’ Lauds Kevin McCarthy for ‘Throwing Her Off the HFAC’
Center for Law & Justice
We work to educate the American public and Congress about legal issues in order to advance the interests of Israel and the Jewish people.
We assist American victims of terrorism in vindicating their rights under the law, and seek to hold terrorists and sponsors of terrorism accountable for their actions.
We fight anti-Semitism and anti-Israel bias in the media and on college campuses.
We strive to enforce existing law and also to create new law in order to safeguard the rights of the Jewish people in the United States and Israel.
Our Mission
ZOA STATEMENT
The ZOA speaks out for Israel – in reports, newsletters, and other publications. In speeches in synagogues, churches, and community events, in high schools and colleges from coast to coast. In e-mail action alerts. In op-eds and letters to the editor. In radio and television appearances by ZOA leaders. Always on the front lines of pro-Israel activism, ZOA has made its mark.
Connect with us
Sign up for our Newsletter