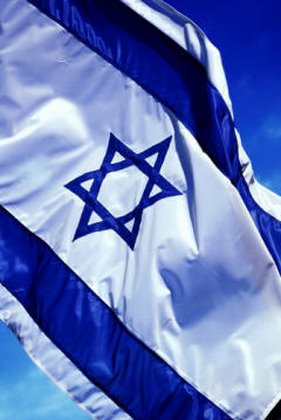 New polls have shown that by ratios of more than four-to-one, Americans sympathize with Israelis over Palestinians, both generally and in the current conflict in Gaza and, by more than two-to-one, regard Israel as justified in taking military action against Hamas in Gaza.

In other results, the same poll found in answer to the question, “Do you think Israel was justified or unjustified in taking military action against Hamas and the Palestinians in the area known as Gaza?” – 57% of Americans said Israel was justified, while only 25% said that Israel was not. (These results are consistent with those produced in January 2009, at the time of Israel’s military operation in Gaza, Operation Cast Lead, which was viewed as justified by 63% of Americans, as against 31% who said it was not) (CNN/ORC International poll, November 19, 2012)

Also, a Rasmussen poll found that 57% of Americans blame the escalating military conflict on the Palestinians, whereas only 12% blame the Israelis for it (‘47% Say U.S. Should Stay Out of Escalating Gaza Situation,’ Rasmussen Reports, November 20, 2012).

ZOA National President Morton A. Klein said, “This latest survey shows that Americans continue to display strong support for Israel as a U.S. ally and clarity of understanding as to the nature of the Arab war on Israel.

“Americans are showing that they understand Israel did not launch attacks – Israel was attacked. They understand that Israel cannot sit on its hands when its citizens are assaulted by hundreds of rockets – it needs to act to stop these attacks.

“These findings are also consistent with numerous surveys (a list of which can be found here) taken by a range of pollsters indicating strong and clear American public support for Israel over the Palestinians.”

We would love to hear from you! Please fill out this form and we will get in touch with you shortly.
Trending Z
News November 20, 2012
Fox News Joins ZOA in Exposing ADL’s Dangerous, Extremist “Educational” Programs & Joins JNS Editor Tobin in Urging Firing ADL CEO Jonathan Greenblatt
Uncategorized November 20, 2012
U.S. Amb. to Israel Thomas Nides Endangers Israel’s Security & Interferes with Israeli Sovereignty, Violating International Law
ZOA in the news November 20, 2012
ZOA Slams Extreme Anti-Israel Berkeley Law School Bylaw | Israel National News – Arutz Sheva
News November 20, 2012
ZOA Takes Legal Action Against Anti-Israel Speech from Clifton, NJ Board of Education Commissioners – The Jewish Press
Center for Law & Justice
We work to educate the American public and Congress about legal issues in order to advance the interests of Israel and the Jewish people.
We assist American victims of terrorism in vindicating their rights under the law, and seek to hold terrorists and sponsors of terrorism accountable for their actions.
We fight anti-Semitism and anti-Israel bias in the media and on college campuses.
We strive to enforce existing law and also to create new law in order to safeguard the rights of the Jewish people in the United States and Israel.
Our Mission
ZOA STATEMENT
The ZOA speaks out for Israel – in reports, newsletters, and other publications. In speeches in synagogues, churches, and community events, in high schools and colleges from coast to coast. In e-mail action alerts. In op-eds and letters to the editor. In radio and television appearances by ZOA leaders. Always on the front lines of pro-Israel activism, ZOA has made its mark.
Connect with us
Sign up for our Newsletter