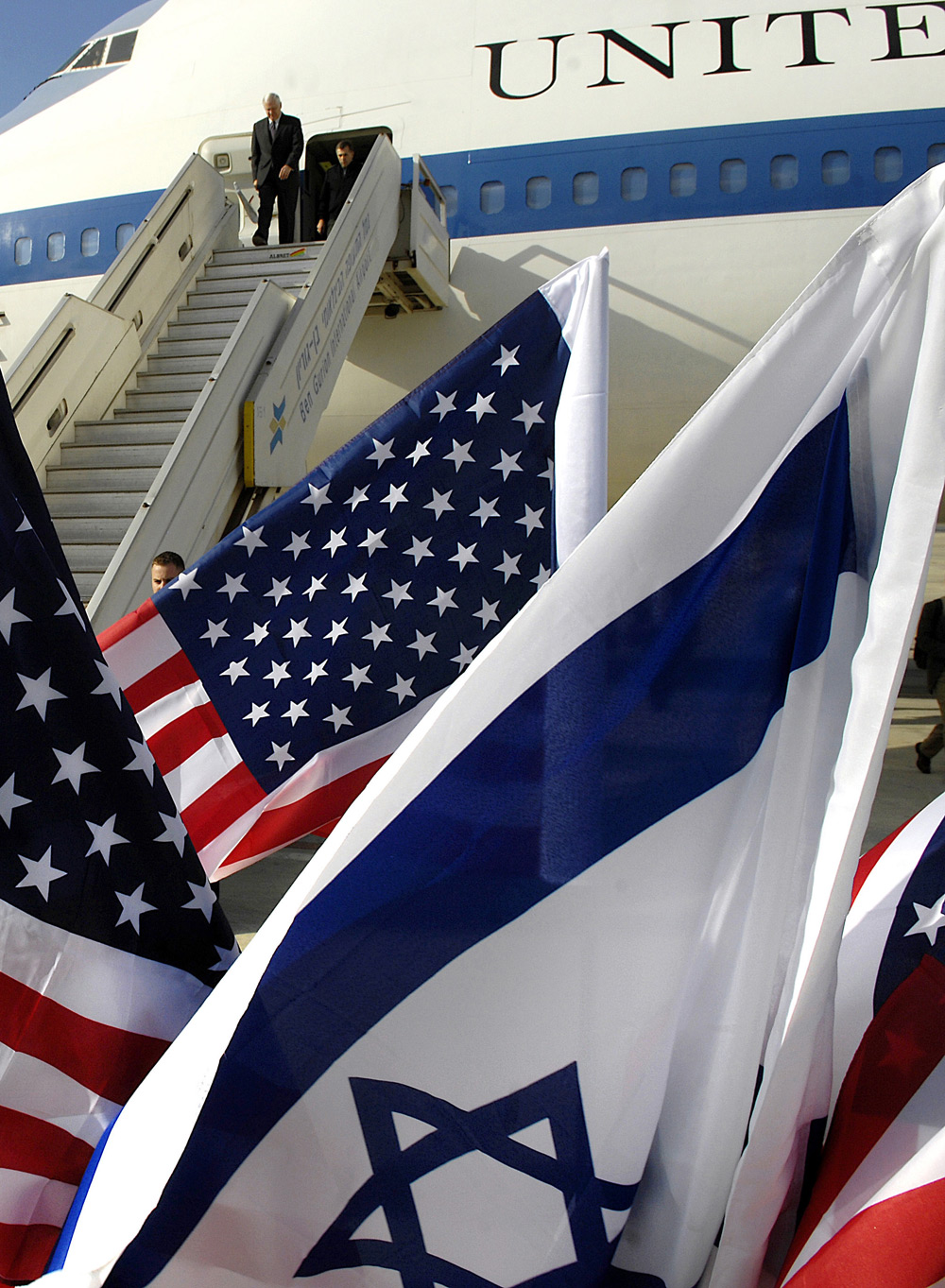 ZOA Welcomes Pres. Obama’s Personally Stating Israel’s Right To Self-Defense – Yet Diminishes This By Pressuring Israel Not to ‘Ramp Up’ Response
News

The Zionist Organization of America (ZOA) has welcomed and praised President Barack Obama’s personally and publicly stating Israel’s right to defend itself against Hamas rocket attacks upon Israel, yet at the same time, it has expressed concern that President Obama diminished this support by publicly pressuring Israel not to embark on an enlarged military operation in Gaza, which Israel may deem necessary to deal with the attacks and the threat they pose. The ZOA is also concerned that President Obama has not condemned by name Hamas, the genocidal terrorist group that controls Gaza and which is responsible for attacks upon Israel emanating from Gaza.

Speaking in Bangkok, Thailand, President Obama said, “There’s no country on earth that would tolerate missiles raining down on its citizens from outside its borders … We are fully supportive of Israel’s right to defend itself … If this can be accomplished without a ramping up of military activity in Gaza, that is preferable, that’s not just preferable for the people of Gaza, it’s also preferable for Israelis because if Israeli troops are in Gaza they’re much more at risk of incurring fatalities or being wounded” (‘Obama: “Preferable” to avoid Israeli ground invasion of Gaza,’ Independent Media Review Analysis, November 18, 2012).

ZOA National President Morton A. Klein said, “We welcome President Obama’s public condemnation of the rocket attacks upon Israel. It is indeed, intolerable, as the President says, that Israel is under assault. Israel deserves the full support of its allies in conducting military operations with a view to preventing a repetition of these attacks.

“In this context, we are perplexed that while President Obama states that he is ‘fully supportive’ of Israel’s right of self-defense, he then proceeded to limit that support by saying that it is ‘preferable’ that Israel not ‘ramp up’ its military activities. (We note Israel’s right to self-defense is a natural, G-d-given right – not a right given to Israel by any country or leader). Israel has massed thousands of troops adjacent to Gaza. Clearly, it is the view of Israel that dealing with these rocket attacks might require the use of ground forces and a larger military operation than we have already seen. Clearly, Israel does not want to harm civilians or suffer dead and wounded among its soldiers, but if it deems an enlarged operation to be necessary, will the President support Israel when it does so?

“The U.S. has fought for years in Iraq. It has fought for years in Afghanistan, where President Obama deemed it necessary to send in a greatly enlarged ground force to deal with the terrorists we are confronting and to keep U.S. forces there for all of his four years in office. During these U.S. wars, tens thousands of civilians were killed, tragedies that occur in war and the U.S. has continued to this day to maintain forces in Afghanistan, fighting the Taliban so they are weakened to the extent that they are unable to attack America again. Both Presidents George W. Bush and Barack Obama enlarged forces in our conflict with terrorists. Why then, if Israel deems it necessary to dispatch ground troops into Gaza to deal with terrorists on Israel’s doorstep, should the President pressure Israel not to do so?

“By saying publicly that he prefers that Israel not engage in ‘ramping up of military activity in Gaza,’ President Obama is placing enormous pressure on Israel’s government not to undertake that which it might regard as vital to its defense and long-term security. After all, if Israel does not destroy Hamas’ infrastructure and prevent it importing further armaments and missiles into Gaza in the future, Israel will simply be attacked at some future point with more deadly weapons and in larger quantity.

“Pressuring Israel not to take such action is far from being ‘fully supportive of Israel’s right to defend itself.’ Indeed, if President Obama is saying in public that he prefer that Israel not undertake an enlarged military operation, what must he be saying to Israeli Prime Minister Benjamin Netanyahu’s government in private?”

We would love to hear from you! Please fill out this form and we will get in touch with you shortly.
Trending Z
Uncategorized November 19, 2012
ZOA Analysis: Most American Rabbis Who Are Boycotting Some Israeli Ministers Are From Extremist Left Wing Groups (J Street; T’ruah; JVP)
Uncategorized November 19, 2012
ZOA: Israel’s Reasonable Judicial Reform Proposals Are Good for Democracy, the Rule of Law and the Economy
Uncategorized November 19, 2012
Israel’s “Right of Return” Grandparent Clause is De-Judaizing the Jewish State – Eliminate It
News November 19, 2012
ZOA is Disappointed, Offended and Frightened by 211 U.S. House Votes Supporting Jew-Hating, Israel-Hating Rep. Ilhan Omar
Center for Law & Justice
We work to educate the American public and Congress about legal issues in order to advance the interests of Israel and the Jewish people.
We assist American victims of terrorism in vindicating their rights under the law, and seek to hold terrorists and sponsors of terrorism accountable for their actions.
We fight anti-Semitism and anti-Israel bias in the media and on college campuses.
We strive to enforce existing law and also to create new law in order to safeguard the rights of the Jewish people in the United States and Israel.
Our Mission
ZOA STATEMENT
The ZOA speaks out for Israel – in reports, newsletters, and other publications. In speeches in synagogues, churches, and community events, in high schools and colleges from coast to coast. In e-mail action alerts. In op-eds and letters to the editor. In radio and television appearances by ZOA leaders. Always on the front lines of pro-Israel activism, ZOA has made its mark.
Connect with us
Sign up for our Newsletter