Arab media is livid – as always – that Jews have the audacity to visit the site of the first and second Temples, especially during a holiday that celebrates the re-dedication of that same Temple.

Qudsmedia notes – correctly – that the Jews are making visiting the site a daily occurrence, with the intent that it is considered a basic right and that Arabs would get used to it. The Muslims are bringing in lots of Muslim students from schools on field trips to strengthen their own presence there.

More than sixty settlers stormed the Al-Aqsa mosque before prayers Monday afternoon via the Mughrabi Gate, and organized a tour in various parts of the al-Aqsa mosque interspersed with performing some biblical and Talmudic rituals, all amid tight security by the occupation forces. They were storming collectively and in two batches, and an atmosphere of tension and anger to this intrusion and desecration prevailed, in the presence of hundreds of Muslim students in the project to revive interest in the Al-Aqsa Mosque.

Here are a couple of photos of the evil Jewish desecrators, in what looks like a nice Chanukah field trip: 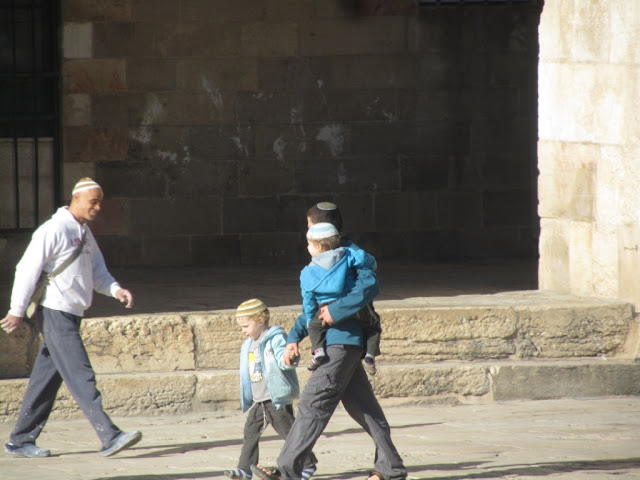 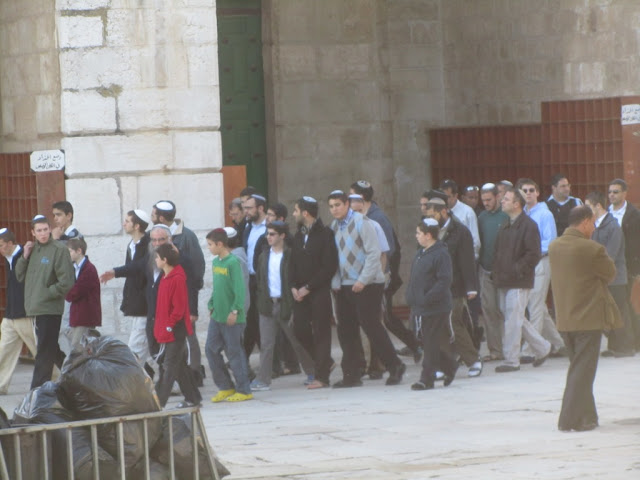 We would love to hear from you! Please fill out this form and we will get in touch with you shortly.
Trending Z
Uncategorized December 13, 2012
FLASH: ISRAEL-JORDAN PEACE TREATY (1994) GUARANTEES JEWS ACCESS TO THE TEMPLE MOUNT – LET MY PEOPLE PRAY
Uncategorized December 13, 2012
ZOA Analysis: Most American Rabbis Who Are Boycotting Some Israeli Ministers Are From Extremist Left Wing Groups (J Street; T’ruah; JVP)
Uncategorized December 13, 2012
Israel’s “Right of Return” Grandparent Clause is De-Judaizing the Jewish State – Eliminate It
Uncategorized December 13, 2012
Exclusive: ZOA Accuses Ilhan Omar of Hating the U.S. ‘as Much as Israel,’ Lauds Kevin McCarthy for ‘Throwing Her Off the HFAC’
Center for Law & Justice
We work to educate the American public and Congress about legal issues in order to advance the interests of Israel and the Jewish people.
We assist American victims of terrorism in vindicating their rights under the law, and seek to hold terrorists and sponsors of terrorism accountable for their actions.
We fight anti-Semitism and anti-Israel bias in the media and on college campuses.
We strive to enforce existing law and also to create new law in order to safeguard the rights of the Jewish people in the United States and Israel.
Our Mission
ZOA STATEMENT
The ZOA speaks out for Israel – in reports, newsletters, and other publications. In speeches in synagogues, churches, and community events, in high schools and colleges from coast to coast. In e-mail action alerts. In op-eds and letters to the editor. In radio and television appearances by ZOA leaders. Always on the front lines of pro-Israel activism, ZOA has made its mark.
Connect with us
Sign up for our Newsletter