“After the California Assembly passed resolution HR 35, which “Calls upon officials of California public post secondary educational institutions to increase their efforts to condemn acts of anti-Semitism on their campuses,” the University of California Students Association Board of Directors drafted a petition which opposes HR 35.”

Barry Rubin: A Turning Point in Egypt: Not on Direction But on the Speed of Islamist Transformation

“President Mursi has rescinded much of his decree claiming total power right now. But he could accomplish much the same thing after the Constitution is confirmed and perhaps by forcing reinstatement of the parliament whose election was declared invalid by a court. At any rate, Mursi’s concession has not quieted the demonstrations–another sign that concessions in the Middle East don’t bring agreements–and so this crisis isn’t going away.
There are three broad possibilities: the regime will fall; the opposition will be repressed; or there will be an increasingly violent civil war.“

“The Roman statesman Cato the Elder is remembered by history for concluding his speeches with the words, “Carthage must be destroyed.” Today, the refrain from Hamas is that “Israel must be destroyed” – and Fatah wants to unite with them. The international response? Negotiations with Fatah/PA. Where the facts are so radically at variance with received wisdom, change comes hard and slow. But until Israel drops the politically correct pretense that the Abbas regime is a peace-maker, it is difficult to imagine this changing.”

“Reps. Ileana Ros-Lehtinen (R-Fla.), Howard Berman (D-Calif.), Edward Royce (R-Calif.) and Eliot Engel (D-N.Y.) are circulating the letter that says the lawmakers are “deeply disappointed and upset that the Palestinian leadership rebuffed the entreaties of your Administration and the Congress” by requesting non-member observer state status at the United Nations.”

“The army carried out searches overnight of offices in Ramallah used by the Popular Front for the Liberation of Palestine terrorist organization, an IDF spokeswoman said on Tuesday.”

“At a press briefing a senior IDF officer in the West Bank defended the army’s policy of restraint. “The policy has led to safer roads and fewer casualties. Had we fired indiscriminately during the many protests surrounding Operation Pillar of Defense and shot at every 13-year-old stone thrower, then we would have seen the operation spill over to the West Bank,” he said.”

“But no less disturbing to them should be the fact that a campaigning organization such as the ISM – the whole raison d’etre of which is to discredit, defame and destroy Israel – is capable of being more open and honest about Hamas oppression of women than the BBC.”

“Eden Hazard has denied any involvement with a petition released last Friday supporting Palestinian Arab groups and protesting the European Under 21 Championship, which is scheduled to be held in Israel next year.
The petition was organized by former Tottenham and Sevilla striker Frederic Kanoute, and also featured the name of former Chelsea star Didier Drogba, who has since denied involvement.”

Obama planning direct talks with Iran; US will strike in 4-5 months if they don’t bear fruit, Israeli TV report says
Channel 10 News says US president keeping Israel out of the loop, holds Netanyahu personally responsible for leaks from UN reports

“The channel’s veteran diplomatic correspondent Emmanuel Rosen reported that President Barack Obama had decided to bypass Prime Minister Benjamin Netanyahu, and leave Israel out of the loop. Rosen said that Obama believed Netanyahu was personally behind a recent series of purported leaks from reports produced by the UN’s International Atomic Energy Association (IAEA) about the Iranian program.”

Iran: Proud of Our Support for Hamas and Islamic Jihad
Iran boasts close relations with the terrorist organizations operating in Gaza, says the relations are better than ever.

“Iran is continuing to boast close relations with the terrorist organizations operating in Gaza.
A spokesman for Iran’s Foreign Ministry said on Tuesday that the relations between Iran and both Hamas and the Islamic Jihad are better than they have ever been.”

Anti-Semitism ‘doubled’ after Middle East conflict
Police have been asked to take “proactive measures” to prevent further anti-Semitic incidents across Britain, after November’s Israel-Gaza clashes prompted a spike in anti-Semitism.

“The Community Security Trust (CST), which monitors anti-Semitic incidents, suggested a possible doubling in the total number took place during one week in the London area as a result of violence in the Middle East.”

“The Dutch Central Jewish Board condemned two recent incidents involving the sale by museums of debris from Nazi concentration camps.
On Sunday, the board issued a statement slamming the sale of debris from Camp Vught, which was a transit camp for Jews located in the southern Netherlands.”

British PM Announces First ‘Tech Envoy to Israel’
British PM announced creation of a “tech envoy to Israel” as part of a move to encourage further co-ordination between the two countries.

“Just last week the Tech Hub and UKTI brought over 19 Israeli tech companies over here to meet the best of British companies and investors. And I am delighted to announce today that we are appointing Saul Klein, someone with huge experience in early-stage investment, to be the UK’s first tech envoy to Israel,” Cameron continues.

Israel’s China challenge
The world’s second-largest economic power knows very little about Israel, although those who wish us ill have been telling it plenty. We should and can change that, and the sooner the better

“Younger Chinese journalists, by contrast, are less focused on Palestinian cries of victimhood, unimpressed by the underdeveloped and failing Arab states, and more excited by the innovation and creativity of Israel. Set against that, though, is the party’s traditional identification with the underdog, since China sees itself as constantly filling that role itself, whether in its relationship to the British, the West, and/or the Japanese. The Chinese recognize that Israel is tiny and outnumbered, but Israel has the US in its corner, so that leaves the Palestinians as underdogs. The IDF and the Mossad enjoy almost mythical status here, but again, that leaves the Palestinians as the weaker party.”

Navajo Nation president arrived in Israel amid Hanukkah celebrations, to learn about the country’s agricultural programs and tourism.

Israel Daily Picture: Who Was the American Preacher Who Took This Rare 1859 Picture of the Western Wall? 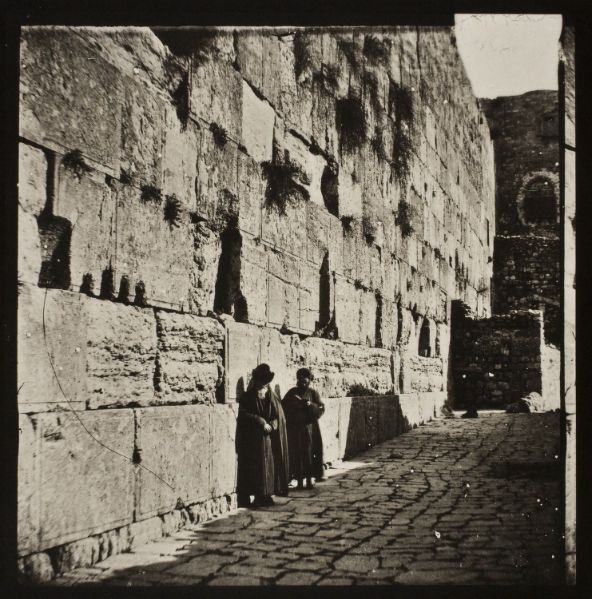 It was Mendel Diness who also took this photo of a derelict looking Dome of the Rock in 1859. 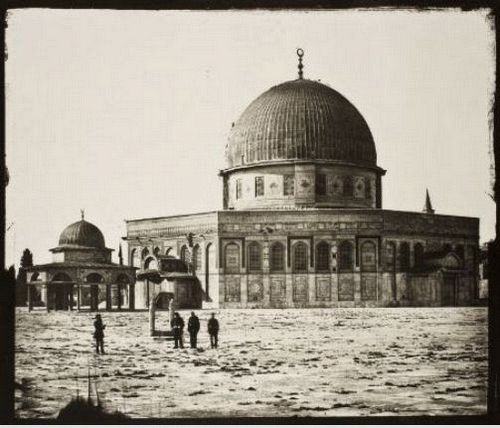 Also:
The day of the dhimmi is done

The first war of national liberation

How do goods get to Gaza? (IDF Blog)

We would love to hear from you! Please fill out this form and we will get in touch with you shortly.
Trending Z
News December 12, 2012
ZOA Condemns U.S. State Dept. & U.S. Amb. Nides For Siding with Antisemitic, Discriminatory Palestinian & Hamas Terrorists re: the Temple Mount, Violating Jews’ Religious Freedom
News December 12, 2012
ZOA’s Klein JPost Op-Ed: There is Nothing Extreme About Israel’s New Government
Uncategorized December 12, 2012
FLASH: ISRAEL-JORDAN PEACE TREATY (1994) GUARANTEES JEWS ACCESS TO THE TEMPLE MOUNT – LET MY PEOPLE PRAY
Uncategorized December 12, 2012
ZOA Analysis: Most American Rabbis Who Are Boycotting Some Israeli Ministers Are From Extremist Left Wing Groups (J Street; T’ruah; JVP)
Center for Law & Justice
We work to educate the American public and Congress about legal issues in order to advance the interests of Israel and the Jewish people.
We assist American victims of terrorism in vindicating their rights under the law, and seek to hold terrorists and sponsors of terrorism accountable for their actions.
We fight anti-Semitism and anti-Israel bias in the media and on college campuses.
We strive to enforce existing law and also to create new law in order to safeguard the rights of the Jewish people in the United States and Israel.
Our Mission
ZOA STATEMENT
The ZOA speaks out for Israel – in reports, newsletters, and other publications. In speeches in synagogues, churches, and community events, in high schools and colleges from coast to coast. In e-mail action alerts. In op-eds and letters to the editor. In radio and television appearances by ZOA leaders. Always on the front lines of pro-Israel activism, ZOA has made its mark.
Connect with us
Sign up for our Newsletter