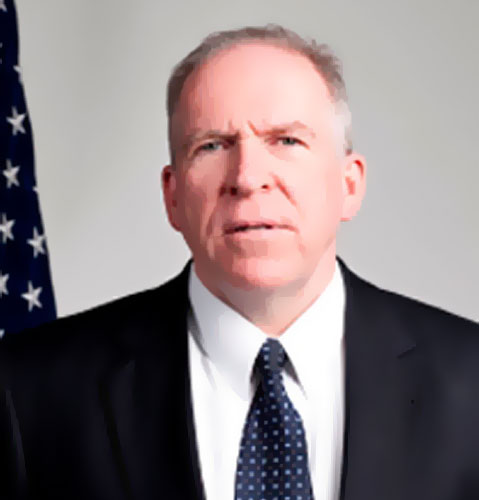 The Zionist Organization of America (ZOA) has expressed concern at and opposition to the nomination by President Barack Obama of John O. Brennan to head the Central Intelligence Agency (CIA). The ZOA has pointed out that John Brennan, who is currently President Obama’s chief security adviser for counter-terrorism, has been a leading figure in the failure of the Obama Administration to name the enemy – radical Islam – waging war on the U.S.; has called Jerusalem by its Arabic name, Al-Quds, has whitewashed the Lebanese terrorist group, Hizballah; and been implicated in serious intelligence failures:

ZOA National President Morton A. Klein said, “One of our biggest failings in dealing with Islamist extremism at home and abroad has been the failure to acknowledge that the extremism is rooted in religion. This does not mean all Muslims are enemies – in fact, it is important to have Muslim moderates fighting on our side – but it does mean that we have to confront the fact that the inspiration for the terrorists’ hostility and that of their supporters and enablers here and overseas stems from their religious beliefs.

“That being the case, it is deeply worrying that the Obama Administration continues to deny this and refuses to educate the American public and, no less important, U.S. military and intelligence, on the nature of the enemy. Major counter-terrorism manuals, for example, the February 2010 Quadrennial Homeland Security Review Report, do not even refer to Islamic extremism or jihad. Yet it is jihad – the use of war to extend and perpetuate the dominion of Islam over non-believers – that motivates the terrorists we are fighting.

“America does not become at peace with radical Islamic terrorists who regard themselves at war with the United States simply by choosing to ignore the ideology that animates them.

“Are people aware that, in October 2011, the Obama administration recalled all training materials used for the law enforcement and national security agencies in order to eliminate all references to Islam, following objections from the Council on American-Islamic Relations (CAIR) and the Muslim Public Affairs Council (MPAC)? These are both Muslim Brotherhood linked, Islamist organizations.

“In that context, the nomination of John Brennan for head of the CIA – someone who has whitewashed Hizballah as a moderating, legitimate political group, pretends jihad is a harmless and unproblematic Muslim religious obligation, and called Jerusalem Al-Quds – is deeply worrying and a further sign of the disastrously wrong direction the Obama Administration is taking the U.S.”

We would love to hear from you! Please fill out this form and we will get in touch with you shortly.
Trending Z
News January 8, 2013
At ZOA Gala Secy Pompeo Gave the Greatest, Most Pro-Israel Speech Ever Delivered by a Public Official
News January 8, 2013
Dershowitz in Arutz 7: NYC’s Temple Emanu-El Silences a Pro-Israel Voice & Promotes an Anti-Israel Voice
Uncategorized January 8, 2013
Jewish Press: Has Deborah Lipstadt Undercut Both Herself and Future Antisemitism Envoys?
News January 8, 2013
NEW YORK POST: Democratic Leaders’ Shocking Silence Over Attacks on Israel by Fellow Dems
Our Mission
ZOA STATEMENT
The ZOA speaks out for Israel – in reports, newsletters, and other publications. In speeches in synagogues, churches, and community events, in high schools and colleges from coast to coast. In e-mail action alerts. In op-eds and letters to the editor. In radio and television appearances by ZOA leaders. Always on the front lines of pro-Israel activism, ZOA has made its mark.
Center for Law & Justice
We work to educate the American public and Congress about legal issues in order to advance the interests of Israel and the Jewish people.
We assist American victims of terrorism in vindicating their rights under the law, and seek to hold terrorists and sponsors of terrorism accountable for their actions.
We fight anti-Semitism and anti-Israel bias in the media and on college campuses.
We strive to enforce existing law and also to create new law in order to safeguard the rights of the Jewish people in the United States and Israel.
Connect with us
Sign up for our Newsletter