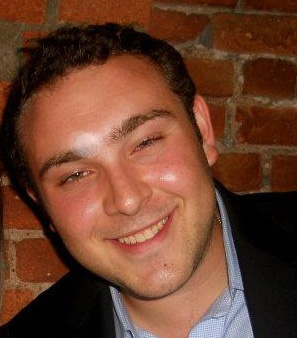 BDS has nothing to do with academic freedom.
Blogs

When Brooklyn College’s Students for Justice in Palestine brought Omar Barghouti, the father of the anti-Israel boycott, divest, sanctions (BDS) movement to campus earlier this month, they used poor judgment but were well within their rights.  Luckily for students in America, our laws respect free speech no matter how asinine the issue advocated may be.  What caused the controversy at Brooklyn College wasn’t the mere presence of the anti-Semitic Barghouti, but the political science department’s decision to endorse the event.

After all, Brooklyn College is a public institution with a sizeable Jewish population. Many students who may not agree with boycotting and banning of everything Israeli could be hesitant to voice their opinion out of fear of academic repercussion. This could be described as having a chilling effect on freedom of speech, enabling what supporters of Barghouti at Brooklyn sought to prevent.

This paradigm of incompetence from the anti-Israel movement is nothing new.  For years they have been nitpicking Israeli decisions.  Now they seek to silence advocates of Israel through social and academic retaliation, hoping that if enough people approve of their hateful message it will silence those who disagree.  With time these vendettas against Israel have become increasingly inconsistent, but ironically more mainstream.  Part of this has to do with the anti-Israel movement using the liberal legal systems of both Israel and America to undermine democratic participation from those who disagree with their opinion.

When Barghouti came to Brooklyn many people and organizations rightfully protested the Political Science department’s involvement in the event.  However, no one denied the fact that Barghouti should be allowed to speak; we only protested the government run school’s involvement in bringing him to speak.  In response, Brooklyn College President Karen Gould said, “As an institution of higher education, it is incumbent upon us to uphold the tenets of academic freedom.” It’s a call that Mayor Michael Bloomberg, J-Street and other leftist groups and publications echoed, as well.

Yet, in all of these calls for “academic freedom,” not one person challenged Barghouti on the fact that he calls for an academic boycott of all Israeli institutions or the fact that the free exchange of ideas is wonderful, unless you are from Israel or support anything Israeli. How is promoting the blind collective punishment of anyone and anything that has any semblance of a connection to Israel upholding the tenets of “academic freedom?”

The attempt to isolate and demonize the Jewish people through boycott is a classic case of anti-Semitism. I am sure that few BDSers know this, but the first nationwide action plan against the Jews in Nazi Germany was a boycott against Jewish businesses and professionals for the supposed evils they were committing against Germany. Soon after the boycott started, the Nazis fired all Jewish government workers and forced every Jew to wear a yellow star so they were easily identifiable.

The BDS movement wants international businesses to close down Israeli operations, divest their portfolios from Israeli companies and boycott everything that even so much as touches a Hebrew letter. We have been down this road before.  The roots of the BDS movement are too eerily familiar; they merely substitute the word Jew for Israeli or Zionist. Instead of the Jews harming Germany, it’s Zionists harming Palestinians. Instead of the Jews stealing from Germany, it’s Israelis stealing from Palestinians.

If anyone wants to support academic freedom, or freedom at all, they should start by denouncing the BDS movement, which seeks to destroy it for those they disagree with. A public institution built on the backs of taxpayers, many of them Jewish and with a deep connection to Israel, should not be party to an event that inappropriately condemns Israel.

We would love to hear from you! Please fill out this form and we will get in touch with you shortly.
Trending Z
Uncategorized February 28, 2013
FLASH: ISRAEL-JORDAN PEACE TREATY (1994) GUARANTEES JEWS ACCESS TO THE TEMPLE MOUNT – LET MY PEOPLE PRAY
Uncategorized February 28, 2013
ZOA Analysis: Most American Rabbis Who Are Boycotting Some Israeli Ministers Are From Extremist Left Wing Groups (J Street; T’ruah; JVP)
Uncategorized February 28, 2013
Israel’s “Right of Return” Grandparent Clause is De-Judaizing the Jewish State – Eliminate It
Uncategorized February 28, 2013
Exclusive: ZOA Accuses Ilhan Omar of Hating the U.S. ‘as Much as Israel,’ Lauds Kevin McCarthy for ‘Throwing Her Off the HFAC’
Center for Law & Justice
We work to educate the American public and Congress about legal issues in order to advance the interests of Israel and the Jewish people.
We assist American victims of terrorism in vindicating their rights under the law, and seek to hold terrorists and sponsors of terrorism accountable for their actions.
We fight anti-Semitism and anti-Israel bias in the media and on college campuses.
We strive to enforce existing law and also to create new law in order to safeguard the rights of the Jewish people in the United States and Israel.
Our Mission
ZOA STATEMENT
The ZOA speaks out for Israel – in reports, newsletters, and other publications. In speeches in synagogues, churches, and community events, in high schools and colleges from coast to coast. In e-mail action alerts. In op-eds and letters to the editor. In radio and television appearances by ZOA leaders. Always on the front lines of pro-Israel activism, ZOA has made its mark.
Connect with us
Sign up for our Newsletter