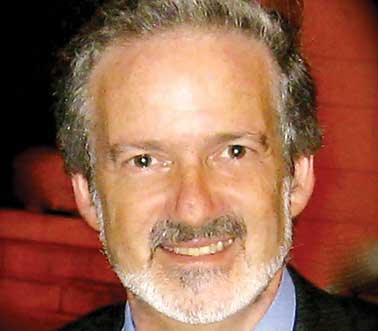 Among the150,000 buried on the Mount of Olives (Har Hazeitim) — in Judaism’s largest, oldest and holiest cemetery — rest 228 lone soldiers (known as chayalim bodedim) who once fought and died for the establishment of the State of Israel and in defense of Jerusalem. Throngs head for Mount Herzl on Yom Hazikaron, Israel’s Memorial Day, to grieve for and honor the ultimate sacrifice made by the soldiers lying there. But the brave soldiers buried on the Mount of Olives, many of whom are Shoah survivors left completely bereft of family members, have for the most part been abandoned on this day.

Last year, Zionist Organization of America (ZOA) Israel Director Jeff Daube participated in an exceptional program initiated by Tzi’irim Lema’an Yerushalayim (Youth for Jerusalem), which brought 200 students from a local high school to the Mount of Olives to visit the grave sites of many of the 228. The students came with narratives about the fallen soldiers, yahrzeit (memorial) candles and flowers. If only for a day, these lone soldiers had a new family of young people to commemorate their heroic deeds.

Determined to establish a continuing Yom Hazkiron tradition of visiting these graves, ZOA Israel invited the nearby Yeshivat HaKotel to bring its students this year. The International Committee for the Preservation of Har Hazeitim (ICPHH), with which the ZOA has been collaborating on a number of projects to save the cemetery and its environs from violence and vandalism, and to educate the public about the mountain’s significance and its importance regarding Israeli sovereignty over a united Jerusalem, was a natural fit for this project as well.

The administration of Yeshivat Hakotel embraced the concept of honoring the fallen lone soldiers, and sent a passionate group of young men led by the school’s Director of Development, Don Kates, to join the ZOA and ICPHH in a heartwarming program. Several of the students are themselves lone soldiers.

After initial remarks at the graves of Prime Minister Menachem Begin z”l, and Moshe Barzani z”l and Meir Feinstein z”l (who killed themselves in 1947 rather than be hanged by the British, and next to whom Begin asked to be buried), the students together with the ZOA and ICPHH participants lit candles and recited prayers at some of the lone soldiers’ graves.

Everyone was touched by the meaning of the day and the activity, and committed to making this an annual event. Daube and Kates each commented that this marked the beginning of more such cooperative efforts in the future to benefit all of those buried on the Mount of Olives and their visiting families, as well as to develop the cemetery’s educational potential, for example in connection with the historical figures and luminaries who are buried there, and to promote a better understanding of its national import.

We would love to hear from you! Please fill out this form and we will get in touch with you shortly.
Trending Z
News April 17, 2013
ZOA Condemns U.S. State Dept. & U.S. Amb. Nides For Siding with Antisemitic, Discriminatory Palestinian & Hamas Terrorists re: the Temple Mount, Violating Jews’ Religious Freedom
Uncategorized April 17, 2013
FLASH: ISRAEL-JORDAN PEACE TREATY (1994) GUARANTEES JEWS ACCESS TO THE TEMPLE MOUNT – LET MY PEOPLE PRAY
Uncategorized April 17, 2013
ZOA Analysis: Most American Rabbis Who Are Boycotting Some Israeli Ministers Are From Extremist Left Wing Groups (J Street; T’ruah; JVP)
Uncategorized April 17, 2013
Israel’s “Right of Return” Grandparent Clause is De-Judaizing the Jewish State – Eliminate It
Center for Law & Justice
We work to educate the American public and Congress about legal issues in order to advance the interests of Israel and the Jewish people.
We assist American victims of terrorism in vindicating their rights under the law, and seek to hold terrorists and sponsors of terrorism accountable for their actions.
We fight anti-Semitism and anti-Israel bias in the media and on college campuses.
We strive to enforce existing law and also to create new law in order to safeguard the rights of the Jewish people in the United States and Israel.
Our Mission
ZOA STATEMENT
The ZOA speaks out for Israel – in reports, newsletters, and other publications. In speeches in synagogues, churches, and community events, in high schools and colleges from coast to coast. In e-mail action alerts. In op-eds and letters to the editor. In radio and television appearances by ZOA leaders. Always on the front lines of pro-Israel activism, ZOA has made its mark.
Connect with us
Sign up for our Newsletter