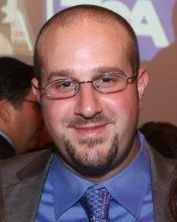 On April 10th I found myself at one of the most important battles for Israel this year.  Far from the deserts of the Middle East, this battle was taking place in a sunny paradise in Isla Vista, California at the University of California Santa Barbara (UCSB).  In the place of rockets and suicide bombers, Israel’s enemies in the West have launched an organized campaign of negative propaganda and disinformation.  This campaign has been focused on American college campuses where students come with open minds and a willingness to learn.  Israel’s detractors have launched a number of propaganda campaigns to shift the narrative and paint Israel as things it is not.  They level accusations of “human rights abuses,” “apartheid” governing practices, and “illegal occupation.”

Every accusation they make can be defeated by simply looking at the facts, but their campaign of disinformation disregards factual evidence in favor of repeating impassioned lies often enough to be accepted as truths.  If you’ve ever debated the issues with an anti-Israel activist, you will notice every other word out of their mouth is “occupation.”  They are taught to sneak in words like “occupation” to delegitimize Israel’s claims and control of the land.  But from whom is Israel “occupying” Judea and Samaria (West Bank), the Jewish heartland?  There has never existed an independent Palestinian Arab state.  “Palestinian” nationalism was only created in response to the founding of a Jewish state.  During the 19 years (1948-1967) of Jordanian occupation of the West Bank and Egyptian occupation of the Gaza Strip, Palestinian Arabs were launching Fedayeen attacks on Israel and Israeli civilians.  The Palestine Liberation Organization (PLO) was founded in 1964, three years before the Six Day War and Israel’s capture of territory from Jordan and Egypt.  When anti-Israel activists refer to “occupation” they are not talking about the West Bank and Gaza Strip, they are talking about every inch of Israel.  Palestinian Arab children are educated with textbooks showing no trace of Israel; the whole map of the land is labeled Palestine.

And it is from this background of non-acceptance that the Boycott, Divestment, and Sanctions (BDS) movement was formed.  BDS relies on anti-Israel students to introduce a bill on divestment before the student government.  They then launch a negative propaganda campaign against Israel to convince the student government to adopt the bill and divest from companies that do business with Israel.  Though a number of student governments at universities in California have adopted divestment bills (UC Irvine, UC Riverside, UC San Diego, and UC Berkeley), the University of California Regents, the body which governs the entire UC system and has control over allocation of funds, has said it would not take any divestment action regarding Israel.  So if the BDS movement has never resulted in any actual divestment, why does it continue to spread to universities across the United States?  Anti-Israel activists are using this campaign as a means to publicly demonize Israel.  The BDS movement attracts a good deal of media attention and buzz around the campus.  The passage of a divestment bill also serves to alienate Jewish students and supporters of the Jewish homeland from their elected leaders in the student government.  As a result of this marginalization, the Associated Students (student government) at UC Riverside voted to drop the divestment resolution they had previously passed.

The deliberations of the Associated Students at UC Santa Barbara began the week before.  They had listened to public forum from 6:30pm to 5:00am and had delayed the vote until the following week.  On April 10th the assembly of the Associated Students met at 6:30pm and heard public forum for the next 8 hours.  The auditorium was so full, the Vice President of the Associated Students had to request the overflow wait outside.  Any and every person that wished to speak in public forum was allowed to speak for 5 minutes.  The room was clearly divided between Israel supporter and enemy.  I am sure that divide is felt at every campus the divestment bill is raised.  I was sickened by the hate from the misguided anti-Israel students, yet inspired by the courage of the students who spoke the truth about Israel.  One student brought the room to tears when he described his plan to withdraw from UCSB, despite his accomplishments after four years at the university, should divestment pass.  The university he had come to love and felt like home was no longer a welcoming environment.  The campus was divided on politically charged lines.

After public forum, the school’s three executive officers were given 10 minutes each to address the Associated Students.  All three officers were members of Students for Justice in Palestine and two of them wore the traditional kaffiyeh scarf in solidarity with the Palestinian cause.  These blatantly biased executive officers abused their executive privilege and launched a tirade against Israel and in support of divestment for longer than their allotted times; the President of the student body spoke for nearly 15 minutes.  The final executive officer to speak offended many in the audience when he invoked the traditional anti-Semitic blood libel against the Jews of Israel, accusing them of harvesting the organs of the African refugees Israel has been taking in.  Many of these refugees from African genocides in Sudan and Eritrea are given asylum in Israel while fellow Muslim countries like Egypt turn them away and even shoot illegal infiltrators.  Again, the enemies of Israel do not consider the facts.  They spew propaganda based in hate and do not offer evidence.

Perhaps the most upsetting and memorable speaker of the evening was a young, Jewish girl called up to speak following a slew of visibly anti-Israel speakers (wearing the colors of the Palestinian flag or the kaffiyeh scarf).  The girl told us all of how she grew up traditionally Jewish, observing Shabbat and lighting candles.  She had even gone to Israel to live before coming to UCSB.  Her tone quickly changed and she went on to bash Israel as a human rights violator.  I was sad to see a fellow Jew, a member of the tribe, so indoctrinated to be speaking up against her own people.  Criticism of Israel is normal in Israel and for Jews worldwide.  However, what this girl did was wrong.  She stood up in public forum to shun her people and return to the cheers of the enemies of Israel and the Jewish people.  Throughout Jewish history we have had divisions within the community.  We began as tribal communities after all.  Since our history in the Diaspora, there has emerged a personality-type of a “weak Jew.”  This personality-type is afraid.  Afraid of what others will think of him, afraid of not fitting in, afraid of confrontation.  Years of Jewish persecution in Diaspora communities ingrained this fear into subsequent generations.  In order for our small nation (the nation of the Jewish people, not just Israel) to survive and flourish, we would be better suited remembering our warrior past and standing strong for what is right.

On April 10th the fight came to UC Santa Barbara as it had come to many universities across California before it.  And, after 24 hours of discussions, at 8:00 am on April 11th the Associated Students voted against the divestment resolution.  They voted against the forces of hate.  They voted against alienating and marginalizing a significant group of students at the university.  They made the right decision and set a precedent for other student governments to analyze the facts and devote adequate time into researching the issues.  The students that stood up to the hateful BDS movement have earned my utmost respect.  I hope their courage will encourage, and more will step up when the time comes.

We would love to hear from you! Please fill out this form and we will get in touch with you shortly.
Trending Z
Uncategorized April 30, 2013
FLASH: ISRAEL-JORDAN PEACE TREATY (1994) GUARANTEES JEWS ACCESS TO THE TEMPLE MOUNT – LET MY PEOPLE PRAY
Uncategorized April 30, 2013
ZOA Analysis: Most American Rabbis Who Are Boycotting Some Israeli Ministers Are From Extremist Left Wing Groups (J Street; T’ruah; JVP)
Uncategorized April 30, 2013
Israel’s “Right of Return” Grandparent Clause is De-Judaizing the Jewish State – Eliminate It
Uncategorized April 30, 2013
Exclusive: ZOA Accuses Ilhan Omar of Hating the U.S. ‘as Much as Israel,’ Lauds Kevin McCarthy for ‘Throwing Her Off the HFAC’
Center for Law & Justice
We work to educate the American public and Congress about legal issues in order to advance the interests of Israel and the Jewish people.
We assist American victims of terrorism in vindicating their rights under the law, and seek to hold terrorists and sponsors of terrorism accountable for their actions.
We fight anti-Semitism and anti-Israel bias in the media and on college campuses.
We strive to enforce existing law and also to create new law in order to safeguard the rights of the Jewish people in the United States and Israel.
Our Mission
ZOA STATEMENT
The ZOA speaks out for Israel – in reports, newsletters, and other publications. In speeches in synagogues, churches, and community events, in high schools and colleges from coast to coast. In e-mail action alerts. In op-eds and letters to the editor. In radio and television appearances by ZOA leaders. Always on the front lines of pro-Israel activism, ZOA has made its mark.
Connect with us
Sign up for our Newsletter