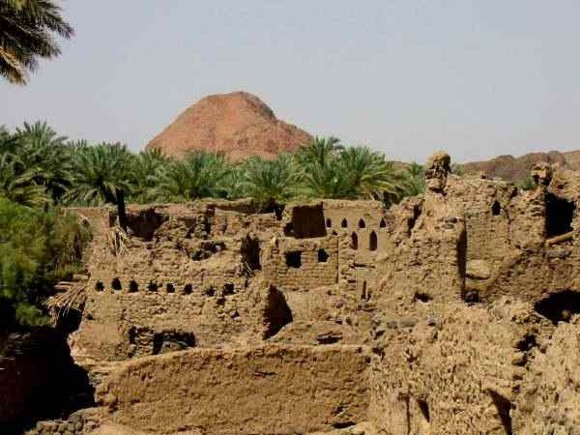 The Zionist Organization of America (ZOA) has called upon the Obama Administration to publicly pressure the Egyptian Muslim Brotherhood-backed regime of Mohammed Morsi to cancel the broadcast of a viciously anti-Semitic television series that is due to air in July during Ramadan and to also cancel its distribution in the Arab world. The television series, Khayber, celebrates the victory of Muhammad’s Muslim army over the Jewish tribes living in northern Arabia in the battle of Khaybar in 629 C.E. According to most Islamic sources, the Khayber story ends with the slaughter of thousands of Jewish men, women and children. The vanquished Jews were forced thereafter to hand over half their produce to the Muslims until later expelled by the Caliph Umar. The ZOA has noted that Egypt is a signatory of The International Covenant on Civil and Political Rights, which prohibits the “advocacy of national, racial or religious hatred that constitutes incitement to discrimination, hostility or violence,” and should be held accountable for the broadcasting and dissemination of this series.

The series is explicitly intended to demonize the Jews as an alien race hostile to Muslims and the welfare of the world. According to the series’ script-writer, Yusri Al-Jindy, “The goal of the series is to expose the naked truth about the Jews and stress that they cannot be trusted …I think it is time to expose them [the Jews] even in America itself. I am confident that the United States will realize that it paid a high price for supporting them.” Anticipating a charge of anti-Semitism Al-Jindy said that, “The charge of anti-Semitism is an out­dated trend, and in fact it is a lie that Jews use against any­one who tries to expose their naked truth and their conspiracies.” Al-Jindy is also the author of The Wandering Jew, which was banned in Egypt in the 1980s.

Khayber is produced by the Qatari company Echo Media Qatar which, in 2010, produced a television series, The Collapse of the Caliphate, which blamed Jews for conspiring with the enemies of the Ottoman Sultan to dismember the Caliphate, the Islamic empire administered for several centuries by the Ottomans. A report in the Qatari newspaper Al-Raya states that the series focuses “on the social, economic and religious characteristics of the Jews including politics and conspiracies and how they dominate and control tribes.” A report on Al Jazeera this week described Khayber as “the most important feature of the Islamic-Jewish fight. Muslims always raise its name in their rallies against Israel because it constitutes a memory of a harsh defeat for the Jews who lived in the Arabian Peninsula during the time of prophet.”

The promotion of anti-Semitic themes in the Egyptian media has been a long-standing and ominous problem. In 2002-2003, Egyptian television produced a 40-part series, Rider Without a Horse, dramatizing the classic anti-Semitic tract, The Protocols of the Elders of Zion. The program depicts Jews murdering a gentile child to use his blood in making of Passover matzah.

The current Egypt President, Mohammed Morsi, also has a long and ugly record of anti-Semitism:

ZOA National President Morton A. Klein said, “The dissemination of poisonous anti-Semitism in a Middle East already awash in it is a serious development that cannot simply be ignored.

“This vicious and venomous Egyptian TV series calls for practical action. We call upon the Obama Administration to hold the Morsi regime to the assurances it offered when it entered office that it will uphold the ways of peace and not act inconsistently with its obligations to maintain peace in the region.

“To broadcast and disseminate blood-curdling genocidal fantasies of Muslims slaughtering Jews is obviously and blatantly anti-Semitic and anti-peace.

“It is clear: Egypt must be held accountable, as must any country that broadcasts it.”

“The 1966 The International Covenant on Civil and Political Rights, which Egypt signed, states in Article 20, paragraph 2, that “Any advocacy of national, racial or religious hatred that constitutes incitement to discrimination, hostility or violence shall be prohibited by law.”

“It is clear: Egypt must be held accountable, as must any country that broadcasts it.

“In view of President Morsi’s own ugly record of ugly anti-Semitism, as outlined above, it will clearly require firm U.S. and international pressure on Cairo to ban the series. If the U.S. fails to demand these things, it will only show that the production of the most obscene hatred carries no U.S. penalty.”

We would love to hear from you! Please fill out this form and we will get in touch with you shortly.
Trending Z
News June 13, 2013
At ZOA Gala Secy Pompeo Gave the Greatest, Most Pro-Israel Speech Ever Delivered by a Public Official
News June 13, 2013
Dershowitz in Arutz 7: NYC’s Temple Emanu-El Silences a Pro-Israel Voice & Promotes an Anti-Israel Voice
Uncategorized June 13, 2013
Jewish Press: Has Deborah Lipstadt Undercut Both Herself and Future Antisemitism Envoys?
News June 13, 2013
NEW YORK POST: Democratic Leaders’ Shocking Silence Over Attacks on Israel by Fellow Dems
Our Mission
ZOA STATEMENT
The ZOA speaks out for Israel – in reports, newsletters, and other publications. In speeches in synagogues, churches, and community events, in high schools and colleges from coast to coast. In e-mail action alerts. In op-eds and letters to the editor. In radio and television appearances by ZOA leaders. Always on the front lines of pro-Israel activism, ZOA has made its mark.
Center for Law & Justice
We work to educate the American public and Congress about legal issues in order to advance the interests of Israel and the Jewish people.
We assist American victims of terrorism in vindicating their rights under the law, and seek to hold terrorists and sponsors of terrorism accountable for their actions.
We fight anti-Semitism and anti-Israel bias in the media and on college campuses.
We strive to enforce existing law and also to create new law in order to safeguard the rights of the Jewish people in the United States and Israel.
Related Articles
OP-ED BY: ZOA ZOA Criticizes Church of Scotland Report Denying Jewish Right to Israel & Call for Boycott