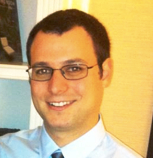 A New Narrative on Israel
Blogs

The debate over Israel has been poisoned and riddled with falsehoods. Those who despise Israel wield lies as their weapons of choice. They accuse Israel of war crimes, apartheid and racism. They refuse to acknowledge the historical relationship between the Jews and Israel.

However, some who claim to support Israel also refuse to tell the truth. In the United States, Israel’s supporters tremble in fear of saying anything that might upset the established politically correct orthodoxy of the Jewish community. These Jewish “supporters” do not want to say anything that might upset Israel’s enemies, world opinion, and, especially, their friends at the local synagogue.

If one does not support the creation of a Palestinian State in the American Jewish community, they are demonized as an extremist by its leaders. This, even though half of the Palestinians are led by Hamas, a genocidal terrorist organization committed to killing Jews. Palestinian leaders say a new state of Palestine should be “Judenrein”, free of Jews. Nonetheless, it makes one an extremist to oppose the creation of an anti-Semitic, terrorist state. How does this make sense?

In order to be pro-Israel and defend the Jewish people we first and foremost must speak the truth.

Its gotten so bad, that when Chuck Hagel, a notorious Israel hater, was nominated by the President to be Secretary of Defense, most of the Jewish community was silent, scared to speak out and criticize the President and his pick. Keep in mind, Hagel was the only Senator out of 100 who did not sign onto a resolution encouraging President Boris Yeltsin to combat anti-Semitism in Russia in 1999. Shouldn’t it be expected that pro-Israel, Jewish groups criticize a blatantly anti-Israel nominee? I guess not.

Now, as Samantha Powers is nominated to be Ambassador to the U.N.–a woman who encouraged the U.S. military to intervene in Israel to protect the Palestinians–again, there is mostly silence in the Jewish community.

Somehow, it has become an accepted rule for Jews in America to go along to get along, rather than ruffle too many feathers of the powers that be.

The truth of the matter is that Israel is not occupying Palestinian land. There was never a state of Palestine in Judea and Samaria. Before Israel reclaimed it in a defensive war, it was illegally occupied by Jordan for twenty years. Before that it was ruled by the British and the Ottoman Empire.

Furthermore, the Palestinians will not be placated by a state of their own because they are not primarily motivated by self-determination. Their main goal is to destroy Israel and drive the Jews into the sea. They were offered a state of their own in 1937, 1947, 2000 and 2008. Each time they declined the offer.

Only from these facts can we move forward and find an acceptable solution to the conflict.

Next, we must have the courage of our convictions.

That is why I am thrilled to join the Zionist Organization of America, which, under Morton Klein’s leadership, is virtually the only pro-Israel organization in the United States that is not scared to speak the truth and stand on principle.

Before joining ZOA, I always tried to personify this courage, as well.

After graduating from the University of Colorado, I worked for the Dennis Prager Show for one year as an intern. Among many other things, Dennis taught me that support for Israel is the moral litmus test of our time. If one does not support Israel, there is something wrong with their moral character.

After that, I worked for the Leadership Institute and the Republican Jewish Coalition, where defending Israel was integral to my everyday work. More recently, I was an Associate Producer at PJTV.

In addition to this, I am the founder of Counterboycott.org, an organization that fights back against the despicable BDS campaign.

Furthermore, I am a freelance writer, having been published more than twenty times. My writing focuses almost exclusively on Israel, and has appeared in FrontPageMag, The Jewish Journal and PJ Media.

As the new MZ Fellow, Executive Director of the Western Region, I look forward to advancing ZOA’s message.

ZOA is virtually the only pro-Israel organization in America that spoke out against Hagel, and now Powers. ZOA was also alone in its criticism of the President for agreeing to send F-16 fighter planes to the Muslim Brotherhood in Egypt. And ZOA was alone in its condemnation of the Israeli pullout from Gaza which led to a resurgence of Hamas, and thousands of rockets raining down on Israel.

At ZOA, we will not bully Israel into giving up land to a people who venerate terrorists and rejoice in the killing of Jews. At ZOA, we will not admonish Israel for building homes for its citizens in Eretz Israel. At ZOA, we will not applaud the failed formula’s of the past that have led to the proliferation of terrorism. And at ZOA we certainly do not favor Israel releasing 100 Palestinian prisoners–many of them murderers–in order to jumpstart the “peace process.”

As Iran marches towards a nuclear weapon, Egypt and Syria collapse into chaos, Hezbollah–which is subverting any efforts by Lebanon to liberalize– continues to arm, and Hamas continues to launch rockets, Israel needs our unwavering support.

Part of that support is speaking honestly and courageously. Please join me by supporting ZOA.

As a final side note, I would like to thank the great philanthropist Myron Zimmerman, whose generosity has allowed me to join ZOA.

We would love to hear from you! Please fill out this form and we will get in touch with you shortly.
Trending Z
News August 1, 2013
New Biden Nominees Opposed Abraham Accords & Involved in Israeli Election Interference
Uncategorized August 1, 2013
ZOA Letter to DOJ & FBI on New “Mapping Project” Antisemitic Threat by ZOA Pres. Morton Klein, Dir. of Research/Special Projects Liz Berney, Esq., Dir. Center for Law & Justice Susan Tuchman, Esq.
News August 1, 2013
ZOA’s Condemnation of Black Lives Matter Defended by JNS’ Tobin: Jews Supporting BLM Empowered Antisemitism
Op-Ed August 1, 2013
ZOA’s Mort Klein JPost Op-Ed: BDS Mapping Project Targets Every Jew, Including Left Wing, Israelophobic Jews
Center for Law & Justice
We work to educate the American public and Congress about legal issues in order to advance the interests of Israel and the Jewish people.
We assist American victims of terrorism in vindicating their rights under the law, and seek to hold terrorists and sponsors of terrorism accountable for their actions.
We fight anti-Semitism and anti-Israel bias in the media and on college campuses.
We strive to enforce existing law and also to create new law in order to safeguard the rights of the Jewish people in the United States and Israel.
Our Mission
ZOA STATEMENT
The ZOA speaks out for Israel – in reports, newsletters, and other publications. In speeches in synagogues, churches, and community events, in high schools and colleges from coast to coast. In e-mail action alerts. In op-eds and letters to the editor. In radio and television appearances by ZOA leaders. Always on the front lines of pro-Israel activism, ZOA has made its mark.
Connect with us
Sign up for our Newsletter