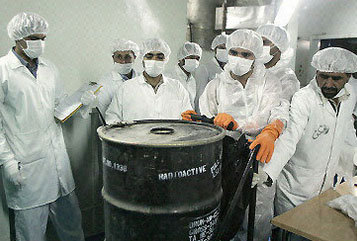 ZOA: Why Is Obama Contemplating Military Strike On Syria, Where No Massive Security Risk To U.S. Exists, But Not Iran, Which Is Developing Nuclear Weapons?
News Press Release

The Zionist Organization of America (ZOA) has queried why President Barack Obama is contemplating military strikes against the evil Bashar Assad regime in Syria –– whose brutality in the current bloody and tragic Syrian civil war is conspicuously clear, but does not directly endanger the United States and its allies –– but has refused to contemplate military strikes against Iran, whose ongoing development of a nuclear weapons capacity does pose a direct threat to the United States. In addition, those fighting the Assad regime are Sunni Islamist extremists, including al-Qaeda and affiliated groups, who will also perpetrate massacres upon innocent civilians if they prevail, calling into question the wisdom of siding with the rebels. Both sides are monstrous, making it far from clear which side prevailing would benefit the U.S.

The ZOA expressed its puzzlement following reports that President Obama has ordered a declassified report on Syrian use of chemical weapons be prepared for public release before any U.S. military strike is launched against Syria and that, at a meeting of President Obama with top advisers, “there was no debate … a military response is necessary.”

We are perplexed that Iran’s continuing progress on the road to obtaining nuclear weapons… has not met a remotely similar, urgent response

Also, Secretary of State John Kerry has said of recent pictures of the use of chemical weapons against Syrian civilians that, “What we saw in Syria last week should shock the conscience of the world … Let me be clear: The indiscriminate slaughter of civilians, the killing of women and children and innocent bystanders by chemical weapons is a moral obscenity” (‘Obama orders release of report justifying Syria strike,’ CBS News, August 26, 2013).

We are perplexed that Iran’s continuing progress on the road to obtaining nuclear weapons –– weapons that could kill hundreds of thousands, even millions, of innocents and which, in the hands of the extremist Shia Islamist regime, directly threatens America, Israel and other U.S. allies –– has not met a remotely similar, urgent response by the Obama Administration.

Iran, a terrorist-sponsoring regime, has publicly called for destruction of the U.S. and Israel, murdered numerous opposition and émigré figures, killed, imprisoned and tortured thousands, hanged homosexuals, persecuted minorities –– yet the Obama Administration has exempted over a dozen countries from adhering to the sanctions imposed on Tehran.

For over a year after entering office, President Obama stopped Congressional action on sanctions. Subsequent American sanctions were delayed and diluted before passage on Capitol Hill. Eventual UN sanctions contained gaping loopholes that have made them far less effective. And on the possibility of military action if all else fails, President Obama has promised nothing beyond vague words about all options being on the table. No red lines, no timetable and no action.

We would love to hear from you! Please fill out this form and we will get in touch with you shortly.
Trending Z
News August 28, 2013
ZOA Condemns U.S. State Dept. & U.S. Amb. Nides For Siding with Antisemitic, Discriminatory Palestinian & Hamas Terrorists re: the Temple Mount, Violating Jews’ Religious Freedom
Uncategorized August 28, 2013
FLASH: ISRAEL-JORDAN PEACE TREATY (1994) GUARANTEES JEWS ACCESS TO THE TEMPLE MOUNT – LET MY PEOPLE PRAY
Uncategorized August 28, 2013
ZOA Analysis: Most American Rabbis Who Are Boycotting Some Israeli Ministers Are From Extremist Left Wing Groups (J Street; T’ruah; JVP)
Uncategorized August 28, 2013
Israel’s “Right of Return” Grandparent Clause is De-Judaizing the Jewish State – Eliminate It
Center for Law & Justice
We work to educate the American public and Congress about legal issues in order to advance the interests of Israel and the Jewish people.
We assist American victims of terrorism in vindicating their rights under the law, and seek to hold terrorists and sponsors of terrorism accountable for their actions.
We fight anti-Semitism and anti-Israel bias in the media and on college campuses.
We strive to enforce existing law and also to create new law in order to safeguard the rights of the Jewish people in the United States and Israel.
Our Mission
ZOA STATEMENT
The ZOA speaks out for Israel – in reports, newsletters, and other publications. In speeches in synagogues, churches, and community events, in high schools and colleges from coast to coast. In e-mail action alerts. In op-eds and letters to the editor. In radio and television appearances by ZOA leaders. Always on the front lines of pro-Israel activism, ZOA has made its mark.
Related Articles
OP-ED BY: ZOA ZOA Praises Obama Admin. For Walk-Out of U.S. Ambassador From Talks After Iran Accused Israel of “Genocide”