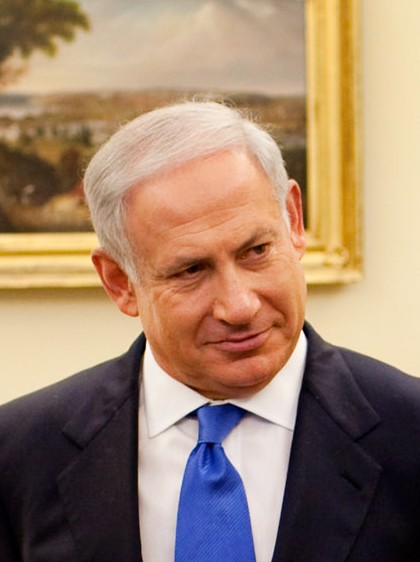 The Zionist Organization of America (ZOA) commends and supports Israeli Prime Minister Benjamin Netanyahu’s lucid and decisive repudiation of President Barack Obama’s proposed nuclear deal with Iran where by Iran would enjoy an easing of international sanctions while retaining the basic, vital components of its nuclear weapons program, including continued uranium enrichment and the operation of its plutonium reactor at Arak.

In response to the news of what appeared an imminent deal with Iran, Prime Minister Netanyahu stated that “the deal that is being discussed in Geneva right now is a bad deal. It’s a very bad deal. Iran is not required to take apart even one centrifuge. But the international community is relieving sanctions on Iran for the first time after many years. Iran gets everything that it wanted at this stage and it pays nothing. And this is when Iran is under severe pressure. I urge Secretary Kerry not to rush to sign, to wait, to reconsider, to get a good deal. But this is a bad deal –– a very, very bad deal. It’s the deal of a century for Iran; it’s a very dangerous and bad deal for peace and the international community” (Daniel Halper, ‘Netanyahu: “This Is a Bad Deal–a Very, Very Bad Deal”,’ Weekly Standard, November 8, 2013).

Mr. Netanyahu also said that “Israel utterly rejects it and what I am saying is shared by many in the region, whether or not they express that publicly. Israel is not obliged by this agreement and Israel will do everything it needs to do to defend itself and the security of its people … I understand that the Iranians are walking around very satisfied in Geneva as well they should be because they got everything and paid nothing … Everything they wanted, they wanted relief of sanctions after years of a grueling sanctions regime, they got that. They are paying nothing because they are not reducing in any way their nuclear enrichment capability” (‘Netanyahu: Israel rejects nuclear deal with Iran,’ Yediot Ahronot, November 8, 2013).

In the first direct talks between Iran and the U.S. and its allies in three decades, the P5+1(United Nations Security Council Permanent Members Britain, China, France, Russia and the U.S., as well as Germany) the deal initially offered to Iran would have meant that Iran could have  continue operating its plutonium reactor, retain all its centrifuges and maintain uranium enrichment program to 3.5% –– enough, given Iran’s recent, hugely expanded number of centrifuges, to become a “break-out” nuclear state in a matter of months once it simply takes a decision to do so. Moreover, reports have also suggested that Iran may now be able produce a nuclear weapon in as little as one month. Only French opposition to the terms of the deal, described by France’s Foreign Minister, Laurent Fabius, as a “sucker deal,” derailed conclusion of the agreement.

ZOA National President Morton A. Klein said, “It is nothing short of astounding that President Obama and Secretary of State Kerry are willing to conclude a deal that so obviously amounts to a collapse of will for the West and a victory for Iran, a country whose nuclear program, as President Obama himself has stated often, poses an unacceptable security risk to the U.S., Israel and indeed the world.

“This is indeed the case. All the more reason, then, to wonder how President Obama could support this deal which would permit Iran to retain all the vital elements of its nuclear weapons program –– all its centrifuges, including the newest, which can enrich uranium to levels required for making nuclear bombs; its heavy water plutonium reactor at Arak; all its existing nuclear facilities; and all its ballistic missile programs which enable Iran to already possess missiles with the range to hit Israel and Europe and which will, in a few years, give it the range to strike America.

“President Obama’s former aide on the National Security Council, Gary Samore, has warned that ending Iran’s present production of 20%-enriched uranium and reducing future production to 3.5% is inadequate because Iran can now reach weapons-grade uranium with its new, improved centrifuges.

“Prime Minister Netanyahu was obviously right in repudiating this deal and indicating that, should it go ahead, Israel reserves the right to initiate military action to prevent Iran becoming a nuclear power.”

We would love to hear from you! Please fill out this form and we will get in touch with you shortly.
Trending Z
News November 13, 2013
ZOA Condemns U.S. State Dept. & U.S. Amb. Nides For Siding with Antisemitic, Discriminatory Palestinian & Hamas Terrorists re: the Temple Mount, Violating Jews’ Religious Freedom
News November 13, 2013
ZOA’s Klein JPost Op-Ed: There is Nothing Extreme About Israel’s New Government
Uncategorized November 13, 2013
FLASH: ISRAEL-JORDAN PEACE TREATY (1994) GUARANTEES JEWS ACCESS TO THE TEMPLE MOUNT – LET MY PEOPLE PRAY
Uncategorized November 13, 2013
ZOA Analysis: Most American Rabbis Who Are Boycotting Some Israeli Ministers Are From Extremist Left Wing Groups (J Street; T’ruah; JVP)
Center for Law & Justice
We work to educate the American public and Congress about legal issues in order to advance the interests of Israel and the Jewish people.
We assist American victims of terrorism in vindicating their rights under the law, and seek to hold terrorists and sponsors of terrorism accountable for their actions.
We fight anti-Semitism and anti-Israel bias in the media and on college campuses.
We strive to enforce existing law and also to create new law in order to safeguard the rights of the Jewish people in the United States and Israel.
Our Mission
ZOA STATEMENT
The ZOA speaks out for Israel – in reports, newsletters, and other publications. In speeches in synagogues, churches, and community events, in high schools and colleges from coast to coast. In e-mail action alerts. In op-eds and letters to the editor. In radio and television appearances by ZOA leaders. Always on the front lines of pro-Israel activism, ZOA has made its mark.
Related Articles
OP-ED BY: Morton A. Klein Hagel Blames Israel for Palestinian Terrorism