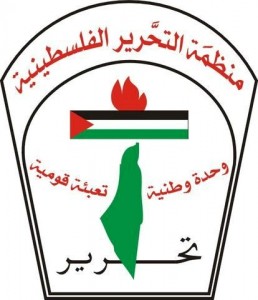 P.A. Official Khatib Says Any Pal. Who Murders a Jew, Yesterday, Today, or Tomorrow, Must Be Released
News Press Release

The Zionist Organization of America (ZOA) has pointed to a recent declaration by a senior Palestinian Authority (PA) official, Ashraf Khatib, that Israel must free all jailed Palestinian terrorists, even if they have murdered Israelis during the current negotiations. The ZOA has condemned this astounding, obscene, Nazi-like PA position that any Palestinian who murders an Israeli is entitled to immediate freedom, which amounts to a warrant for murdering Jews, free of consequences.

In a interview with Dr. Aaron Lerner of Independent Media Review and Analysis (IMRA), Khatib was asked:

IMRA “If someone were to now – I am not talking about the past but right now someone were to engage in an act of violence and they were detained by the Israelis, is the position of the PLO that somebody who engages in an act of violent resistance right now and is detained by Israel should ultimately be freed by Israel or does he have a different status? That he can be subject to a trial and imprisoned, etc..?

IMRA “So even right now as the negotiations are underway. Even if he carries out an act right now he should also be released if he is detained by Israel.

“Our demand is to release all prisoners…”

KHATIB “Again. The PLO position is very clear: All prisoners. All Palestinians in Israeli prisons should be released. There should not be a single Palestinian detainee in an Israeli prison. Now Or tomorrow. (‘Recording: PLO official to IMRA: Israel must release anyone who attacks during the talks,’ Independent Media Review & Analysis, December 30, 2013).

ZOA National President Morton A. Klein said, “Ashraf Khatib’s statement that Palestinians who murder and maim Israelis should simply be freed by Israel, not tried or imprisoned, even if they carried out their attack yesterday, today or tomorrow, is breathtakingly obscene. It is something with which Adolf Hitler and Adolf Eichmann would fully agree and are smiling from their graves.

“This amounts to asserting that Palestinians may murder Israelis as of right now, and that therefore the idea that they require conviction and imprisonment has no application. If implemented, this position would permit the murder of Israeli civilians by Palestinians without fear of punishment or retribution. it would establish the principle that Palestinians have the right to murder Jews.

“We urge the Israeli Government and the U.S. Government to demand a public retraction of and apology for this despicable PA position.”

We would love to hear from you! Please fill out this form and we will get in touch with you shortly.
Trending Z
Uncategorized January 9, 2014
ZOA Analysis: Most American Rabbis Who Are Boycotting Some Israeli Ministers Are From Extremist Left Wing Groups (J Street; T’ruah; JVP)
Uncategorized January 9, 2014
ZOA: Israel’s Reasonable Judicial Reform Proposals Are Good for Democracy, the Rule of Law and the Economy
News January 9, 2014
ZOA is Disappointed, Offended and Frightened by 211 U.S. House Votes Supporting Jew-Hating, Israel-Hating Rep. Ilhan Omar
Uncategorized January 9, 2014
Israel’s “Right of Return” Grandparent Clause is De-Judaizing the Jewish State – Eliminate It
Center for Law & Justice
We work to educate the American public and Congress about legal issues in order to advance the interests of Israel and the Jewish people.
We assist American victims of terrorism in vindicating their rights under the law, and seek to hold terrorists and sponsors of terrorism accountable for their actions.
We fight anti-Semitism and anti-Israel bias in the media and on college campuses.
We strive to enforce existing law and also to create new law in order to safeguard the rights of the Jewish people in the United States and Israel.
Our Mission
ZOA STATEMENT
The ZOA speaks out for Israel – in reports, newsletters, and other publications. In speeches in synagogues, churches, and community events, in high schools and colleges from coast to coast. In e-mail action alerts. In op-eds and letters to the editor. In radio and television appearances by ZOA leaders. Always on the front lines of pro-Israel activism, ZOA has made its mark.
Related Articles
OP-ED BY: Morton A. Klein Hagel Blames Israel for Palestinian Terrorism