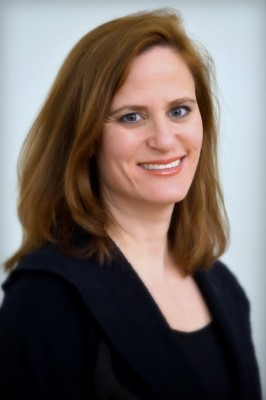 Israel celebrated the 66th anniversary of it’s rebirth this week, and is in so many ways stronger than ever. One no longer need look to the Jewish press to discover Israel’s achievements; the pages of the NYTimes, the WSJournal, Forbes and every media outlet brim with reports on Israel’s start-ups, technological edge, research advancements, collaborations with Apple, Intel, and Warren Buffett, to name a few, as well as the true miracle of the Tamar and Leviathan natural gas fields, the development of which will make Israel a net energy exporter.  We should never fail to appreciate the incredible determination, ingenuity, and faith that it took to transform a sliver of arid desert into an international economic powerhouse.

More miraculous still is that Israel has maintained its morality in the face of enemies ever more persistent and pernicious. In Israel today, a debate rages over a soldier in Hebron who, alone and surrounded by Palestinian “youth” the soldier’s own age who were taunting and threatening him, cocked his weapon in an act of self-protection, and was punished by Tzahal as a result.  Tens of thousands support the soldier through social media, and one thing is clear:  No nation but Israel takes such great pains to protect enemy civilians even as it puts its own soldiers at risk.

The risks taken too often result in a loss of life.  At a Yom HaZikaron (Memorial Day) ceremony I attended this week at the Ben Porat Yosef school in Paramus, teachers just a few years past the army themselves, and students whose Israeli peers are but a few years from serving, spoke movingly about the sacrifices Israeli soldiers make to defend their homeland and protect each other.  Performances of songs written by fallen teenage soldiers or their surviving loved ones powerfully conveyed the unwelcome urgency of their service to protect civilians still under constant attack, and the sincere yearning for a day when such sacrifice will no longer be needed.

And yet, after twenty years of Oslo, and despite making repeated offers which included parts of Jerusalem and nearly all the disputed territory, Israel is no closer to achieving peace than it was on that sunny day on the White House lawn.  Perhaps it’s time to choose another path.  Almost a third of Israel’s history has taken place under the Oslo process. Approximately half the Palestinian Arab population has been born since the process began. Yet with decades of Western support and tens of billions in financial aid (much of it stolen by their leaders) Palestinian Arabs have failed to adopt any of the hallmarks of a just society, including freedom of speech, religion, or assembly; rights for women or minorities; a functioning legal system; regular elections…the list goes on.

Secretary of State Kerry’s threatening statements that Israel must act now or lose its “best partner for peace” ignore the fundamental problem that peace is not made between individuals but between peoples.  Never mind that the most “moderate” Palestinian leaders still regard Jews as sub-human, openly assert that all of Israel is rightfully theirs, and — wow! thanks! — only this month got around to publicly acknowledging the Holocaust as historical fact. The problem goes much deeper, to the populus that for generations has been formally trained to hate, starting in nursery school. Despite every carrot the US and Europe could offer, Palestinian Arabs patently refuse to recognize Israel as a Jewish state. They openly endorse terror and violence. And they fully expect to expel all Jews from whatever state they would found, a fact that seems to escape those who accuse the one integrated society in the entire Middle East of “apartheid.”

After twenty years of Oslo, Israel is no closer to achieving peace than it was on that sunny day on the White House lawn

Thankfully, American Jews are beginning to recognize the need to respond forcefully to Israel’s detractors.  After years of seeming ambivalence, more and more Jewish organizations now vigorously oppose BDS, the anti-Israel Boycott, Divestment and Sanctions movement. The Conference of Presidents of Major Jewish Organizations decisively rejected the bid of J-Street — an organization that regularly hosts BDS supporters, receives significant funding from Arab, Iranian, and anti-Zionist sources, and openly supports the Fatah-Hamas alliance — to join it’s ranks.  Organizations that support all Israelis, including those who live in Judea and Samaria, are growing quickly as more and more American Jews recognize that these communities are ancient, legal, and critical to Israel’s security.  And, locally, more than 1000 people travelled to Washington last week with NORPAC to let our leaders know where we stand. There, condemnation by Republican Senator Ted Cruz of Kerry’s vile “apartheid” comment drew a standing ovation.  (If you missed it, or just can’t get enough, you can still lobby with ZOA on May 21. See ZOA.org for details).

Israel is amazing and strong, truly a light unto the nations.  But its detractors are strong as well, and are willing to use every method available to undermine Jewish sovereignty in our ancient homeland. It is our moral obligation to defend Israel against this onslaught. We must never take the miracle of the Jewish State for granted, but must continue to publicly show our support, lobby our leaders, educate our youth, and visit the incredible realization of our 2000 year dream.

Laura Fein is the Executive Director of ZOA-NJ, the Zionist Organization of America NJ Region.  Email her at LFein@zoa.org to register for the May 21 ZOA DC Lobbying Mission or the May 15 training for high school students to learn how to fight back on campus.

We would love to hear from you! Please fill out this form and we will get in touch with you shortly.
Trending Z
News May 12, 2014
ZOA Condemns U.S. State Dept. & U.S. Amb. Nides For Siding with Antisemitic, Discriminatory Palestinian & Hamas Terrorists re: the Temple Mount, Violating Jews’ Religious Freedom
Uncategorized May 12, 2014
FLASH: ISRAEL-JORDAN PEACE TREATY (1994) GUARANTEES JEWS ACCESS TO THE TEMPLE MOUNT – LET MY PEOPLE PRAY
Uncategorized May 12, 2014
ZOA Analysis: Most American Rabbis Who Are Boycotting Some Israeli Ministers Are From Extremist Left Wing Groups (J Street; T’ruah; JVP)
Uncategorized May 12, 2014
Israel’s “Right of Return” Grandparent Clause is De-Judaizing the Jewish State – Eliminate It
Center for Law & Justice
We work to educate the American public and Congress about legal issues in order to advance the interests of Israel and the Jewish people.
We assist American victims of terrorism in vindicating their rights under the law, and seek to hold terrorists and sponsors of terrorism accountable for their actions.
We fight anti-Semitism and anti-Israel bias in the media and on college campuses.
We strive to enforce existing law and also to create new law in order to safeguard the rights of the Jewish people in the United States and Israel.
Our Mission
ZOA STATEMENT
The ZOA speaks out for Israel – in reports, newsletters, and other publications. In speeches in synagogues, churches, and community events, in high schools and colleges from coast to coast. In e-mail action alerts. In op-eds and letters to the editor. In radio and television appearances by ZOA leaders. Always on the front lines of pro-Israel activism, ZOA has made its mark.
Connect with us
Sign up for our Newsletter