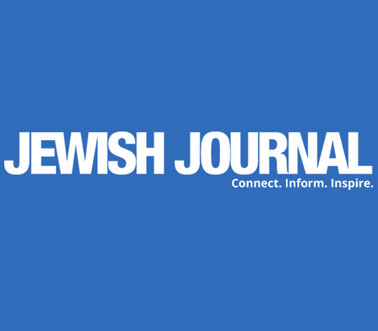 Mort Klein on peace vs. hate
ZOA in the news

A few days before we heard the horrible news of the three boys who got kidnapped in Israel, Zionist Organization of America (ZOA) leader Mort Klein visited the Jewish Journal offices to speak to our editorial staff.

He said a lot of things over the course of a lively one-hour session, but one thing in particular stuck with me.

Klein was alluding to his background as a mathematician and, specifically, the 20 years he spent working in biostatistics. In that world, he said, his whole life was about “going where the data leads you.”

In the case of the Israeli-Palestinian conflict, he has identified one data point that is larger than life and supersedes all others.

This is the definitive data point. The game-changer. The decisive factor that he says makes the conflict analogous to “pancreatic cancer.”

For Klein, all other obstacles, however severe, are secondary. It’s simply impossible, he argued, to make peace with a society that has been taught to hate you and demonize you. To strengthen his point, he used the example of Israel giving up Gaza and getting only more hate and terror in return.

Sadly, and all too often, the evidence seems to confirm his data. As recently as last week, following the kidnappings, the official paper of the Palestinian Authority (PA) published a cartoon showing the abducted Jews as three mice caught on the hooks of a fishing rod, while on its Facebook page, it published an image of a “victory sign” with threefingers instead of two. No wonder there were shots of Palestinians celebrating in the streets. And that’s just in one week.

That being said, there are difficulties with Klein’s argument. For one thing, we’ve heard it a million times before, and we’re numb to it. Many years ago, I was involved with an ad campaign that quoted a line straight from a Palestinian schoolbook: “There is no alternative to destroying Israel.”

Today, not much has changed: The watchdog group that provided that quote, Palestinian Media Watch (PMW), is as busy as ever. As anyone can see on the group’s website, the demonization of Jews and Israel is still prevalent all over Palestinian society, whether in the public honoring of terrorists or the anti-Jewish incitement in the media, mosques, schools and camps.

In other words, it’s the same old, same old — the same hatred, year in and year out. In a news-obsessed world, even an important truth can get stale.

The other difficulty with Klein’s argument is that it’s terribly inconvenient, meaning it leads to a dead end. How do you get a society that has been taught to hate you to stop hating you? And if that’s impossible, how possible can peace ever be?

Klein is unimpressed by such problems. Data is data, however stale or repetitive, however inconvenient. This academic stubbornness has surely contributed to his reputation as a tough, uncompromising, right-wing defender of Israel.

Tough guy or not, the former math whiz delivered his remarks to our staff with courtesy and grace. Beyond that, what I think made his argument compelling was that you could be a serious critic of Israeli policies and, nevertheless, have sympathy for his main point that a culture of hate suffocates peace.

But he still had to deal with the hardest question: “What do you suggest?”

Without pretending that there are easy answers, he suggested we follow the money. If we’re really serious about transforming a society of resentment into one of coexistence, the United States must make its financial aid to Palestinians conditional on the PA’s compliance with the anti-incitement clauses in the Oslo agreement.

Of course, now that the terror group Hamas has joined the PA in a unity government, a very difficult situation has been made that much more difficult.

To illustrate the danger of underestimating this difficulty, Klein brought up a veteran peace negotiator who once told him, “After we make a deal, there’s a better chance the Palestinians will stop teaching Jew-hatred.”

Ridiculing that notion, Klein compared it to a fiancé who acts in a hostile manner toward his future in-laws before the actual wedding date.

“Isn’t that the time to play nice?” Klein asked. “If you’re hostile when you need to play nice, what are the chances you’ll be nice when you can afford to be hostile?”

Looking back on 20 years of “data” on the failed peace process, Klein has concluded that the key reason it failed is that Palestinians felt they could always afford to play hostile — deal or no deal — and you can’t blame Israeli voters for taking that message to heart.

David Suissa is president of TRIBE Media Corp./Jewish Journal and can be reached at davids@jewishjournal.com.

We would love to hear from you! Please fill out this form and we will get in touch with you shortly.
Trending Z
News June 26, 2014
ZOA Condemns U.S. State Dept. & U.S. Amb. Nides For Siding with Antisemitic, Discriminatory Palestinian & Hamas Terrorists re: the Temple Mount, Violating Jews’ Religious Freedom
News June 26, 2014
ZOA’s Klein JPost Op-Ed: There is Nothing Extreme About Israel’s New Government
Uncategorized June 26, 2014
FLASH: ISRAEL-JORDAN PEACE TREATY (1994) GUARANTEES JEWS ACCESS TO THE TEMPLE MOUNT – LET MY PEOPLE PRAY
Uncategorized June 26, 2014
ZOA Analysis: Most American Rabbis Who Are Boycotting Some Israeli Ministers Are From Extremist Left Wing Groups (J Street; T’ruah; JVP)
Center for Law & Justice
We work to educate the American public and Congress about legal issues in order to advance the interests of Israel and the Jewish people.
We assist American victims of terrorism in vindicating their rights under the law, and seek to hold terrorists and sponsors of terrorism accountable for their actions.
We fight anti-Semitism and anti-Israel bias in the media and on college campuses.
We strive to enforce existing law and also to create new law in order to safeguard the rights of the Jewish people in the United States and Israel.
Our Mission
ZOA STATEMENT
The ZOA speaks out for Israel – in reports, newsletters, and other publications. In speeches in synagogues, churches, and community events, in high schools and colleges from coast to coast. In e-mail action alerts. In op-eds and letters to the editor. In radio and television appearances by ZOA leaders. Always on the front lines of pro-Israel activism, ZOA has made its mark.
Connect with us
Sign up for our Newsletter