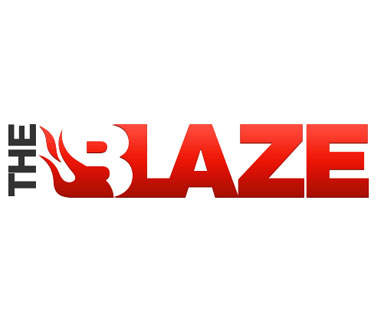 In an attempt to target, harass and intimidate pro-Israel Jewish students at UCLA, Students for Justice in Palestine (SJP) recently demanded that candidates for student government positions sign a statement pledging they will not go on any trip to Israel sponsored by three Jewish organizations.

Notably, SJP has targeted only Israel and three Jewish organizations that sponsor trips to Israel. Not a single church or mosque that pays for or sponsors Israel trips was singled out.

This is an outrageous and impermissible violation of students’ right to free expression, their right to free association, and their fundamental right to travel and move freely. SJP cannot be permitted to infringe on any student’s personal liberties and freedoms, or to bully students into not associating with certain Jewish groups that are dedicated to building love and support for Israel.

Students who opposed the anti-Israel divestment resolution reported feeling uncomfortable even walking on campus because of the hate mail they received. This is outrageous. Students must feel safe on campus.

SJP is the only university-funded student organization at UCLA whose very mission targets an ethnic minority for hatred and vilification and whose activities routinely harass, intimidate, threaten and seek to silence members of that ethnic minority on campus.

SJP’s discrimination tactics and attempts to prevent pro-Israel Jewish students from having equal access to positions in student government violate both the UCLA Principles of Community and itsStudent Conduct Code.

UCLA Chancellor Gene Block and President Janet Napolitano recently expressed concern about SJP’s tactics, without mentioning the group by name. That is a significant first step, but more must be done.

First, the UCLA leadership should publicly condemn the SJP by name and strongly denounce the group’s effort to delegitimize educational trips to Israel by some organizations but not others, so that pro-Israel Jewish students will be excluded from the student government and a pro-Israel viewpoint will be eliminated from discussions.

Second, UCLA should severely sanction the SJP for violating UCLA’s rules against harassment and discrimination. The sanction should include a requirement that the SJP publicly apologize to fellow students, particularly pro-Israel Jewish students, for targeting, disrespecting and hurting them.

Anti-Jewish harassment, intimidation and bullying are the hallmark of SJP. This group needs to finally get the message that their misconduct will no longer be tolerated, and there will be tangible consequences when they violate university rules and harm fellow students.

When Vassar’s SJP chapter published a vile Nazi cartoon, Vassar President Catharine Hill condemned it as “racist” and “anti-Semitic,” committed to a full university investigation and a review of SJP’s status on campus, and demanded the SJP take responsibility for its actions.

When SJP at Northeastern University slipped mock eviction notices under hundreds of dorm rooms earlier this spring, the group was immediately suspended.

The UC Board of Regents, President Napolitano and Chancellor Block must likewise act swiftly and decisively to show the entire UC community that student freedom, safety and well-being are their number one priority.

Susan Tuchman, co-author of this op-ed, is Director of the Zionist Organization of America’s Center for Law and Justice.

Tammi Rossman-Benjamin is a lecturer at the University of California, Santa Cruz and the co-founder of AMCHA Initiative, an organization that combats antisemitism at institutions of higher education.

We would love to hear from you! Please fill out this form and we will get in touch with you shortly.
Trending Z
Uncategorized June 26, 2014
ZOA Analysis: Most American Rabbis Who Are Boycotting Some Israeli Ministers Are From Extremist Left Wing Groups (J Street; T’ruah; JVP)
News June 26, 2014
ZOA is Disappointed, Offended and Frightened by 211 U.S. House Votes Supporting Jew-Hating, Israel-Hating Rep. Ilhan Omar
Uncategorized June 26, 2014
ZOA: Israel’s Reasonable Judicial Reform Proposals Are Good for Democracy, the Rule of Law and the Economy
Uncategorized June 26, 2014
Israel’s “Right of Return” Grandparent Clause is De-Judaizing the Jewish State – Eliminate It
Center for Law & Justice
We work to educate the American public and Congress about legal issues in order to advance the interests of Israel and the Jewish people.
We assist American victims of terrorism in vindicating their rights under the law, and seek to hold terrorists and sponsors of terrorism accountable for their actions.
We fight anti-Semitism and anti-Israel bias in the media and on college campuses.
We strive to enforce existing law and also to create new law in order to safeguard the rights of the Jewish people in the United States and Israel.
Our Mission
ZOA STATEMENT
The ZOA speaks out for Israel – in reports, newsletters, and other publications. In speeches in synagogues, churches, and community events, in high schools and colleges from coast to coast. In e-mail action alerts. In op-eds and letters to the editor. In radio and television appearances by ZOA leaders. Always on the front lines of pro-Israel activism, ZOA has made its mark.
Related Articles
OP-ED BY: Jeff Daube Pity I just missed you, Jeremy Ben-Ami

I heard you were in Israel, Jeremy. Why didn’t you look me up? We really need to talk. First I was hoping for a conversation about your ‘Setting the record straight’ Times of Israel op-ed. Of course it should surprise no one that I take issue with your pleasant sounding claims — as do your numerous critics. Your organization, J Street, and my organization, ZOA, […]