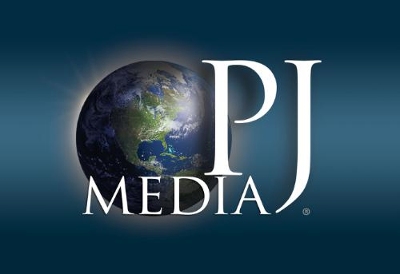 What if I told you that a right wing professor at a state University received $7,000 from the University-taxpayer money-to travel on a political solidarity tour to a KKK rally, in order to further the agenda of this hateful organization? Do you think this would be allowed to happen? Would the President of the University approve this trip? Of course, this would never be a possibility. A University professor who went on such a trip would be blackballed, and the University President who approved it would be fired-and rightly so.

Now, what if I told you that a leftwing college professor at San Francisco State University received $7,000 from the University-taxpayer money-to travel on a political solidarity tour to the Middle East to meet with notorious terrorist and convicted hijacker Leila Khaled-member of the Popular Front for the Liberation of Palestine, a recognized terrorist organization-in order to further the agenda of this hateful organization? Rational people would assume this would not be allowed to occur. But it already has.

Once again, the double standard in regards to Israel at the University is on full display. Outspoken anti-Israel SFSU Professor Rabab Abdulhadi actually used University and taxpayer money to travel to the Middle East to meet with the most famous member of the PFLP, a terrorist organization responsible for 159 terrorist attacks, including the murder of 20 U.S. citizens. In addition, Abdulhadi met with Sheikh Raed Salah, an Islamist leader who was jailed for incitement to violence and encouraging a third intifada in Israel. Abdulhadi admitted this trip was a “political solidarity tour,” in order to advance the boycott campaign against Israel, which seeks the elimination of the Jewish State.

The Zionist Organization of America, along with AMCHA and several other pro-Israel groups, contacted SFSU President Leslie Wong, when these events came to light, to express our outrage and demand an investigation. Unbelievably, President Wong defended this use of taxpayer money, saying, “Faculty can and do communicate with others relevant to their research.” I suppose, when you are a vehemently anti-Israel professor, meeting with terrorists who seek to murder Israelis is part of your research.

The Dean of the College of Ethnic Studies at SFSU, Professor Kenneth Monteiro, also came to Abdulhadi’s defense, writing “I recommit the College as a safe haven for free and respectful expression for all of our students, staff and faculty, including when such discourse is contested and possibly disquieting.” Would Monteiro offer the same defense to a professor showing “political solidarity” to the KKK?

Next, we contacted State Controller John Chiang-who has investigative authority over the use of state funds. We are still awaiting his reply on this matter.

We would love to hear from you! Please fill out this form and we will get in touch with you shortly.
Trending Z
News July 7, 2014
ZOA Condemns U.S. State Dept. & U.S. Amb. Nides For Siding with Antisemitic, Discriminatory Palestinian & Hamas Terrorists re: the Temple Mount, Violating Jews’ Religious Freedom
News July 7, 2014
ZOA’s Klein JPost Op-Ed: There is Nothing Extreme About Israel’s New Government
Uncategorized July 7, 2014
FLASH: ISRAEL-JORDAN PEACE TREATY (1994) GUARANTEES JEWS ACCESS TO THE TEMPLE MOUNT – LET MY PEOPLE PRAY
Uncategorized July 7, 2014
ZOA Analysis: Most American Rabbis Who Are Boycotting Some Israeli Ministers Are From Extremist Left Wing Groups (J Street; T’ruah; JVP)
Center for Law & Justice
We work to educate the American public and Congress about legal issues in order to advance the interests of Israel and the Jewish people.
We assist American victims of terrorism in vindicating their rights under the law, and seek to hold terrorists and sponsors of terrorism accountable for their actions.
We fight anti-Semitism and anti-Israel bias in the media and on college campuses.
We strive to enforce existing law and also to create new law in order to safeguard the rights of the Jewish people in the United States and Israel.
Our Mission
ZOA STATEMENT
The ZOA speaks out for Israel – in reports, newsletters, and other publications. In speeches in synagogues, churches, and community events, in high schools and colleges from coast to coast. In e-mail action alerts. In op-eds and letters to the editor. In radio and television appearances by ZOA leaders. Always on the front lines of pro-Israel activism, ZOA has made its mark.
Connect with us
Sign up for our Newsletter