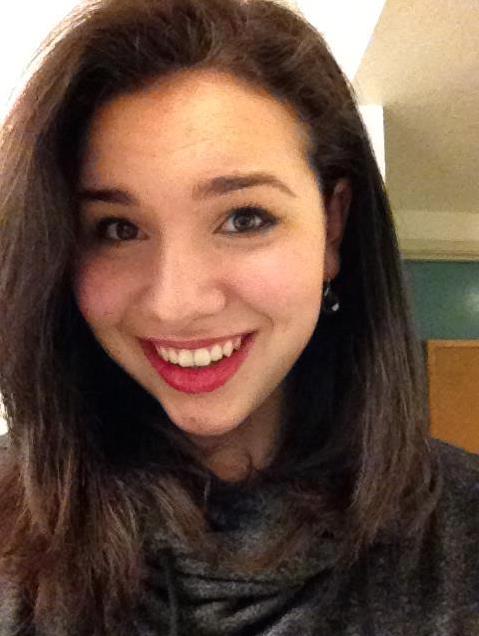 Hamas, an offshoot of the Muslim Brotherhood, is the name of the organization that governs the Gaza strip. It is a violent group that conducts suicide bombings and launches rockets at Israel. It distributes anti-Semitic propaganda and denies Israel’s right to exist. In 1997, the U.S. declared officially recognized the group as a terrorist organization.

Like Hamas, the Islamic Jihad is a splinter organization of the Muslim Brotherhood. It made a name for itself in 1987 during the FirstIntifada – a time of violent uprising against Israel. It has carried out bombings and suicide attacks. It has been labeled as a terrorist organization by the U.S., the European Union, the United Kingdom, Japan, Canada, Australia, and Israel.

Yet there is one actor that seems to be slipping under radar: Iran.

“If you wanted to hold an anti-Hamas demonstration,” says Mauro, “within a second Hamas would come and throw you in jail, violently disperse you, and make you pay a price.”

Iran is asserting itself as a major financier. According to the Economist, “Iran now seems to be providing Islamic Jihad with dollops of aid, plus weaponry,” allowing it to amass “at least 20,000 fighters under its command.”[1]

That does not mean Hamas is out of the picture. While the Hamas-Iran alliance has been strained due to differences over the conflict in Syria, Iranian President Hassan Rouhani has taken strides to rekindle their friendship.

Terrorism expert and Fox News analyst Ryan Mauro thinks Iran’s dual involvement is no coincidence. “The idea that the Islamic Jihad – which is tied to Iran – is working with Hamas [that] is now getting closer to Iran completely makes sense.”

It all comes back to Iran.

It doesn’t have to. For the Islamic Jihad to gain ground, Hamas needs to be in some sort of cahoots. Hamas governs Gaza with an “iron fist” – brutally cracking down on any opposing groups.

“If you wanted to hold an anti-Hamas demonstration,” says Mauro, “within a second Hamas would come and throw you in jail, violently disperse you, and make you pay a price.”

“I think that it would be foolish to believe that Islamic Jihad or any other terrorist group could now [hold] operations from the Gaza strip without at least Hamas knowing about it and allowing it,” he adds.

Is Hamas’s tolerance of outside Islamists an endorsement? It’s very likely. But on whether they actually cooperate together or not, Mauro insists that the West is missing the big picture: shared ideology.

“They have the same core issue,” he says. “They follow a version of radical Islam that says it’s okay to kill civilians for the sake of implementing Sharia law[2] and defeating Western influence.”

As a matter of fact, Mauro reveals that “the root problem [in Gaza] isn’t Hamas. You can wipe out all of Hamas and another will take its place … Groups like Hamas and their associated terrorists are products of an ideology, and until that ideology – and everything that sustains it – is dismantled, you’re just going to keep dealing with one group after another.”

That does not mean Mauro believes military action is ineffective – far from it. While he acknowledges that it is a short-term fix than rather than a long-term solution, he asserts that military action provides both relief and protection.

He even pits it in the best interest of the Palestinians. Hamas rockets misfire and injure Palestinians. More broadly, Hamas has created a terrorism economy: taxing underground tunnels, paying salaries to imprisoned murderers, and stealing aid money that should be going to the Palestinian people.

Only 35% of Palestinians in the Gaza strip view Hamas favorably.[3]

So actions that hurt Hamas help both the Israelis and the Palestinians. Admittedly, it is a band-aid over a cancerous ideology.

But the true fault of the West is not a matter of short or long-term solutions. It is the failure to recognize the problems in the first place.

The West has consistently ignored the behavior of the Palestinian Authority – dominated by its leading party Fatah – pretending not to notice when its President Mahmoud Abbas double-speaks to the English and Arabic media. In English? He wants peace. In Arabic? He wants martyrs.

This is what Mauro calls the West’s “core problem”. The West focuses on the tactics – the actual events that happen – rather than the culture one implements. “So the argument goes, ‘well, if Fatah supposedly isn’t killing civilians, well then they’re moderates,’” he laments. “But they’re still contributing to the environment that results in terrorism by doing things like glorifying martyrs and promoting anti-Semitism.”

“That would require a flashy attack against Israeli civilians that no one can deny,” Mauro answers. “As long as Fatah can claim – by some stretch of the imagination – that they’re not responsible for attacks on civilians, then there are going to be those in the West that are willing to go along with that because they view Fatah as their great hope for some kind of breakout for peace.”

This is dangerous logic. It allows violent ideology to spread and takes advantage of the goodwill of the West. Ultimately, Mauro calls for a “broader, more grand strategy” that addresses the real issue: terrorism culture.

Otherwise, he warns, we will continue to make the same mistakes.

[2] Islamic law. Some of the mandates include: criticizing or denying any part of the Quran is punishable by death; thieves have their hands chopped off; women must be circumcised and her testimony in court is only half as much as a man’s

We would love to hear from you! Please fill out this form and we will get in touch with you shortly.
Trending Z
Uncategorized July 25, 2014
FLASH: ISRAEL-JORDAN PEACE TREATY (1994) GUARANTEES JEWS ACCESS TO THE TEMPLE MOUNT – LET MY PEOPLE PRAY
Uncategorized July 25, 2014
ZOA Analysis: Most American Rabbis Who Are Boycotting Some Israeli Ministers Are From Extremist Left Wing Groups (J Street; T’ruah; JVP)
Uncategorized July 25, 2014
Israel’s “Right of Return” Grandparent Clause is De-Judaizing the Jewish State – Eliminate It
Uncategorized July 25, 2014
Exclusive: ZOA Accuses Ilhan Omar of Hating the U.S. ‘as Much as Israel,’ Lauds Kevin McCarthy for ‘Throwing Her Off the HFAC’
Center for Law & Justice
We work to educate the American public and Congress about legal issues in order to advance the interests of Israel and the Jewish people.
We assist American victims of terrorism in vindicating their rights under the law, and seek to hold terrorists and sponsors of terrorism accountable for their actions.
We fight anti-Semitism and anti-Israel bias in the media and on college campuses.
We strive to enforce existing law and also to create new law in order to safeguard the rights of the Jewish people in the United States and Israel.
Our Mission
ZOA STATEMENT
The ZOA speaks out for Israel – in reports, newsletters, and other publications. In speeches in synagogues, churches, and community events, in high schools and colleges from coast to coast. In e-mail action alerts. In op-eds and letters to the editor. In radio and television appearances by ZOA leaders. Always on the front lines of pro-Israel activism, ZOA has made its mark.
Connect with us
Sign up for our Newsletter