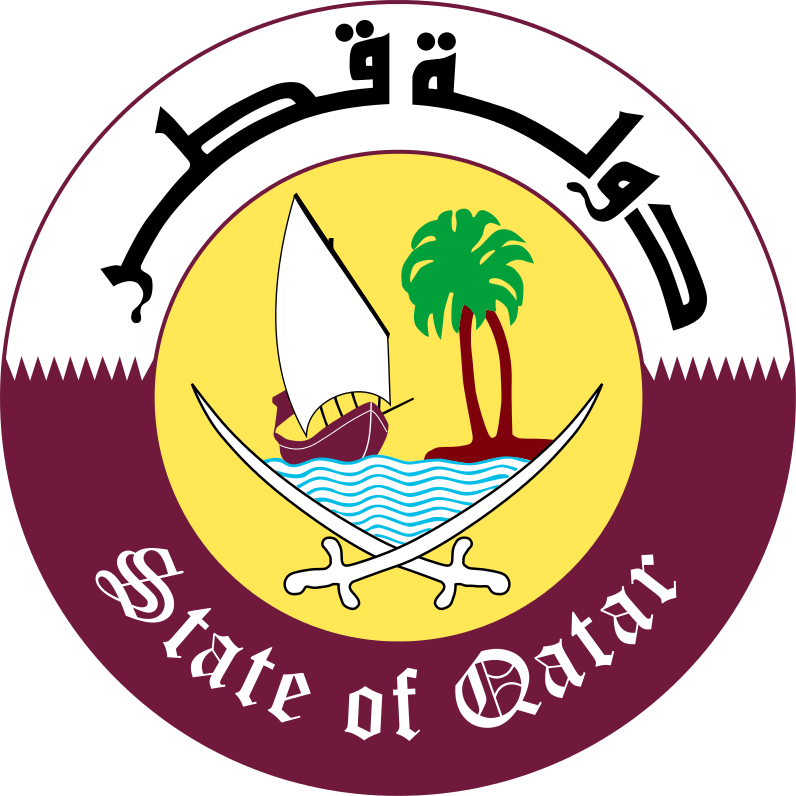 The Zionist Organization of America (ZOA) urges that, unless the Emirate of Qatar ceases its repeated provision of financial and other material support to the international terrorist organization Hamas, the U.S. State Department should determine that Qatar is a State Sponsor of Terrorism under the Export Administration Act, the Arms Export Control Act, and the Foreign Assistance Act.

Sanctions resulting from designation as a State Sponsor of Terrorism include a ban on defense exports and sales. Accordingly, the $11 billion arms deal that U.S. Secretary of Defense Chuck Hagel signed with Qatar in mid-July, to sell to Qatar dozens of Apache helicopters, hundreds of Patriot missiles and hundreds of anti-tank rockets, should be cancelled if Qatar continues to support Hamas.

Designation of Qatar as a State Sponsor of Terrorism would also enable Israeli and Arab victims of Hamas’s rocket attacks, executions, and forced service as “human shields” (or their surviving families) to sue Qatar in the United States, and potentially recover some of the oil- and natural gas- rich nation’s assets.

ZOA also urges the following additional steps:
(1) Suspend the FAA license to operate in the United States of Qatar’s national (government-owned) airline, Qatar Airways, inasmuch as Qatar is violating U.S. law by funding and providing other material support to Hamas;
(2) American Universities (including Columbia University, Cornell University and Georgetown University) and cultural institutions and think tanks (including MOMA and the Brookings Institute) should end or suspend their programs in Qatar; and
(3) The U.S. Congress should initiate an investigation of Qatar’s support for Hamas, and review additional steps that can be taken.

Since 1987, the U.S. State Department has continuously listed Hamas as a designated Foreign Terrorist Organizations whose terrorist activities threaten U.S. nationals or U.S. national security. Providing material support to Hamas is a federal crime. The European Union, Canada and Egypt also all designate Hamas as a terrorist organization. Hamas’s charter calls for the murder of every Jew and the annihilation of the State of Israel. Hamas and its collaborators launched 15,000 missiles at innocent Israeli civilians from 2001 through mid-July 2014 (prior to the most recent war), and another 3,000 missiles at innocent Israeli civilians during recent weeks. Hamas also dug a network of terror tunnels in preparation for a planned massacre of thousands of innocent Israeli civilians. Qatari financial contributions to Hamas have helped finance Hamas’s missile attacks and terror tunnels aimed at Israel.

In October 2012, the Emir of Qatar, Sheik Hamad bin Khalifa al-Thani, became the first head of state to visit Gaza since Hamas forcibly seized control of Gaza in 2007. During his visit, the Emir pledged $400 million to Hamas-controlled Gaza – an enormous infusion of cash that dwarfed the entire estimated $300 million of foreign aid that Hamas received annually. An Israeli government spokesman noted that most of the money that the Qatari Emir was pouring into Gaza “will go to Hamas pockets, directly or indirectly.” The New York Times called Qatar’s huge contribution to Hamas “transformational” and called the Emir’s Gaza visit “the latest step” in Qatar’s “ambitious campaign . . . to leverage its outsize pocketbook in support of Islamists across the region.” Qatari funds were also crucial to the Muslim Brotherhood’s attempted takeover of Egypt under Mohammed Morsi, and have been critical to Hamas’ build-up of rockets and terror tunnels and infrastructure in the years leading to this summer’s war, in which Hamas launched over 3,000 rockets at innocent Israeli civilians.

Moreover, ever since Hamas’s leaders were forced to depart from their Damascus, Syria base of operations in 2012, Hamas’s head Khaled Mashal has been living a luxurious lifestyle in Doha, Qatar (staying in luxury hotels, enjoying fine dining, working out at the gym, traveling in private jets) and running Hamas from Qatar. (Mashal also lived in Qatar previously, after Hamas’s leadership was expelled from Jordan in August 1999, until Mashal moved to Syria in 2001.)
In addition to Hamas, other terrorist groups, including the Taliban, also have offices in Doha, Qatar. In addition, Qatar has strong ties with Iran and the Muslim Brotherhood, and supports the Islamic State (also known as ISIS or ISIL).
In an Op ed on August 1st, Harvard Professor Alan Dershowitz aptly wrote that American “allies” Qatar and Turkey are accessories to Hamas’ war crimes, and that Qatar and Turkey’s material support to Hamas has included “financial, diplomatic, media [support] and even the provision of weapons that deliberately target Israeli civilians from behind Palestinian civilians who are used as human shields.” Dershowitz added that Qatar’s material support has also included “harboring war criminals, especially leaders of Hamas, who direct their followers from the safety of Doha” (Qatar’s capital). Dershowitz concluded: “Without the support of Qatar and Turkey, Hamas would never have started this bloody war that has caused so much human suffering.”

Prior to June 2009, Qatar had a trade mission in Israel. In addition, some years ago, ZOA President Morton Klein and then-ZOA National Chairman Michael Orbach and leaders of other American Jewish organizations spent several days as special guests of the Emir of Qatar at the Emir’s magnificent palace. ZOA President Klein stated:
“Qatar’s leader showed the ZOA and other Jewish organizations great hospitality and graciousness. Qatar also began demonstrating to the world the benefits of Arab-Israeli cooperation when Qatar formerly had its trade mission in Israel.
It is thus sad and downright shocking that instead of continuing to pursue the paths of peace and cooperation, Qatar has done an about-face, from friendly relations with Jewish leaders and Israel, to sponsoring, funding and promoting Nazi-like organizations that want to kill every Jew.

Qatar’s considerable financial, media, and other material support for Hamas and other terrorist organizations in recent years has led to tremendous bloodshed and suffering. Qatar must end its unlawful support of Hamas immediately – or face official designation as a State Sponsor of Terrorism and other penalties.”

Other nations have acted in response to Qatar’s support for Hamas’s parent organization, the Muslim Brotherhood. Early this year, fellow GCC (Gulf Cooperation Council) countries Saudi Arabia, the United Arab Emirates and Bahrain met with Qatar to try to persuade Qatar to stop backing Muslim Brotherhood groups and to end Qatar’s other destabilizing activities. After the meetings failed to change Qatar’s ways, on March 5, 2014, Saudi Arabia, the UAE and Bahrain recalled their ambassadors from Qatar, and issued a joint statement that Qatar violated a Qatar-GCC November 23, 2013 agreement not to back “anyone threatening the security and stability of the GCC whether as groups or individuals – via direct security work or through political influence, and not to support hostile media.” It is time for the United States to also act in response to Qatar’s support for terrorist groups.

We would love to hear from you! Please fill out this form and we will get in touch with you shortly.
Trending Z
Uncategorized August 21, 2014
ZOA Analysis: Most American Rabbis Who Are Boycotting Some Israeli Ministers Are From Extremist Left Wing Groups (J Street; T’ruah; JVP)
Uncategorized August 21, 2014
ZOA: Israel’s Reasonable Judicial Reform Proposals Are Good for Democracy, the Rule of Law and the Economy
News August 21, 2014
ZOA is Disappointed, Offended and Frightened by 211 U.S. House Votes Supporting Jew-Hating, Israel-Hating Rep. Ilhan Omar
Uncategorized August 21, 2014
Israel’s “Right of Return” Grandparent Clause is De-Judaizing the Jewish State – Eliminate It
Center for Law & Justice
We work to educate the American public and Congress about legal issues in order to advance the interests of Israel and the Jewish people.
We assist American victims of terrorism in vindicating their rights under the law, and seek to hold terrorists and sponsors of terrorism accountable for their actions.
We fight anti-Semitism and anti-Israel bias in the media and on college campuses.
We strive to enforce existing law and also to create new law in order to safeguard the rights of the Jewish people in the United States and Israel.
Our Mission
ZOA STATEMENT
The ZOA speaks out for Israel – in reports, newsletters, and other publications. In speeches in synagogues, churches, and community events, in high schools and colleges from coast to coast. In e-mail action alerts. In op-eds and letters to the editor. In radio and television appearances by ZOA leaders. Always on the front lines of pro-Israel activism, ZOA has made its mark.
Connect with us
Sign up for our Newsletter