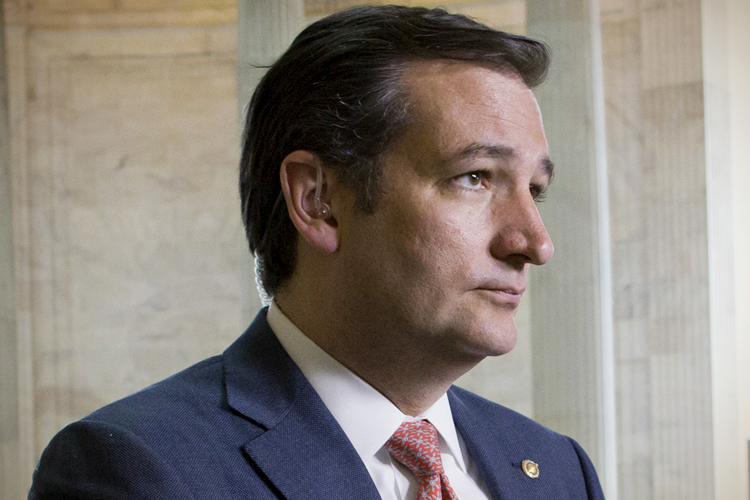 Update: This story has been updated to include Cruz’s spokesperson’s comment that Cruz will not be attending the protest after all. Sept. 16, 2014, at 8:42 p.m.

WASHINGTON – Senator Ted Cruz will join a protest outside Lincoln Center on Monday against a controversial opera about the murder of of a disabled American Jew by Palestinian terrorists in 1985, an organizer of the event said on Tuesday.

But Cruz’s office said that the senator has received an invitation but has not yet confirmed his attendance, and the same organizer that told BuzzFeed News of the senator’s plans said he later was told that Cruz did not plan to come. Later, Cruz’s office said he wouldn’t be attending at all.

Protesters will gather outside the Metropolitan Opera to protest “The Death of Klinghoffer,” an opera written in 1991 that deals with the murder of Leon Klinghoffer, 69, on a cruise ship hijacked by terrorists. The opera has been controversial since its inception, with critics accusing it of anti-Semitism, including Klinghoffer’s daughters.

Cruz confirmed on Tuesday that he will join them, a spokesman for the event’s organizers, Ronn Torossian, said. Hours later, he said that he had now been told Cruz was not coming after all, after Cruz’s office told BuzzFeed News that the senator had not confirmed the invitation.

The controversy has flared up again this summer as the Met said it would produce the opera this fall, prompting calls for it to cancel its plans.

Former U.S. Attorney General Michael Mukasey is also joining the protest, Torossian said, as well as several New York political figures and leaders of the Zionist Organization of America and the Catholic League.

Though Torossian said on Tuesday that Cruz was confirmed to attend the event, his office said that he had not yet confirmed.

“The senator received an informal invitation today and we have not confirmed his attendance,” said Cruz spokesperson Catherine Frazier.

“We actually can’t even attend the event due to schedule,” Frazier said later.

Full story can be found at  http://bit.ly/cruz_protest_invite.

We would love to hear from you! Please fill out this form and we will get in touch with you shortly.
Trending Z
News September 19, 2014
ZOA Condemns U.S. State Dept. & U.S. Amb. Nides For Siding with Antisemitic, Discriminatory Palestinian & Hamas Terrorists re: the Temple Mount, Violating Jews’ Religious Freedom
News September 19, 2014
ZOA’s Klein JPost Op-Ed: There is Nothing Extreme About Israel’s New Government
Uncategorized September 19, 2014
FLASH: ISRAEL-JORDAN PEACE TREATY (1994) GUARANTEES JEWS ACCESS TO THE TEMPLE MOUNT – LET MY PEOPLE PRAY
Uncategorized September 19, 2014
ZOA Analysis: Most American Rabbis Who Are Boycotting Some Israeli Ministers Are From Extremist Left Wing Groups (J Street; T’ruah; JVP)
Center for Law & Justice
We work to educate the American public and Congress about legal issues in order to advance the interests of Israel and the Jewish people.
We assist American victims of terrorism in vindicating their rights under the law, and seek to hold terrorists and sponsors of terrorism accountable for their actions.
We fight anti-Semitism and anti-Israel bias in the media and on college campuses.
We strive to enforce existing law and also to create new law in order to safeguard the rights of the Jewish people in the United States and Israel.
Our Mission
ZOA STATEMENT
The ZOA speaks out for Israel – in reports, newsletters, and other publications. In speeches in synagogues, churches, and community events, in high schools and colleges from coast to coast. In e-mail action alerts. In op-eds and letters to the editor. In radio and television appearances by ZOA leaders. Always on the front lines of pro-Israel activism, ZOA has made its mark.
Connect with us
Sign up for our Newsletter