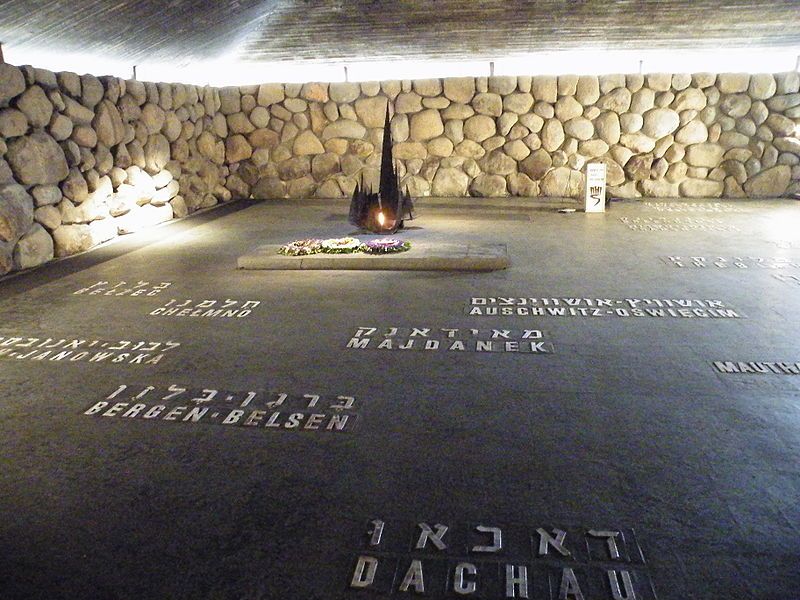 t is no secret that the eyewitnesses to the Nazi death camps, the liberators from the U.S. and Allied Armies, are themselves quickly dying off. They did their duty, most having no clue when they walked into the camps that the devastation and utter horror they would see, smell, and touch would linger with them permanently. ‎

The Mahalniks, the 4,000 volunteers from all over the world who helped Israel fight for its independence in 1948-49, are similarly dying off. Their service, often heroic, has yet to be fully realized and truly recognized.‎

Unfortunately, it seems there has been small, sporadic, and not largely organized acknowledgement of the services these groups have performed for the Jewish people and the State of Israel. Some of us have recognized a real need to actively and definitively coordinate an effort to honor these efforts and put them “on the map” before it is too late.

Several inquiries led to several contacts with officials at Yad Vashem, which is the Israeli organization that we learned would be most likely to lead such programming.

Several years ago at our synagogue in the Main Line in Philadelphia, we held special services during Veterans Day to honor liberators, veterans, and prisoners of war. It was a resounding success. That was followed up with a Veterans Day program with a local black Baptist church to honor the Red Ball Express, black American soldiers in the transportation army units who liberated camps. We also brought liberators together for programs with students at schools and civic associations, and filmed their stories. As important as these programs were, they are not enough.‎

We realized we needed a bigger vision, a full blown holiday to recognize these heroes. Several inquiries led to several contacts with officials at Yad Vashem, which is the Israeli organization that we learned would be most likely to lead such programming. Several questions were offered:

1. Could Yad Vashem be helpful in terms of facilitating educational experiences (speaking opportunities) for the liberators?

2. Could Yad Vashem be helpful in documenting, i.e., taking testimony and recording, the liberators?

3. Would it be possible for Yad Vashem to play a role in an official recognition of the role these men played?

The response was a mixture of inquiries and suggestions:

a) First, was there any umbrella organization that could help identify surviving liberators? If there was not such a clearinghouse, they wanted to know if there was a way of finding them, such as taking out newspaper ads. They also wanted to know about existing material, film footage, and documentation about the liberators.  (In fact, there does exist some grainy black and white footage of Eisenhower and U.S. GIs in one of the camps.)

b) They thought it was important to reach out to Christian church leadership.

c) They asked who would cover costs, including travel, hotel, and perhaps special needs for an elderly speaker   .

d) In terms of filming and documentation, they said they would speak to the historian at Yad Vashem who has been in charge of taking the testimony and recording the Shoah survivors for the Spielberg project. But again, they questioned how the costs of such a project would be covered.

e) They wanted to know about accessing family members of the liberators for their second hand reports. They suggested that there may be diaries, photographs, and other memorabilia that could contribute to a better understanding.

f) Official recognition should and could be accorded for those liberators who may have exhibited some extraordinary effort beyond the call of duty for the survivors. While each GI who witnessed the horrors should be tapped for educational purposes, however, the group as a whole should not be recognized, as after all, they were soldiers who happened to be in a certain place at a certain time.  This response is problematic.

g) Of course, any official day of recognition would have to go through the Knesset as a resolution. And that can take a long time, perhaps too late for liberators and Mahalniks.

h) They suggested we enlist the support of the Holocaust Museum in Washington, the museum in New York, and the Simon Wiesenthal Center in Los Angeles.‎

i) They also suggested we enlist the support of the Jewish War Veterans association, and contact the Department of Veterans Affairs.

j) They said we could reach out to survivors who had experiences with liberators. If children can be identified who were liberated, it may be possible to tap into a larger group. For example, they cited Rabbi Meir Lau, Chief Rabbi of Tel Aviv and Yad Vashem, who as a child survivor had an interesting experience with Rav Schachter z”l, a liberator, during the first Shavuot.

i) They saaid we could enlist the involvement of  American Friends of Yad Vashem. Perhaps they could give an honor to a liberator at their annual dinner in the U.S.‎ in November.

This is an exhaustive list, which bureaucratically might slow progress to a halt. The devil is clearly in the details. Tremendous work needs to be done to get this off the ground, many of these questions need to be answered and researched. The takeaway: If it is indeed an important core mission to remember the special service of the Mahalniks, Liberators, and others who have helped defend and save the Jewish people and give birth to the State of Israel, we must act expeditiously before it is too late.

Original Article may be found at http://www.algemeiner.com/2014/09/22/honoring-liberators-and-mahalniks-before-its-too-late/

We would love to hear from you! Please fill out this form and we will get in touch with you shortly.
Trending Z
News September 22, 2014
New Biden Nominees Opposed Abraham Accords & Involved in Israeli Election Interference
Uncategorized September 22, 2014
ZOA Letter to DOJ & FBI on New “Mapping Project” Antisemitic Threat by ZOA Pres. Morton Klein, Dir. of Research/Special Projects Liz Berney, Esq., Dir. Center for Law & Justice Susan Tuchman, Esq.
News September 22, 2014
ZOA’s Condemnation of Black Lives Matter Defended by JNS’ Tobin: Jews Supporting BLM Empowered Antisemitism
Op-Ed September 22, 2014
ZOA’s Mort Klein JPost Op-Ed: BDS Mapping Project Targets Every Jew, Including Left Wing, Israelophobic Jews
Center for Law & Justice
We work to educate the American public and Congress about legal issues in order to advance the interests of Israel and the Jewish people.
We assist American victims of terrorism in vindicating their rights under the law, and seek to hold terrorists and sponsors of terrorism accountable for their actions.
We fight anti-Semitism and anti-Israel bias in the media and on college campuses.
We strive to enforce existing law and also to create new law in order to safeguard the rights of the Jewish people in the United States and Israel.
Our Mission
ZOA STATEMENT
The ZOA speaks out for Israel – in reports, newsletters, and other publications. In speeches in synagogues, churches, and community events, in high schools and colleges from coast to coast. In e-mail action alerts. In op-eds and letters to the editor. In radio and television appearances by ZOA leaders. Always on the front lines of pro-Israel activism, ZOA has made its mark.
Related Articles
OP-ED CIA Nominee Brennan Dismisses Radical Islam, Calls J’lem Al-Quds, Whitewashes Hizballah