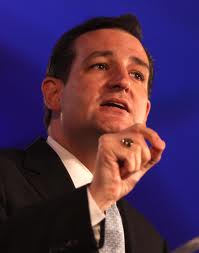 Tuesday, September 30, 2014 — Sen. Ted Cruz of Texas will be the keynote speaker at the annual dinner of the Zionist Organization of America in late November, giving him an audience of some of the nation’s most influential Jewish leaders, including casino magnate and political financier Sheldon Adelson.

“We’re inviting him because he’s one of Israel’s greatest friends,” the organization’s president, Morton Klein, said. Klein said he expects as many as 1,000 attendees at the dinner, which will be held at the Grand Hyatt Hotel in New York City on Nov. 23.

“We’re inviting him because he’s one of Israel’s greatest friends,” the organization’s president, Morton Klein, said.

Cruz, who is considering a bid for the White House in 2016, has been focusing heavily on foreign policy in recent weeks to carve out a space for himself in what’s expected to be a large Republican presidential field. He has also been outspoken in his defense of Israel, including at a recent event for Christians in the Middle East where he was booed for saying, “Christians have no greater friend than the Jewish state.”

Other potential 2016 candidates have courted ZOA, as well. In 2013, former Arkansas Gov. Mike Huckabee, who ran for president in 2008 and is considering another bid in 2016, was the headline speaker. And Sen. Rand Paul has spoken to ZOA’s annual lobbying missions to Washington.

Klein said the invitation to Cruz was about his support of Israel, not his presidential aspirations.

Perhaps the most important audience member for Cruz will be Adelson, who spent nearly $100 million with his wife trying to influence the 2012 campaigns. The Adelsons will be at the dinner to hand out an award named after them.

This article appears in the September 30, 2014 edition of NJ Daily.

We would love to hear from you! Please fill out this form and we will get in touch with you shortly.
Trending Z
Uncategorized September 30, 2014
FLASH: ISRAEL-JORDAN PEACE TREATY (1994) GUARANTEES JEWS ACCESS TO THE TEMPLE MOUNT – LET MY PEOPLE PRAY
Uncategorized September 30, 2014
ZOA Analysis: Most American Rabbis Who Are Boycotting Some Israeli Ministers Are From Extremist Left Wing Groups (J Street; T’ruah; JVP)
Uncategorized September 30, 2014
Israel’s “Right of Return” Grandparent Clause is De-Judaizing the Jewish State – Eliminate It
Uncategorized September 30, 2014
Exclusive: ZOA Accuses Ilhan Omar of Hating the U.S. ‘as Much as Israel,’ Lauds Kevin McCarthy for ‘Throwing Her Off the HFAC’
Center for Law & Justice
We work to educate the American public and Congress about legal issues in order to advance the interests of Israel and the Jewish people.
We assist American victims of terrorism in vindicating their rights under the law, and seek to hold terrorists and sponsors of terrorism accountable for their actions.
We fight anti-Semitism and anti-Israel bias in the media and on college campuses.
We strive to enforce existing law and also to create new law in order to safeguard the rights of the Jewish people in the United States and Israel.
Our Mission
ZOA STATEMENT
The ZOA speaks out for Israel – in reports, newsletters, and other publications. In speeches in synagogues, churches, and community events, in high schools and colleges from coast to coast. In e-mail action alerts. In op-eds and letters to the editor. In radio and television appearances by ZOA leaders. Always on the front lines of pro-Israel activism, ZOA has made its mark.
Connect with us
Sign up for our Newsletter