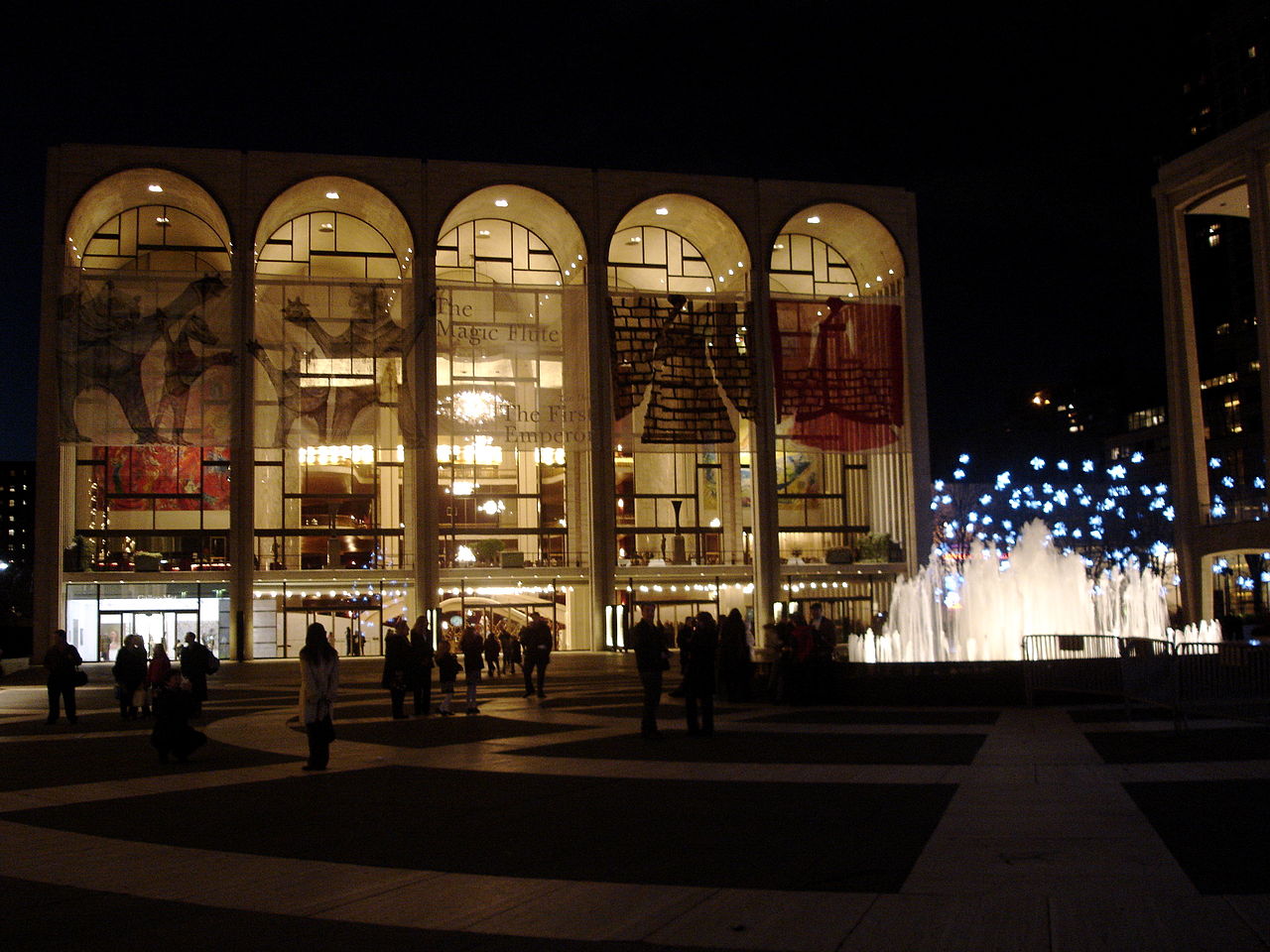 Monday evening October 20th is the opening night of the anti-Semitic, anti-Israel pro-terrorist “Death of Klinghoffer” opera at the Metropolitan Opera.

The Zionist Organization of America (ZOA) urges everyone to attend the protest scheduled for that evening, Monday evening October 20th at 6 p.m. at Lincoln Center, 65th Street and Broadway.   (There will be a 5 p.m. press conference).

“In this era of ISIS beheadings and rising anti-Semitism, it is important to raise our voices when a major cultural institution stoops to performing an opera that idealizes murderous terrorists and defames Jews, Israel and America.”

We will have buses traveling to the protest rally from certain locations including Great Neck, NY and Philadelphia. We understand that there is also a bus coming to the protest from Queens.  Please contact hkatzoff@zoa.org to sign up for the Philadelphia bus.  Please contact liz@zoa.org to sign up for the Great Neck bus and for other bus information.

“In this era of ISIS beheadings and rising anti-Semitism, it is important to raise our voices when a major cultural institution stoops to performing an opera that idealizes murderous terrorists and defames Jews, Israel and America.”

“Death of Klinghoffer” portrays and romanticizes terrorists as poets.  The terrorists sing “we are men of ideals.”  A passenger even sings about how “nice” the hijacker/murderers were to everyone.

The real reason why the Arab terrorists hijacked the cruise ship and murdered Leon Klinghoffer was to blackmail Israel into freeing arch-murderer/terrorist Samir Kuntar and 50 other convicted Arab terrorists.  Samir Kuntar kidnapped and brutally murdered innocent Israeli father Danny Haran in front of his 4 year old daughter (Kuntar first shot and then drowned Danny to make sure he was dead).  Kuntar then murdered little 4-year-old Einat Haran by smashing her brains in with his rifle butt.  Danny’s wife, who was hiding with their baby, accidentally smothered the baby while trying to keep the baby quiet during the terrorist attack.  Kuntar also murdered another innocent Israeli.

Instead of explaining the real reason for the hijacking and murder of Klinghoffer – namely to free fellow Arab terrorists who were convicted of committing multiple murders, “Death of Klinghoffer” falsifies Israeli history, and falsely accuses Israeli Jews of being “supplanters” who brutally drove out Arabs in 1948 (“razing” and “laying waste” to all) and similar non-existest atrocities, in order to “justify” killing Jews.   In fact, the atrocities in 1948 and before and after were committed by Arabs against Jews.

The Jewish people made their home in Israel long before the Arabs arrived on the scene. The Arabs attacked and massacred Jews in Israel repeatedly – slaughtering hundreds of Jews in pogroms in Hebron and Jerusalem in the 1920s and 1930s, and continuing to murder Jews in 1948-1949, and to this very day.  In 1948-1949, seven Arab nations invaded Israel, and along with local Arab terrorists of that era, killed one percent of Israel’s Jewish population.

In addition, the terrorist mastermind that “Death of Klinghoffer” humanizes as a “man of ideals” (Abu Abbas) continued his terrorist activities after murdering Leon Klinghoffer.  Abbas delivered Saddam Hussein’s “rewards” to Palestinian Arab suicide bombers in Judea and Samaria ($25,000 for each Jewish person murdered).

There is more information available about the protests and opera on our website:  StopDeathofKlinghoffer.com   The website has protest night information, how to write letters to the Met, sample letters that people wrote, and more!

Nonetheless, the Met is still insisting on performing this travesty eight times, starting next Monday, October 20.  Let’s all be out there to make sure that the Met knows that it cannot promote terrorism and anti-Semitism with impunity.

We would love to hear from you! Please fill out this form and we will get in touch with you shortly.
Trending Z
Uncategorized October 13, 2014
ZOA Analysis: Most American Rabbis Who Are Boycotting Some Israeli Ministers Are From Extremist Left Wing Groups (J Street; T’ruah; JVP)
Uncategorized October 13, 2014
ZOA: Israel’s Reasonable Judicial Reform Proposals Are Good for Democracy, the Rule of Law and the Economy
News October 13, 2014
ZOA is Disappointed, Offended and Frightened by 211 U.S. House Votes Supporting Jew-Hating, Israel-Hating Rep. Ilhan Omar
Uncategorized October 13, 2014
Israel’s “Right of Return” Grandparent Clause is De-Judaizing the Jewish State – Eliminate It
Center for Law & Justice
We work to educate the American public and Congress about legal issues in order to advance the interests of Israel and the Jewish people.
We assist American victims of terrorism in vindicating their rights under the law, and seek to hold terrorists and sponsors of terrorism accountable for their actions.
We fight anti-Semitism and anti-Israel bias in the media and on college campuses.
We strive to enforce existing law and also to create new law in order to safeguard the rights of the Jewish people in the United States and Israel.
Our Mission
ZOA STATEMENT
The ZOA speaks out for Israel – in reports, newsletters, and other publications. In speeches in synagogues, churches, and community events, in high schools and colleges from coast to coast. In e-mail action alerts. In op-eds and letters to the editor. In radio and television appearances by ZOA leaders. Always on the front lines of pro-Israel activism, ZOA has made its mark.
Related Articles
OP-ED ZOA’s Mort Klein, Bill Kristol at Huckabee Rally for Israel, D.C, Sunday, 2 PM
OP-ED Fmr. Secy. Colin Powell: Defense Dept. Influences Presidential Policy