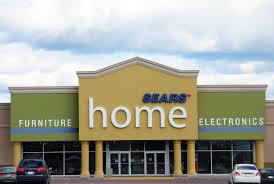 We were appalled to learn that swastika rings are available for purchase on the Sears website.  Shockingly, these rings – identified as “men’s fashion punk rock style jewelry” – were described on the Sears website as “jewelry items [that] are going to make you look beautiful at your next dinner date.”  (http://www.sears.com/cet-domain-sideways-swastika-ring-for-mens-fashion/p-SPM7441408622.)

According to one media report, Sears has removed this listing.  But the swastika ring is still available on the Sears website.  Clicking on the above link, Sears has now posted an apology message, an apology not for having offered this repulsive item for sale, but for it now being unavailable for purchase directly from Sears.  The message says, “We’re sorry but this product is unavailable in the color and size(s) you selected” – as if a ring bearing a swastika was just any other piece of jewelry, and not a symbol of the attempted genocide of the Jewish people.  Sears continues to make the swastika ring available for purchase from third-party vendors on the Sears Web site.  (See http://www.sears.com/search=swastika%20ring?levels=Jewelry.)

Sears should not have been selling these offensive rings in the first place, nor should it be facilitating their sale now.  Doing so legitimizes an anti-Semitic symbol of hate, violence, death and murder, and shamefully tries to turn it into some kind of a fashion statement.

It is nothing of the sort.  As you surely know, the swastika was appropriated by the Nazis and was made the official emblem of the Nazi party in Germany.  Adolph Hitler said the swastika symbolized the victory of the Aryan man.  The swastika is the symbol of the Nazi’s anti-Semitic agenda, which included the deliberate and systematic annihilation of the Jewish people.

In light of the swastika’s well-known and sordid history, promoting it as decorative and enticing should be as offensive to Sears as it is to us.  The use of the swastika as merely decoration on a piece of jewelry violates our values of decency and respect.

We urge you to immediately remove every single reference to this swastika ring from the Sears website, and issue a public apology for Sears’ misguided, insensitive and insulting actions.

If these steps are not taken with 10 business days from the date of this letter, we will be alerting the public and urging consumers to spend their money elsewhere, at stores and on websites that do not promote disgusting symbols of hate and anti-Semitic bigotry.

We would love to hear from you! Please fill out this form and we will get in touch with you shortly.
Trending Z
Uncategorized October 14, 2014
FLASH: ISRAEL-JORDAN PEACE TREATY (1994) GUARANTEES JEWS ACCESS TO THE TEMPLE MOUNT – LET MY PEOPLE PRAY
Uncategorized October 14, 2014
ZOA Analysis: Most American Rabbis Who Are Boycotting Some Israeli Ministers Are From Extremist Left Wing Groups (J Street; T’ruah; JVP)
Uncategorized October 14, 2014
Israel’s “Right of Return” Grandparent Clause is De-Judaizing the Jewish State – Eliminate It
Uncategorized October 14, 2014
Exclusive: ZOA Accuses Ilhan Omar of Hating the U.S. ‘as Much as Israel,’ Lauds Kevin McCarthy for ‘Throwing Her Off the HFAC’
Center for Law & Justice
We work to educate the American public and Congress about legal issues in order to advance the interests of Israel and the Jewish people.
We assist American victims of terrorism in vindicating their rights under the law, and seek to hold terrorists and sponsors of terrorism accountable for their actions.
We fight anti-Semitism and anti-Israel bias in the media and on college campuses.
We strive to enforce existing law and also to create new law in order to safeguard the rights of the Jewish people in the United States and Israel.
Our Mission
ZOA STATEMENT
The ZOA speaks out for Israel – in reports, newsletters, and other publications. In speeches in synagogues, churches, and community events, in high schools and colleges from coast to coast. In e-mail action alerts. In op-eds and letters to the editor. In radio and television appearances by ZOA leaders. Always on the front lines of pro-Israel activism, ZOA has made its mark.
Related Articles
OP-ED CIA Nominee Brennan Dismisses Radical Islam, Calls J’lem Al-Quds, Whitewashes Hizballah