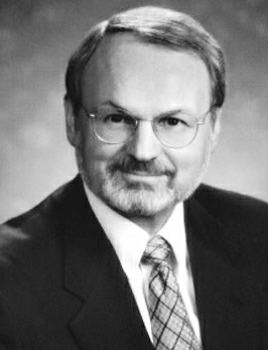 I would hesitate to write this column had I not served as a national Jewish leader who faced similar dilemmas to those confronting the American Jewish leadership today, many of whom I was engaged with in various battles against enemies of the Jewish people and Israel.

Yet, with considerable regret and notwithstanding notable exceptions, I believe that today the major leaders within the American Jewish establishment are failing to stand up and be counted, despite chilling signals that the US administration is about to abandon Israel, effectively revoking the US-Israel alliance on which we are deeply dependent.

There are even hints that US President Barack Obama may forgo the US veto at the United Nations Security Council that protects Israel from censure and sanctions – which could have disastrous repercussions.

This is taking place at a time when much of the world regards Israel as they did Czechoslovakia in the 1930s.

Another serious issue is that Obama has again breached a solemn undertaking and appears prepared to consummate a deal with the Iranians, enabling them to achieve nuclear status.

Tensions have escalated over the past 12 months and the vicious and humiliating manner in which the Obama administration has treated Israel, its purported ally and the only democratic state in the region, is unprecedented. The administration’s condemnation of Israel’s “disproportionate response,” and directive to withhold replenishment of arms during the Gaza war, are hardly the behavior of a genuine ally.

Remaining silent and relying on ZOA and other small groups to defend Israel conveys the false impression that the committed American Jewish community is alienated from Israel and prefers to remain aloof while the Obama administration bashes the Jewish state.

Palestinian Authority President Mahmoud Abbas has failed to make a single concession, opting to merge with the genocidal Hamas. He deliberately incites hatred of Israelis, having just last week hailed the murderer of a three-month-old Israeli baby as a shaheed (martyr) and extended condolences to the family of Rabbi Yehuda Glick’s attempted assassin, whom he described as “rising to heaven while defending our people’s rights and holy places.” Abbas’s adviser Sultan Abu al-Einen said that the “bullets were a beacon that will continue to shine for years to come.” Yet the Obama administration remains circumspect and respectful of Abbas, while Prime Minister Benjamin Netanyahu is treated with contempt and derision.

What is especially galling is that in the midst of regional upheaval, with millions of people being displaced, hundreds of thousands butchered and the world confronted by the snowballing threat of Islamic barbarism from Islamic State and other terrorist groups, Obama remains obsessed with Israel’s need to make concessions that would undermine its security and create long-term existential threats.

It is bizarre that he spends more time condemning Israel for building homes in Jewish neighborhoods of Jerusalem than on the carnage taking place in the region.

And yet, despite all of the above, the Jewish leadership seems to have hibernated. The only voices consistently protesting against the bias and condemnations directed against Israel are the Zionist Organization of America and the Los Angeles- based Simon Wiesenthal Center, which was the first to respond with a well-deserved fusillade against the “chickenshit” outburst, demanding an apology and repudiation.

The Conference of Presidents of Major American Jewish Organizations, in a rare criticism of the White House, demanded that the anonymous official who made the remark, which were “inappropriate” and “counterproductive,” be “held to account.” But Abe Foxman, the national director of the Anti-Defamation League, effectively trivialized the incident, saying that “the White House statement [which distanced itself from the comments without condemning them] should bring closure to the issue.”

Amazingly, the National Jewish Democratic Council condemned the outburst in harsher terms than the Jewish establishment, expressing “surprising disappointment at the profane and inappropriate language” employed.

The issues at stake here go far beyond the vulgar language and the hostile exchanges between Obama and Netanyahu. They relate to the foundations of the US-Israel alliance.

These are times when one would expect the American Israel Public Affairs Committee (whose raison d’etre is surely to respond to such situations) and the American Jewish leadership to publicly protest at the manner in which Israel is being treated.

Remaining silent and relying on ZOA and other small groups to defend Israel conveys the false impression that the committed American Jewish community is alienated from Israel and prefers to remain aloof while the Obama administration bashes the Jewish state.

Most Jewish leaders with whom I communicate admit that they consider Obama’s behavior toward Israel reprehensible.

Many seek to rationalize their behavior by stressing that they are lobbying vigorously behind the scenes, and maintain that public criticism of Obama would encourage him to become even more extreme.

This is the classic Diaspora approach of the “Trembling Israelites.” It has been proven wrong in the past and American Jewish leaders, to their credit, were always robust and outgoing in exercising their democratic right to promote the Jewish standpoint.

We have learned over the years that while shtadlanut (silent diplomacy) is indeed necessary, it can only be effective when backed up by a public campaign.

At this crucial turning point in the relationship with Israel, my real concern is that American Jewish leaders are simply fearful of directly confronting the president and that the allegedly powerful Jewish lobby lacks the backbone to stand up and be counted.

The absence of direction and leadership has already resulted in further erosion, as displayed by Gary Rosenblatt, the respected editor of The New York Jewish Week, who produced an editorial titled “Bibi takes on the world” blasting Netanyahu for confronting the “leader of the free world” and “jeopardizing Israel’s relationship with its most important allies” for electoral reasons. Rosenblatt is a Zionist and a courageous and outspoken journalist.

Only two weeks earlier, he had penned an editorial titled, “Blaming Israel isn’t the answer,” castigating the global anti-Israeli tsunami.

But his latest editorial was unfair and extremely damaging. The Jewish Week was founded by the Jewish Federations, and Rosenblatt conceded to Jeffrey Goldberg of The Atlantic (who exposed the “chickenshit” comment) that in the past there would have been “hell to pay in the community” for such an editorial on Israel, but now “that is no longer the case.”

Goldberg cited the editorial as evidence that Jewish leaders were “uneasy” about Israel’s direction.

He referred to discussions by unnamed Jewish officials questioning Netanyahu’s policies. He went on to state that Israel should be trying to “negotiate in good faith” with the duplicitous Abbas and impose a settlement freeze on Jerusalem and the settlement blocs until such time as negotiations with the Palestinians have clarified which territory will remain within Israel. Needless to say, pigs will fly before the Palestinians agree to such an accommodation.

This is the approach that the Obama administration will adopt in their forthcoming effort to renew negotiations after the mid-term elections.

Whereas most Israelis feel that the prime minister would be well advised to cease making public announcements about construction, the vast consensus would never agree to a construction freeze in the settlement blocs and especially not in the Jewish neighborhoods of Jerusalem.

Certain myths and falsehoods need to be dispelled.

Israel is not creating new settlements. To the contrary, the only real change on the ground in the past decade has been the dismantling of settlements in Gaza – which subsequently became rocket-launching sites. Nor are any Arabs being displaced or Palestinian land being appropriated. The entire area engaged in current settlement is about three percent of the former Jordanian occupied territories. The Oslo accords never required limits to settlement growth and certainly not natural growth of existing communities.

That is the message that AIPAC and Jewish leaders must urgently promote. They must also firmly and publicly condemn the biased policies adopted against Israel by the administration and lobby Congress to prevent Obama from abandoning Israel during his remaining two years in office.

Failure by the Jewish leadership to act now will massively undermine the entire Jewish community as a political force in America, sending a message to the American people and Congress that American Jews are distancing themselves from Israel. This would invariably impact on the very high levels of support that Israel currently enjoys.

It will also weaken the will of Jewish students to stand up and fight for themselves at the campuses, many of which have been transformed into anti-Israeli and anti-Semitic cesspools.

The Jewish leadership has an enormous responsibility to provide direction. Hopefully they will move in this direction, preventing analogies between today’s American Jewish establishment and the disastrous era of Rabbi Stephen Wise and his colleagues, who failed to stand up to president Franklin Roosevelt’s indifference to the plight of Jews during the Holocaust.

The author’s website can be viewed at www.wordfromjerusalem.com. He may be contacted at ileibler@ leibler.com.

This article was published by the Long Island Jewish World and may be found here.

We would love to hear from you! Please fill out this form and we will get in touch with you shortly.
Trending Z
News November 5, 2014
ZOA Condemns U.S. State Dept. & U.S. Amb. Nides For Siding with Antisemitic, Discriminatory Palestinian & Hamas Terrorists re: the Temple Mount, Violating Jews’ Religious Freedom
Uncategorized November 5, 2014
FLASH: ISRAEL-JORDAN PEACE TREATY (1994) GUARANTEES JEWS ACCESS TO THE TEMPLE MOUNT – LET MY PEOPLE PRAY
Uncategorized November 5, 2014
ZOA Analysis: Most American Rabbis Who Are Boycotting Some Israeli Ministers Are From Extremist Left Wing Groups (J Street; T’ruah; JVP)
Uncategorized November 5, 2014
Israel’s “Right of Return” Grandparent Clause is De-Judaizing the Jewish State – Eliminate It
Center for Law & Justice
We work to educate the American public and Congress about legal issues in order to advance the interests of Israel and the Jewish people.
We assist American victims of terrorism in vindicating their rights under the law, and seek to hold terrorists and sponsors of terrorism accountable for their actions.
We fight anti-Semitism and anti-Israel bias in the media and on college campuses.
We strive to enforce existing law and also to create new law in order to safeguard the rights of the Jewish people in the United States and Israel.
Our Mission
ZOA STATEMENT
The ZOA speaks out for Israel – in reports, newsletters, and other publications. In speeches in synagogues, churches, and community events, in high schools and colleges from coast to coast. In e-mail action alerts. In op-eds and letters to the editor. In radio and television appearances by ZOA leaders. Always on the front lines of pro-Israel activism, ZOA has made its mark.
Connect with us
Sign up for our Newsletter