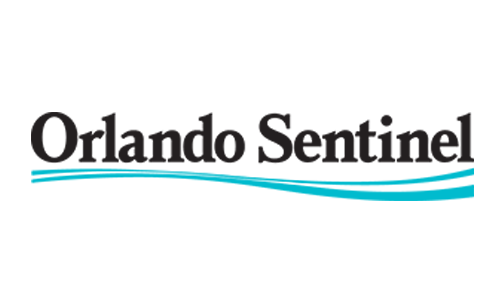 The Nov. 6 My Word column, “U.S. should back off support for Israel,” by Douglas Bevins, demonstrates, at best, a misunderstanding of the basics when it comes to the lack of peace between the Palestinian Arabs and Israel.

Bevins misdirects an accusation of ethnic cleansing at Israel. The peril of ethnic persecution belongs to the Christian communities under the rule of the Palestinian Authority and Hamas, many of whom left or even fled Bethlehem and Gaza, respectively. In addition, Palestinian Authority President Mahmoud Abbas has said, “I will never allow a single Israeli to live among us on Palestinian lands.”

The real reason for the lack of peace is that the Palestinian Authority and the terrorist organization Hamas are engaged in a joint effort to destroy the Jewish Nation of Israel.

The real reason for the lack of peace is that the Palestinian Authority and the terrorist organization Hamas are engaged in a joint effort to destroy the Jewish Nation of Israel.

While referring to “the victims,” Bevins does not mention the 3-month-old baby girl and the 21-year-old woman who were murdered when a Hamas terrorist plowed his car into their bodies and injured 13 others, or the tens of thousands of Jews who have been displaced from their homes in an effort to make peace.

Bevins doesn’t even mean the Palestinian Arab children who are indoctrinated in a culture of martyrdom and violence by PA-sponsored programs that glorify suicide bombers.

At best, Bevins’ column is a result of a severe misunderstanding. At worst, he disregards Israel’s painful efforts to make peace throughout its history, which have only been met with increased terrorism.

This letter appeared in the Orlando Sentinel and may be found here.

We would love to hear from you! Please fill out this form and we will get in touch with you shortly.
Trending Z
Uncategorized November 13, 2014
FLASH: ISRAEL-JORDAN PEACE TREATY (1994) GUARANTEES JEWS ACCESS TO THE TEMPLE MOUNT – LET MY PEOPLE PRAY
Uncategorized November 13, 2014
ZOA Analysis: Most American Rabbis Who Are Boycotting Some Israeli Ministers Are From Extremist Left Wing Groups (J Street; T’ruah; JVP)
Uncategorized November 13, 2014
Israel’s “Right of Return” Grandparent Clause is De-Judaizing the Jewish State – Eliminate It
Uncategorized November 13, 2014
Exclusive: ZOA Accuses Ilhan Omar of Hating the U.S. ‘as Much as Israel,’ Lauds Kevin McCarthy for ‘Throwing Her Off the HFAC’
Center for Law & Justice
We work to educate the American public and Congress about legal issues in order to advance the interests of Israel and the Jewish people.
We assist American victims of terrorism in vindicating their rights under the law, and seek to hold terrorists and sponsors of terrorism accountable for their actions.
We fight anti-Semitism and anti-Israel bias in the media and on college campuses.
We strive to enforce existing law and also to create new law in order to safeguard the rights of the Jewish people in the United States and Israel.
Our Mission
ZOA STATEMENT
The ZOA speaks out for Israel – in reports, newsletters, and other publications. In speeches in synagogues, churches, and community events, in high schools and colleges from coast to coast. In e-mail action alerts. In op-eds and letters to the editor. In radio and television appearances by ZOA leaders. Always on the front lines of pro-Israel activism, ZOA has made its mark.
Connect with us
Sign up for our Newsletter