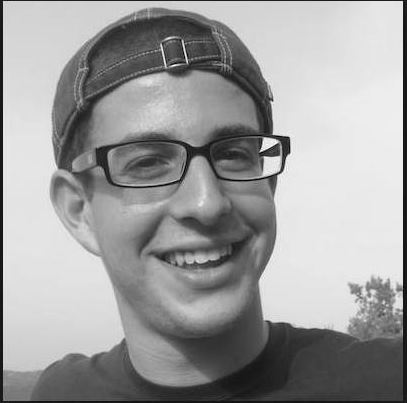 So far I have had a wonderful time on this trip on the first day. We went first to Ariel to look at the West Bank situation where it is a very high strategic area for Jewish people. It was my second time in Ariel, having been there before during the summer of 2013 for a Jewish learning program called MEOR. The city was similar to what I remembered it as, but what really struck me was the number of factories/power plants and the very nice looking theater where various performers come from all around Israel to perform.

It was very interesting to hear the guide talk about approximately 80% of Israel supporting performers performing at the theater in Ariel in an attempt to boycott the theater in which 36 performers tried to do and failed miserably. What also caught me off guard was the fact that Ariel has major production facilities that provide Israel excluding Judea and Samaria with materials. Two other interesting things that I saw in Ariel was Ariel University which is home to approximately 15,000 students learning all different fields of study; we also saw the caravan houses of approximately 8,000 Jewish people who were evacuated from their homes in Gush Katif and have been waiting 10 years to have newly built homes in Ariel and get back to living conditions that were comparable to the ones before their evacuation from their homes. What the trip to Ariel really made me understand is that Jewish settlements can thrive and succeed even though they are necessarily past the 1949 armicist lines and that they are necessarily to meet the demands of an ever-growing influx of Jewish people from around the world who want to make their dream of making aliyah become a reality.

The story of the Maccabees, a small army that wanted to practice Judaism as they wished versus that Greeks is very similar to the story of the creation of the state of Israel.

Later on in the day we went to the Eshel HaShomron hotel in Ariel to have lunch but before we had lunch, we heard a very chilling and remarkable story of confronting terror attacks from Menachem Gilboa. I have heard many stories of Jewish people in Israel surviving the brutality of terrorist attacks, like Kay Wilson who I heard speak at Brandeis this fall semester, but his was quite different. He had the courage to force a suicide bomber to his knees at the gas station right across from his hotel without destroying the gas station totally and causing serious damage to the 100 Israeli soldiers there. For his work in combating the suicide bomber and risking his live to save other citizens of Israel, he acted selflessly and received only the second award given out by the IDF to a civilian for his bravery. It was an extraordinary story to listen to and seeing the pictures from the events and his injuries and his determination to live in the Jewish land of Israel was a very powerful moment for the first day of the trip.

We then went to Shiloh to see how through Jewish history, Shiloh has been a spiritual place for Jewish in the holy land. It is where the mishkan was first established and Danny led us through the history of King David, King Saul, and King Samuel in which I thought was very interesting. However one of the most inspirational parts about this trip so far has been the communal lighting of the Chanukah candles. The story of the Maccabees, a small army that wanted to practice Judaism as they wished versus that Greeks is very similar to the story of the creation of the state of Israel. To gain its independence, the Haganah had to ward off many Arab armies coming from multiple countries trying to destroy the very existence of Jewish people in the land of Israel. To light the candles in Israel was a very special moment for me and I look forward to the many more eye opening experiences that will occur on the trip.

We would love to hear from you! Please fill out this form and we will get in touch with you shortly.
Trending Z
News December 24, 2014
ZOA Deplores that Pres. Trump Dined with Jew-Haters Kanye West & Nick Fuentes, and Demands he Condemn Them
Uncategorized December 24, 2014
ZOA Honors Trump With Rarely Given Herzl Award for His Great Pro-Israel Work – Joins Ranks of Balfour, Truman, Begin, Meir, Ben-Gurion
News December 24, 2014
ZOA Responds to Questions About Pres. Trump, Kanye West, Fuentes, etc. Issue
Uncategorized December 24, 2014
Zionist Organization of America Honors Donald Trump for Support for Israel, Jewish Community
Center for Law & Justice
We work to educate the American public and Congress about legal issues in order to advance the interests of Israel and the Jewish people.
We assist American victims of terrorism in vindicating their rights under the law, and seek to hold terrorists and sponsors of terrorism accountable for their actions.
We fight anti-Semitism and anti-Israel bias in the media and on college campuses.
We strive to enforce existing law and also to create new law in order to safeguard the rights of the Jewish people in the United States and Israel.
Our Mission
ZOA STATEMENT
The ZOA speaks out for Israel – in reports, newsletters, and other publications. In speeches in synagogues, churches, and community events, in high schools and colleges from coast to coast. In e-mail action alerts. In op-eds and letters to the editor. In radio and television appearances by ZOA leaders. Always on the front lines of pro-Israel activism, ZOA has made its mark.
Connect with us
Sign up for our Newsletter