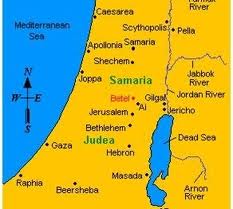 Across the border, we heard rockets and booms and saw a puff of smoke.

And on the Israeli side, there was silence–a deceptive quiet.

Yesterday, we heard from Nir Atir, a former commander in the IDF who fought on the border with Syria during the 1973 Yom Kippur War. On the last day of Hanukkah, he told us about the many in the hands of the few–this time, it was the ~3 Israeli tanks against the ~60 Syrian tanks. He told us how despite all the odds, the Israelis persevered on their holiest holiday and saved Israel from what was sure to be a defeat, bringing peace and quiet to the region.

Later, we went to Kibbutz Misgav Am on the border of Lebanon. Beirut was a 40 minute drive away, but again the border was quiet. We heard about the Israeli efforts from 1982 to 2000, and then again in 2006, to secure peace for the Israelis of the North.

The general feeling was one of peace–the wars are in the past, and Israel is finally safe from its neighbors in the north.

But finally, we drove about 15 minutes from Misgav Am to an army base on the border of Lebanon. There we saw soldiers–regular draftees and reserves–in combat gear and with tanks. It was then that I realized that the situation in the north could change with the drop of a hat–and that if it did, Israel and the IDF have to be prepared.

That realization was a sobering one–after years of war, Israel still needs to be constantly vigilant, their soldiers always ready for war. And if they need to be ready, then to a similar degree so do we, as college activists.

The ZOA mission to Israel will prepare us to be constantly vigilant on campus, and that’s why I’m so grateful for today and for the rest of this trip.

We would love to hear from you! Please fill out this form and we will get in touch with you shortly.
Trending Z
News December 29, 2014
ZOA Deplores that Pres. Trump Dined with Jew-Haters Kanye West & Nick Fuentes, and Demands he Condemn Them
Uncategorized December 29, 2014
ZOA Honors Trump With Rarely Given Herzl Award for His Great Pro-Israel Work – Joins Ranks of Balfour, Truman, Begin, Meir, Ben-Gurion
News December 29, 2014
ZOA Responds to Questions About Pres. Trump, Kanye West, Fuentes, etc. Issue
Uncategorized December 29, 2014
Zionist Organization of America Honors Donald Trump for Support for Israel, Jewish Community
Center for Law & Justice
We work to educate the American public and Congress about legal issues in order to advance the interests of Israel and the Jewish people.
We assist American victims of terrorism in vindicating their rights under the law, and seek to hold terrorists and sponsors of terrorism accountable for their actions.
We fight anti-Semitism and anti-Israel bias in the media and on college campuses.
We strive to enforce existing law and also to create new law in order to safeguard the rights of the Jewish people in the United States and Israel.
Our Mission
ZOA STATEMENT
The ZOA speaks out for Israel – in reports, newsletters, and other publications. In speeches in synagogues, churches, and community events, in high schools and colleges from coast to coast. In e-mail action alerts. In op-eds and letters to the editor. In radio and television appearances by ZOA leaders. Always on the front lines of pro-Israel activism, ZOA has made its mark.
Connect with us
Sign up for our Newsletter