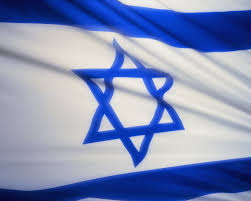 At the top of Ammunition Hill, a group of forty-one student activists sang Hatikva with arms around each other. In a moment that encapsulated the entire trip, the ZOA mission completed its last event before returning stateside for another semester of Zionist activism on college campuses. But it was during that minute-long moment at Ammunition Hill where a seemingly unlikely group of students became a family: A mishpacha.

For the last two weeks, we braved chilly winds in the Golan, felt on edge in Hebron, embraced the unwavering defiance of Sderot, and were uplifted walking through the Old City of Jerusalem. We heard stories of liberation, grave sacrifice, uncanny heroism, and overwhelming commitment to a cause that we all have taken up on our campuses. Through the lens of those who live the Zionist dream, we took in more information than can be described in words and will regurgitate such information for the rest of our lives in a hostile environment. Though the task seems both unsettling and daunting, the ZOA could not have found a more qualified, dedicated, and capable group of student leaders than those forty-one that traveled great distances to return to Israel.

As of New Year’s Day, I entered my ninth year of Zionist activism, but I left Jerusalem remembering the very reason why I got involved in the first place.

As of New Year’s Day, I entered my ninth year of Zionist activism, but I left Jerusalem remembering the very reason why I got involved in the first place. The Israeli paratroopers that sacrificed themselves on Ammunition Hill saw a great cause – that had not been plausible for over 2,000 years. The concept of a liberated Jerusalem in the hands of the Jewish people did not even cross the minds of my great-grandparents, who escaped the horrors of the Russian pogroms at the turn of the 20th century. It did not pass through the minds of the millions of Jews who faced inquisition, persecution, genocide, and expulsion from various lands to the west and to the east. However, the men of the Tzanchanim realized their mission signified more than just an end of Jordanian occupation and torment from the slopes of Ammunition Hill. To fight for Jerusalem meant to fight for the emancipation of the Jewish soul, to liberate the capital of the Jewish people for the first time since the Romans squashed the great revolt and destroyed the Second Temple. This moment was greater than any man, woman, or child; it was the culmination of a wretched journey of Jewish self-determination. It was the greatest cry of Zionism.

As we return to our campuses, those in my group will reflect on all that we have learned in our travels to the great places we have been privileged to see. We have to take the fight back to the campus and strong-arm our enemies – to never speak ill of Jewish self-determination and of the Jewish state in a way that promulgates the same wretched, irrational hatred that threw our people in gas chambers not even seventy years ago. Not only will we no longer apologize for being Zionists, but we will also no longer allow anti-Semitism to poison our campuses unchecked and without severe consequences. From this trip, we have been empowered in the way that the likes of Herzl and Zabotinsky dreamed for us to become. The defenseless Jew no longer exists, and the Zionist Organization of America has given forty-one students the necessary tools that will force our enemies to do exactly what the Tzanchanim did to the Jordanians at Ammunition Hill: Retreat and never return.

We would love to hear from you! Please fill out this form and we will get in touch with you shortly.
Trending Z
Uncategorized January 8, 2015
FLASH: ISRAEL-JORDAN PEACE TREATY (1994) GUARANTEES JEWS ACCESS TO THE TEMPLE MOUNT – LET MY PEOPLE PRAY
Uncategorized January 8, 2015
ZOA Analysis: Most American Rabbis Who Are Boycotting Some Israeli Ministers Are From Extremist Left Wing Groups (J Street; T’ruah; JVP)
Uncategorized January 8, 2015
Israel’s “Right of Return” Grandparent Clause is De-Judaizing the Jewish State – Eliminate It
Uncategorized January 8, 2015
Exclusive: ZOA Accuses Ilhan Omar of Hating the U.S. ‘as Much as Israel,’ Lauds Kevin McCarthy for ‘Throwing Her Off the HFAC’
Center for Law & Justice
We work to educate the American public and Congress about legal issues in order to advance the interests of Israel and the Jewish people.
We assist American victims of terrorism in vindicating their rights under the law, and seek to hold terrorists and sponsors of terrorism accountable for their actions.
We fight anti-Semitism and anti-Israel bias in the media and on college campuses.
We strive to enforce existing law and also to create new law in order to safeguard the rights of the Jewish people in the United States and Israel.
Our Mission
ZOA STATEMENT
The ZOA speaks out for Israel – in reports, newsletters, and other publications. In speeches in synagogues, churches, and community events, in high schools and colleges from coast to coast. In e-mail action alerts. In op-eds and letters to the editor. In radio and television appearances by ZOA leaders. Always on the front lines of pro-Israel activism, ZOA has made its mark.
Connect with us
Sign up for our Newsletter