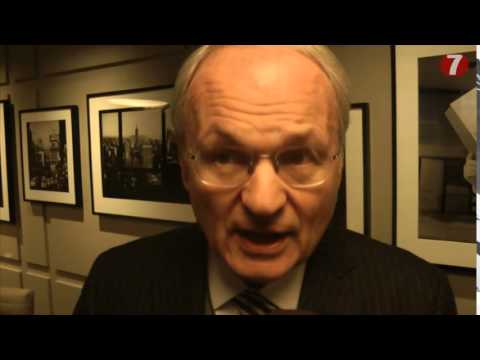 Arutz Sheva got the chance to speak with Morton Klein, President of the Zionist Organization of America (ZOA), who argued US President Barack Obama’s State of the Union address on Tuesday was riddled with hypocritical flaws. 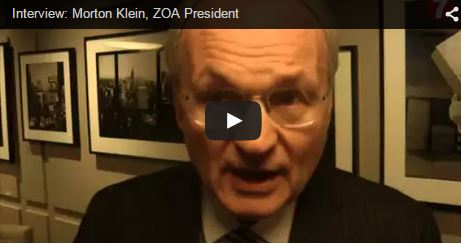 Klein said he was “deeply disappointed, even frightened” that Obama claimed he had stopped Iran’s progress for nuclear weapons, when in reality Iran is allowed to keep its 19,000 centrifuges and develop more advanced centrifuges.

Klein noted that during Hamas’s recent terror war against Israel, Obama also sent the terrorist organization a full $47 million, giving the group that has genocidal aims to murder all Jews the funding ostensibly to help Gaza residents.

The Islamic regime also has been allowed to keep its uranium, and the US has failed to act on Iran’s Intercontinental Ballistic Missiles (ICMBs) used to deliver a nuclear payload, or to secure monitoring in the key Parchin nuclear facility, enumerated Klein.

The ZOA president added that while Obama said “we need to speak outagainst anti-Semitism, he has almost never spoken out against the promotion of hatred and violence by the Palestinian Authority (PA) in their schools, in their media, in their speeches…and continues to give them almost 500 million dollars a year.”

Klein noted that during Hamas’s recent terror war against Israel, Obama also sent the terrorist organization a full $47 million, giving the group that has genocidal aims to murder all Jews the funding ostensibly to help Gaza residents.

Speaking about PA chairman Mahmoud Abbas, Klein stated that the difference between him and his predecessor Yasser Arafat is that Abbas “wears a tie. He founded the terrorist group Fatah with Arafat.” He noted that even Abbas’s emblem signifies his desire to control all of Israel.

Klein added that two months ago, Abbas reportedly told Obama that even if he was given an agreement promising him all of Judea, Samaria and eastern Jerusalem over the 1949 Armistice lines, he still would not agree to forego making future claims for more land.

He noted that the PA has consistently refused agreements that would prevent it from making future claims, turning down huge concessions time and again because “they will not accept Israel ever.”

Speaking about possible solutions, Klein said “there needs to be a reformation of Islam,” and called for the US to stop funding the PA.

“I am not optimistic that peace can be made with a terrorist regime, they need to change, it’s in their ballpark,” he concluded.

This article was originally published by Arutz Sheva and may be found here.

We would love to hear from you! Please fill out this form and we will get in touch with you shortly.
Trending Z
News January 26, 2015
ZOA Condemns U.S. State Dept. & U.S. Amb. Nides For Siding with Antisemitic, Discriminatory Palestinian & Hamas Terrorists re: the Temple Mount, Violating Jews’ Religious Freedom
Uncategorized January 26, 2015
FLASH: ISRAEL-JORDAN PEACE TREATY (1994) GUARANTEES JEWS ACCESS TO THE TEMPLE MOUNT – LET MY PEOPLE PRAY
Uncategorized January 26, 2015
ZOA Analysis: Most American Rabbis Who Are Boycotting Some Israeli Ministers Are From Extremist Left Wing Groups (J Street; T’ruah; JVP)
Uncategorized January 26, 2015
Israel’s “Right of Return” Grandparent Clause is De-Judaizing the Jewish State – Eliminate It
Center for Law & Justice
We work to educate the American public and Congress about legal issues in order to advance the interests of Israel and the Jewish people.
We assist American victims of terrorism in vindicating their rights under the law, and seek to hold terrorists and sponsors of terrorism accountable for their actions.
We fight anti-Semitism and anti-Israel bias in the media and on college campuses.
We strive to enforce existing law and also to create new law in order to safeguard the rights of the Jewish people in the United States and Israel.
Our Mission
ZOA STATEMENT
The ZOA speaks out for Israel – in reports, newsletters, and other publications. In speeches in synagogues, churches, and community events, in high schools and colleges from coast to coast. In e-mail action alerts. In op-eds and letters to the editor. In radio and television appearances by ZOA leaders. Always on the front lines of pro-Israel activism, ZOA has made its mark.
Connect with us
Sign up for our Newsletter