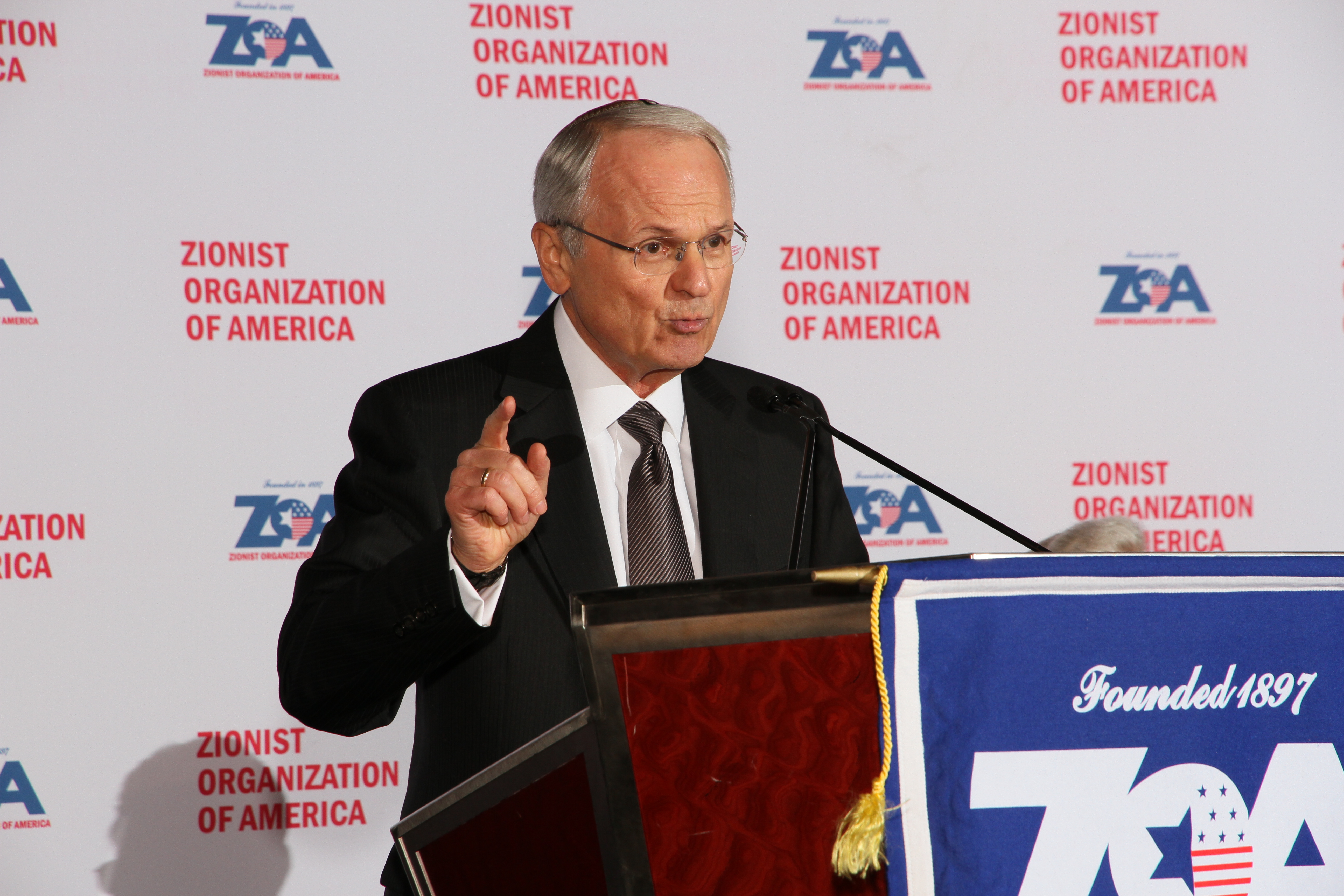 The conference started with a short visit to the European Parliament in Brussels after which we had a meeting and discussion with Alex Benjamin, Director of Political Affairs at the European Friends of Israel (EFI), a political initiative with the objective of improving the relationship between the European Union and Israel. Mr. Benjamin explained that the best way to attract the attention of the members of the EU parliament in Brussels is by engaging in issues that are of particular interest to them and where a relationship with Israel could benefit their constituencies — such as in agriculture or medical research. He also explained to the delegation that the most controversial issue amongst EU parliament members are the ‘illegal Israeli settlements’ and that they cannot understand why the Israeli government continues to support construction in the ‘occupied territories’.

There also continues to be a reluctance to talk about anti-Semitism in the EU Parliament as members dismiss this as a serious issue and prefer to focus on issues such as the alleged ‘Apartheid’ that is being perpetrated in Israel.

Mr. Benjamin’s talk was followed by Elise Rafaelle Coolegen, Policy Advisor on Israel and the Middle East to the European Parliament. In her speech she emphasised the need of building strong relationships with Christian Zionists who support Israel and gave an example of the world’s largest Jewish Menorah built by Christians in the small Dutch town of Niijkerk near Amsterdam. Mrs. Coolegen also spoke about some of her worrying experiences in the EU Parliament and how its members keep on insisting that Israel must engage in dialogue with Hamas, but continue to remain ignorant to the fact that Hamas is an internationally recognised terrorist organisation. There also continues to be a reluctance to talk about anti-Semitism in the EU Parliament as members dismiss this as a serious issue and prefer to focus on issues such as the alleged ‘Apartheid’ that is being perpetrated in Israel.

Next on our agenda was an emotional visit to The Brussels Jewish Museum where four people were killed in a shooting at the museum in May 2014. We held a memorial in honour of the victims of the attack.

As Shabbat entered we all attended The Central Synagogue of Brussels for a Shabbat service and dinner. We were honoured by the attendance of Baron Prof. Julien Klener who is the president of the Central Jewish Consistory of Belgium. He shared with us his moving life story.

As a young child, his parents had to give him away to a Christian couple in order to protect him from the Nazis. He also shared how proud he is of his children who have made Aliya. He highlighted how difficult life is becoming for Jewish people in Belgium and that many in the community are weighing up whether they should remain in Belgium or seek a better and safer life elsewhere. Mr. Klener also highlighted how the people of Europe were becoming fed up with the issues in Israel and were ‘tired’ of hearing about Israel. The majority of people in Europe are starting to believe that the world would be a much better place without the State of Israel and the Jewish people. These were certainly some very worrying insights.

We were also fortunate to listen to a fascinating talk by Morton Klein who is the president of the Zionist Organization of America (ZOA). Mr Klein, who is a German- born American economist, statistician, and Zionist activist has been instrumental in the revival of the ZOA and has turned it into one of the most outspoken organisations on the American Jewish scene. He focused his discussion on the increase of anti-Semitism on University campuses in the USA.

Dr. Guy Millier from the University of Paris gave a talk titled ‘The return of anti- Semitism to Europe’. Dr. Millier’s view is that people are underestimating the extent of anti-Semitism in Europe, and attributed blame to the press in France who he believes are biased against Jews in favour of Islam. Islamic anti-Semitism has seen a major increase and become a major issue, yet the press in France are uncomfortable reporting these acts of anti-Semitism in the media out of fear of Muslim backlash and therefore many of these acts simply go unreported are ‘swept under the carpet’. It is almost forbidden to say anything negative about Islam in Europe today.

Other South Africans present at the conference were Ant Katz from the SA Jewish Report and Leon Reich who represented South Africa on a very interesting panel discussion which focused on the countering of anti-Semitism. Yitzchak Cherem from Venezuela, Saskia Patell (representing the Zionist Federation of Sweden) and Shimon Bret from Belgium also participated in the discussion. Yitzchak Chermen gave a fascinating talk on the rise of anti-Semitism in Venezuela.

Yaakov Hagoel concluded the conference with a passionate speech. He spoke about how the rise of the internet has facilitated anti-Semitism around the world and how the Centre for Countering anti-Semitism has its hands full fighting this dangerous trend. Mr. Hagoel emphasised how all Jews should remain united and vigilant against rising anti-Semitism around the world and we should be ready to fight back with every chance we get and be prepared to say “enough is enough and we are not going to take it any more.”

The conference hosted participants from more than 20 different countries and I was very fortunate to be able to attend as the representative of the South Africa Zionist Federation Cape Council.

We would love to hear from you! Please fill out this form and we will get in touch with you shortly.
Trending Z
Uncategorized February 5, 2015
FLASH: ISRAEL-JORDAN PEACE TREATY (1994) GUARANTEES JEWS ACCESS TO THE TEMPLE MOUNT – LET MY PEOPLE PRAY
Uncategorized February 5, 2015
ZOA Analysis: Most American Rabbis Who Are Boycotting Some Israeli Ministers Are From Extremist Left Wing Groups (J Street; T’ruah; JVP)
Uncategorized February 5, 2015
Israel’s “Right of Return” Grandparent Clause is De-Judaizing the Jewish State – Eliminate It
Uncategorized February 5, 2015
Exclusive: ZOA Accuses Ilhan Omar of Hating the U.S. ‘as Much as Israel,’ Lauds Kevin McCarthy for ‘Throwing Her Off the HFAC’
Center for Law & Justice
We work to educate the American public and Congress about legal issues in order to advance the interests of Israel and the Jewish people.
We assist American victims of terrorism in vindicating their rights under the law, and seek to hold terrorists and sponsors of terrorism accountable for their actions.
We fight anti-Semitism and anti-Israel bias in the media and on college campuses.
We strive to enforce existing law and also to create new law in order to safeguard the rights of the Jewish people in the United States and Israel.
Our Mission
ZOA STATEMENT
The ZOA speaks out for Israel – in reports, newsletters, and other publications. In speeches in synagogues, churches, and community events, in high schools and colleges from coast to coast. In e-mail action alerts. In op-eds and letters to the editor. In radio and television appearances by ZOA leaders. Always on the front lines of pro-Israel activism, ZOA has made its mark.
Connect with us
Sign up for our Newsletter