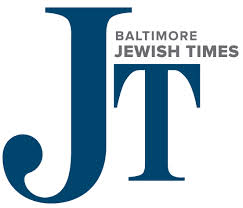 Sens. Ben Cardin (D-Md.) and Rob Portman (R-Ohio) and Rep. Peter Roskam (R-Ill.) authored amendments discouraging European trading partners from engaging in boycotts of Israel or Israeli-controlled territories. Cardin’s amendment was accepted in a 26-0 roll call vote at the April 22 Senate Finance Committee markup of the Trade Promotion Authority Bill and was followed by unanimous approval of a similar measure in the House Ways and Means Committee the following day.

The amendments further discourage actions by “potential trading partners that directly or indirectly prejudice or otherwise discourage commercial activity solely between the United States and Israel” and provide language to “seek the elimination of state-sponsored unsanctioned foreign boycotts against Israel or compliance with the Arab League Boycott of Israel by prospective trading partners.” Cardin affirmed that his amendment uses much of the same language of the U.S.-Israel Trade Enhancement Act of 2015 he put forth with Portman in March.

“The thrust of this amendment is to deal with governmental actions, not individuals,” he said. “Individuals can do whatever they want to do. Trading partners who want to do business with us should not marginalize Israel.”

The negotiating objectives pertaining to trade with Israel apply only to the Transatlantic Trade and Investment Partnership agreement with European countries and not the Trans Pacific Trade Agreement currently being considered with Asian trading partners in mind.

Roskam’s amendment sought to blunt criticism of the U.S.-Israel Trade and Commercial Enhancement Act from groups such as J Street and Americans for Peace Now. In a statement, both organizations characterized congressional protection of goods from the Israeli-occupied West Bank as counter to American policies critical of Israel’s military and civilian presence there.

“We view the [bill] as not simply unhelpful to the effort to combat” the global boycott, divestment and sanctions (BDS) movement, “but contrary to longstanding U.S. policy opposing settlement of the territory occupied by Israel in the 1967 Six Day War. In particular, the bill perpetuates and validates one of the BDS movement’s most harmful fallacies: that Israel and the territory it occupies in the West Bank should be treated as one and the same.”

Pushing back on such criticism, a Roskam staffer with knowledge of the legislation said that the language adopted in the amendment pertaining to “Israeli territories” was not a political statement on a two-state solution or final borders, but a reflection of the reality that Israel does have authority over settlements.

“The thrust of this amendment is to deal with governmental actions, not individuals,” he said. “Individuals can do whatever they want to do. Trading partners who want to do business with us should not marginalize Israel.”

He pointed to past trade deals with Oman and Bahrain as a model. In those cases, an upgrade in trade status was predicated on requiring the Gulf countries to reject boycotts of the Jewish state.

“This is not an unusual move,” said Cardin.

Further language from Roskam’s original requires the president to submit to Congress a report on “politically motivated acts of boycott, divestment from and sanctions against Israel” no later than 180 days after the act’s enactment.

AIPAC, for which fighting Israel boycotts is a legislative priority, heralded the progress of Cardin’s amendment, saying in a statement that it “applauds the important steps that Congress has taken this week to defend Israel against pernicious economic efforts by foreign governments that unfairly single out and boycott our ally.”

It remains to be seen if the amendments, which must still be voted on in both chambers, will cause complications with European trading partners. The European Union officially opposes boycotts of Israel, but there has been a renewed push for distinctly labeling goods made in settlements. In April, 16 foreign ministers wrote a letter to EU’s foreign policy chief, Federica Mogherini, asking her to advance the process of labeling Israeli goods produced in Jewish settlements as “Made in the West Bank.”

“You get push back on everything,” said Cardin. “If they want to be our trade partners, they shouldn’t participate in these anti-trade policies.”

We would love to hear from you! Please fill out this form and we will get in touch with you shortly.
Trending Z
Uncategorized May 1, 2015
ZOA Analysis: Most American Rabbis Who Are Boycotting Some Israeli Ministers Are From Extremist Left Wing Groups (J Street; T’ruah; JVP)
Uncategorized May 1, 2015
ZOA: Israel’s Reasonable Judicial Reform Proposals Are Good for Democracy, the Rule of Law and the Economy
Uncategorized May 1, 2015
Israel’s “Right of Return” Grandparent Clause is De-Judaizing the Jewish State – Eliminate It
News May 1, 2015
ZOA is Disappointed, Offended and Frightened by 211 U.S. House Votes Supporting Jew-Hating, Israel-Hating Rep. Ilhan Omar
Center for Law & Justice
We work to educate the American public and Congress about legal issues in order to advance the interests of Israel and the Jewish people.
We assist American victims of terrorism in vindicating their rights under the law, and seek to hold terrorists and sponsors of terrorism accountable for their actions.
We fight anti-Semitism and anti-Israel bias in the media and on college campuses.
We strive to enforce existing law and also to create new law in order to safeguard the rights of the Jewish people in the United States and Israel.
Our Mission
ZOA STATEMENT
The ZOA speaks out for Israel – in reports, newsletters, and other publications. In speeches in synagogues, churches, and community events, in high schools and colleges from coast to coast. In e-mail action alerts. In op-eds and letters to the editor. In radio and television appearances by ZOA leaders. Always on the front lines of pro-Israel activism, ZOA has made its mark.
Connect with us
Sign up for our Newsletter