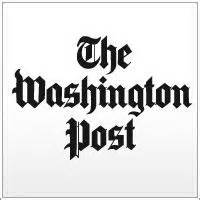 The Vatican announced a treaty Wednesday that reaffirms Palestinian statehood, a step that immediately drew Israeli criticism and stirred alarm that an activist Pope Francis was advancing the Palestinian cause at Israel’s expense.

The agreement, being finalized in Rome by a group called the Bilateral Commission of the Holy See and the State of Palestine, “deals with essential aspects of the life and activity of the Catholic Church in Palestine,” according to a joint statement posted on the Vatican’s Web site. Palestinians said the accord addresses such matters as properties, taxes and protocol at holy sites.

Social media and news reports — as well as some pro-Israel and pro-Palestinian voices — seized on the treaty to suggest that the Vatican had newly recognized the “State of Palestine,” although the Vatican had done so shortly after the United Nations granted Palestine “non-member observer status” in 2012.

Yosef Lamdan, a former Israeli ambassador to the Vatican, said it was still unclear what the new agreement means but that it was unlikely to alter diplomatic relations between Israel and the Vatican.

News of the pending agreement triggered conflicting statements on its significance for the decades-old Israel-Palestinian conflict. The Israeli Foreign Ministry issued a statement saying it was “disappointed.”

“Israel heard with disappointment the decision of the Holy See to agree [to] a final formulation of an agreement with the Palestinians including the use of the term ‘Palestinian State,’ ” an unnamed Israeli Foreign Ministry official said in a statement.

“Such a development does not further the peace process and distances the Palestinian leadership from returning to direct bilateral negotiations,” the official added.

Palestinian officials in Ramallah, usually quick to promote anything that advances their cause in the international community, said they were surprised by news media accounts about an alleged change in Vatican policy.

“There’s nothing new here, in terms of the recognition of Palestine, which was given to us a few years ago by the Holy See. What is new is we are going to sign an agreement with the Vatican,” said Xavier Abu Eid, a spokesman for the Palestine Liberation Organization (PLO).

Abu Eid said there has been an official ambassador from the state of Palestine at the Holy See for several years.

Like the Israeli government, U.S. Jewish leaders from across the political spectrum criticized the Vatican, though it was unclear whether they believed the Holy See was newly recognizing Palestine or was advancing its recognition in a treaty.

“I’m shocked by the pope’s appeasement and collapsing in the face of radical Muslims,” said Mort Klein, president of the Zionist Organization of America. “I believe this is appeasing radical Muslims in an attempt to mitigate the continuing murdering of Christians in Africa and the Middle East.”

Klein added that the move represents a resurgence of “the historical Catholic enmity towards Jews.”

Rabbi Rick Jacobs, head of the Reform Movement, the largest U.S. denomination of Jews, praised the pope’s “moral leadership” and expressed hope that he can advance Middle East peace, but he said “a unilateral gesture like this is not the right way to do so.”

Palestinian Authority President Mahmoud Abbas is scheduled to visit Francis at the Vatican on Saturday ahead of the canonization of two new saints from the Holy Land on Sunday. The pope made a trip to Israel and the West Bank last year that was followed by a visit to the Vatican for a “prayer summit” between Abbas and Israel’s then-president, Shimon Peres.

The Vatican has a deep interest in the Holy Land because of its centrality in the life and death of Jesus, and it maintains Christian holy sites scattered across both Israel and the Israeli-occupied West Bank, territory sought by the Palestinians for a future state.

Yosef Lamdan, a former Israeli ambassador to the Vatican, said it was still unclear what the new agreement means but that it was unlikely to alter diplomatic relations between Israel and the Vatican.

“Pope Francis is extremely friendly to Israel and certainly to Jews,” he said. “Israel will not withdraw its ambassador. It might express disappointment, but it will not affect the relationship.”

Steve Colecchi, who focuses on Middle East policy for the U.S. Conference of Catholic Bishops, said the Vatican’s move is “consistent with the trajectory” of the Holy See’s relations with the Palestinians in recent years.

The pope used the term “state of Palestine” when he visited the region recently, Colecchi said, and it was used in a Vatican document in January 2013, a few months before Francis was elected. “All popes in the modern era have supported the establishment” of it, Colecchi said.

The hammering out of the agreement announced Wednesday “has the incidental effect of recognizing the State of Palestine,” he said.

On Sunday, Francis is scheduled to declare the sainthood of two nuns born in the 1840s. Marie-Alphonsine Danil Ghattas, from a Palestinian family in Jerusalem, and Mariam Bawardy, born to Greek Catholic parents in the Galilee, will be canonized in a Mass celebrated at St. Peter’s Square in Vatican City.

Abbas is scheduled to attend, along with thousands of Palestinian Christians.

This article was published by the Washington Post and may be found here.

We would love to hear from you! Please fill out this form and we will get in touch with you shortly.
Trending Z
Uncategorized May 15, 2015
FLASH: ISRAEL-JORDAN PEACE TREATY (1994) GUARANTEES JEWS ACCESS TO THE TEMPLE MOUNT – LET MY PEOPLE PRAY
Uncategorized May 15, 2015
ZOA Analysis: Most American Rabbis Who Are Boycotting Some Israeli Ministers Are From Extremist Left Wing Groups (J Street; T’ruah; JVP)
Uncategorized May 15, 2015
Israel’s “Right of Return” Grandparent Clause is De-Judaizing the Jewish State – Eliminate It
Uncategorized May 15, 2015
Exclusive: ZOA Accuses Ilhan Omar of Hating the U.S. ‘as Much as Israel,’ Lauds Kevin McCarthy for ‘Throwing Her Off the HFAC’
Center for Law & Justice
We work to educate the American public and Congress about legal issues in order to advance the interests of Israel and the Jewish people.
We assist American victims of terrorism in vindicating their rights under the law, and seek to hold terrorists and sponsors of terrorism accountable for their actions.
We fight anti-Semitism and anti-Israel bias in the media and on college campuses.
We strive to enforce existing law and also to create new law in order to safeguard the rights of the Jewish people in the United States and Israel.
Our Mission
ZOA STATEMENT
The ZOA speaks out for Israel – in reports, newsletters, and other publications. In speeches in synagogues, churches, and community events, in high schools and colleges from coast to coast. In e-mail action alerts. In op-eds and letters to the editor. In radio and television appearances by ZOA leaders. Always on the front lines of pro-Israel activism, ZOA has made its mark.
Connect with us
Sign up for our Newsletter