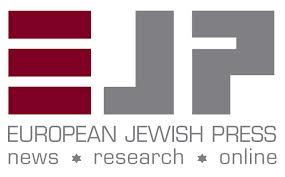 The Shurat HaDin Legal Center in Israel has threatened Coca-Cola with a lawsuit unless it cancels its contract with the Palestinian franchise and its CEO, who has expressed support for the Boycott,Divestment and Sanctions (BDS) movement against Israel.

“This letter is a warning to the Coca-Cola Company that it should rescind its franchise agreement with the Palestinian National Beverage Company, headed by Zahi Khouri, who openly advocates for BDS against Israel,” wrote Shurat HaDin President Nitsana Darshan-Leitner and U.S. adviser Robert J. Tolchin, in a letter to Coca-Cola CEO Muhtar Kent.

“The Coca-Cola Company should not affiliate itself with any person or entity calling for a boycott or similar effort against the Israeli government or the nation’s manufacturers, companies, products or services,” they said.

The letter follows an article published in the New York Observerwhich cited a list of examples in which Zhaki Khouri, expressed support for BDS.

Khouri is founder of the Palestinian National Beverage Company and exclusive holder of the Coca-Cola franchise in the West Bank and Gaza Strip.

In an op-ed for the Orlando Sentinal in 2014, Khouri wrote: “Non-violent efforts of BDS advocates make sense as a means to force Israel to recognize that the occupation is not cost-free.”

Shurat HaDin noted that “a boycott is not protected by the freedom-of-speech language of the First Amendment to the U.S. Constitution because a boycott is not speech, it is action.”

In the Washington DC insider newspaper The Hill, the Palestinian-American businessman criticized Congress for introducing legislation aimed at countering the BDS movement.

Critics of BDS say that the movement practices a double standard against Israeldespite the atrocities of neighboring Syria or the Islamic State. Others have claimed the movement is filled with activists who use the Palestinian cause as a guise for anti-Semitism, to demonize Israel and the Jews.

A bill aimed at discouraging politically motivated actions by foreign countries and international organizations seeking to limit trade with Israel has passed initial hurdles in the US House of Representatives and Senate.

Shurat HaDin noted that “a boycott is not protected by the freedom-of-speech language of the First Amendment to the U.S. Constitution because a boycott is not speech, it is action.”

The Zionist Organization of America (ZOA) caledl upon Coca-Cola to repudiate Khouri’s ””bigoted stance and ”to end its affiliation with Khouri’s company.”

ZOA National President Morton A. Klein said, “Zahi Khouri’s anti-Semitic remarks confirm him as an opponent of the Jewish State of Israel’s existence, one who seeks to ostracize, damage and ultimately overcome Israel by means of the BDS campaign of continual, progressive delegitimization of Israel so as to compel it to make untenable concessions to a Palestinian movement that has no intention of living in peace with Israel.”

“This is unacceptable and indeed in conflict with Khouri’s role as CEO of a Coca-Cola subsidiary,” he added.

“Coca-Cola correctly broke with its former position of abiding by the Arab boycott of Israel when it granted a franchise for Coca-Cola production in Israel in 1966. It would be grotesque and incomprehensible for Coca-Cola to remain silent when a Coca-Cola CEO calls publicly for the boycotting and imposition of sanctions on Israel.”

Israel faces mounting pressures from a number of businesses doing business in its neighborhood. Last week, Stephane Richard, the CEO of Orange, the French telecom giant, backtracked from earlier remarks he made in which he implied his company would boycott Israel. During an emergency visit to Israel, Mr. Richard advised Israeli Prime Minister Benjamin Netanyahu, “I want to make it totally clear that Orange as a company has never supported and will never support any kind of boycott against Israel.”

This article was published by the European Jewish Press and may be found here.

We would love to hear from you! Please fill out this form and we will get in touch with you shortly.
Trending Z
Uncategorized June 16, 2015
ZOA Analysis: Most American Rabbis Who Are Boycotting Some Israeli Ministers Are From Extremist Left Wing Groups (J Street; T’ruah; JVP)
Uncategorized June 16, 2015
ZOA: Israel’s Reasonable Judicial Reform Proposals Are Good for Democracy, the Rule of Law and the Economy
Uncategorized June 16, 2015
Israel’s “Right of Return” Grandparent Clause is De-Judaizing the Jewish State – Eliminate It
News June 16, 2015
ZOA is Disappointed, Offended and Frightened by 211 U.S. House Votes Supporting Jew-Hating, Israel-Hating Rep. Ilhan Omar
Center for Law & Justice
We work to educate the American public and Congress about legal issues in order to advance the interests of Israel and the Jewish people.
We assist American victims of terrorism in vindicating their rights under the law, and seek to hold terrorists and sponsors of terrorism accountable for their actions.
We fight anti-Semitism and anti-Israel bias in the media and on college campuses.
We strive to enforce existing law and also to create new law in order to safeguard the rights of the Jewish people in the United States and Israel.
Our Mission
ZOA STATEMENT
The ZOA speaks out for Israel – in reports, newsletters, and other publications. In speeches in synagogues, churches, and community events, in high schools and colleges from coast to coast. In e-mail action alerts. In op-eds and letters to the editor. In radio and television appearances by ZOA leaders. Always on the front lines of pro-Israel activism, ZOA has made its mark.
Connect with us
Sign up for our Newsletter