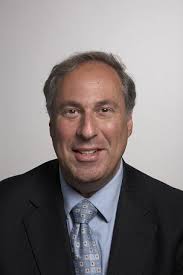 At Saturday morning services at the beautiful Ahavat Shalom Synagogue in Great Neck on June 20, 2015, Dr. Alan Mazurek, M.D. gave an enthusiastically received talk about the Iranian nuclear situation.  It was the sort of forthright talk that I wish everyone in the country could have heard, because Dr. Mazurek illuminated and corrected many of the mistruths that the Obama administration has been disseminating about the Iran deal and Iran’s capabilities.  Aptly, toward the beginning of his talk, Dr. Mazurek mentioned the quote often attributed to George Orwell:  “In a time of universal deceit, telling the truth is a revolutionary act.”

Dr. Mazurek is the Chairman of the Zionist Organization of America (ZOA)’s Long Island-Queens Region, ZOA’s National Vice Chairman, and a long-time pro-Israel activist.  Dr. Mazurek explained that ZOA is non-partisan, and that ZOA criticizes any administration – from either political party – if that administration adopts harmful positions.

President Obama is determined to negotiate a deal with Iran no matter how terrible the deal is. He refuses to increase sanctions and pressure on Iran to get a better deal.

Dr. Mazurek mentioned the lesson that the week’s Torah portion (Korach) has for today’s times; namely that an agreement to do evil will not endure.   The deal being negotiated by the P5+1 nations, led by the Obama administration, and Iran’s leadership, will not endure and will lead to destruction, with Israel and the United States and ultimately the world having to pick up the pieces.

Dr. Mazurek then openly declared:  “Ladies and gentlemen – you, we, all of us, have been lied to.  That the Iranian mullahs have lied is no surprise, we expect that.  But that the Obama administration, our government, our president, has lied not only to us, but even to himself, is outrageous and reprehensible.  So today you are going to hear the truth.   As you will see when I make these accusations I don’t do so lightly. I do so based on facts, not opinions.”

For instance, the Obama administration misleadingly portrays Iran as interested in “peaceful” uses of nuclear technology.  However, DIA Director Flynn testified before Congress on June 10, 2015 that Iran has “every intention” of building a nuclear weapon, and that Iran’s desire to destroy Israel is “very real.”   General Flynn also noted that “Iran has not once contributed to the greater good and security in the region” and that instead, Iran’s fighters have “killed and maimed thousands of Americans and Iraqis.”

Mort Zuckerman likewise explained that “Iran is so hell-bent on domination of the Middle East and the destruction of Israel, it is working across religious lines, according to intelligence report[s].  . . . .Though Hamas is a Sunni Islamist terror group, Shite Iran’s Revolutionary Guards have in the last few months sent Hamas al-Qassam brigades into Gaza, on top of millions of dollars to help rebuild the network of tunnels the Israel Defense Forces found and destroyed last summer.   Imagine the amount of blackmail and bulling a nuclear Iran would do.”

The Obama administration also falsely claims that inspections of Iran’s nuclear facilities will be comprehensive and rigorous.   However, General Flynn testified that Iran has already made it clear that it will limit inspections, resulting in “incomplete verification.”  Dr. Mazurek reminded the audience of President Reagan’s sage advice when dealing with Russia’s nuclear arsenal: “trust but verify.”   With Iran, he stated, there will be no trust and no verification.

President Obama also falsely claims that if Iran violates a deal, there will be “snapback sanctions.”  There are in fact, no “snapback sanctions.”  China and Russia have already stated that they will not agree to such sanctions.  General Flynn also testified that it is “unreasonable” to believe that international sanctions could be resumed once lifted.

The deal also gives Iran precisely what it wants – relief from sanctions in exchange for minimal restraints.  The sanctions relief will give Iran tens of billions of dollars to furnish to Hezbollah, Hamas and other terror groups, which will increase terror attacks on Israel and other innocent victims around the world.

Dr. Mazurek also decribed how President Obama took the military options against Iran off the table in an interview on Israeli TV with Ilana Dayan earlier this month.  Pres. Obama stated that “a military solution will not fix (this threat) even if the United States participates.”   Dr. Mazurek asked:  “What happened to President Obama’s former statements that “all options are on the table,” “We will never allow Iran to have a nuclear weapon,” and “I don’t bluff”?   All of President Obama’s statements were untrue!

Dr. Mazurek explained that “the only silver lining in all of this is that Israel and Saudi Arabia have come closer together, realizing the threat from Iran, and the absence of the United States’ administration in preventing a nuclear arms race and the resultant catastrophic destruction in the Middle East.  Two weeks ago, the new director of the Israeli foreign ministry Ambassador Dore Gold, and former Saudi military advisor, Maj. General Anwar Eshki (ret) met publicly, on stage at the Council of Foreign Relations to discuss Iran and other matters. They had been meeting secretly for over a year. The fact they went public in a big way indicates how dire the Iranian threat is.”

Dr. Mazurek noted: “President Obama is determined to negotiate a deal with Iran no matter how terrible the deal is.  He refuses to increase sanctions and pressure on Iran to get a better deal.  Instead, our president has made one concession after another.  He has ceded Syria and Lebanon to Iranian spheres of influence. He has ignored Iran’s continued support of terrorism all over the region and in fact all over the world, and has remained silent about Iran’s atrocious human right’s record.”

Dr. Mazurek also pointed out the absurdity of the administration’s wishful thinking “strategy” for avoiding nuclear armegaddon:  A former Obama administration official said, “If you get a deal hopefully relations begin to improve and then [Iran’s Supreme leader] Khameni will die and we will get a different supreme leader, a more moderate leader” who might cooperate with United States.

Dr. Mazurek commented:  “Really!? That’s the best they can do!?  Hoping that a 75-year-old man will die soon is not exactly a sound strategy.”

Dr. Mazurek also described three possible solutions: a military strike by Israel and Saudi Arabia and hopefully the United States (although U.S. involvement is unlikely while Pres. Obama remains in office); an electro-magnetic pulse attack on Iran, and computer immobilization of Iran’s capabilities.

Dr. Mazurek thanked the congregation, its president and Rabbi, the Ahavat Shalom Men’s Committee, and especially Shahruz Shahery for Dr. Mazurek to speak.

Dr. Mazurek urged everyone to become active and vigilant.  In this regard, the ZOA is one of the organizers of a major rally against the Iranian nuclear deal and Iranian nuclear weapons, which hopefully readers will attend.  The rally will take place on Wednesday evening July 22, 2015, from 5:30 p.m. to 7:30 p.m. in Times Square, Manhattan.  Major speakers will be speaking at the rally.

The ZOA Long Island-Queens chapter is also planning to hold an event this coming Sunday, June 28, 2015 at 10:00 a.m., co-sponsored with the Great Neck Synagogue Men’s Club, entitled “Fighting for Israel on the Internet.”  The public is invited.  RSVP to liz@zoa.org.

We would love to hear from you! Please fill out this form and we will get in touch with you shortly.
Trending Z
Uncategorized June 26, 2015
FLASH: ISRAEL-JORDAN PEACE TREATY (1994) GUARANTEES JEWS ACCESS TO THE TEMPLE MOUNT – LET MY PEOPLE PRAY
Uncategorized June 26, 2015
ZOA Analysis: Most American Rabbis Who Are Boycotting Some Israeli Ministers Are From Extremist Left Wing Groups (J Street; T’ruah; JVP)
Uncategorized June 26, 2015
Israel’s “Right of Return” Grandparent Clause is De-Judaizing the Jewish State – Eliminate It
Uncategorized June 26, 2015
Exclusive: ZOA Accuses Ilhan Omar of Hating the U.S. ‘as Much as Israel,’ Lauds Kevin McCarthy for ‘Throwing Her Off the HFAC’
Center for Law & Justice
We work to educate the American public and Congress about legal issues in order to advance the interests of Israel and the Jewish people.
We assist American victims of terrorism in vindicating their rights under the law, and seek to hold terrorists and sponsors of terrorism accountable for their actions.
We fight anti-Semitism and anti-Israel bias in the media and on college campuses.
We strive to enforce existing law and also to create new law in order to safeguard the rights of the Jewish people in the United States and Israel.
Our Mission
ZOA STATEMENT
The ZOA speaks out for Israel – in reports, newsletters, and other publications. In speeches in synagogues, churches, and community events, in high schools and colleges from coast to coast. In e-mail action alerts. In op-eds and letters to the editor. In radio and television appearances by ZOA leaders. Always on the front lines of pro-Israel activism, ZOA has made its mark.
Connect with us
Sign up for our Newsletter