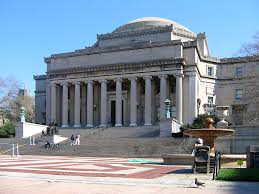 In a June 22nd Huffington Post blog, two anti-Zionist groups — the Center for Constitutional Rights and Palestine Legal – accused the Zionist Organization of America (ZOA) of trying to “censor” a Columbia University teachers’ workshop called “Citizenship and Nationality in Israel/Palestine.” Their accusation is false.

The ZOA asked the Huffington Post to post our response in order to set the record straight, but our request was denied.

The truth is that the ZOA and others were concerned about whether the June 20th workshop would truly educate or unfairly attack and demonize Israel.  There was a legal basis for these concerns.  The workshop was co-sponsored by Columbia’s Middle East Institute, which receives federal funding pursuant to Title VI of the Higher Education Act.  Contrary to the claim of the Center for Constitutional Rights and Palestine Legal, Title VI programs are required under the law to “reflect diverse perspectives and a wide range of views.”

In a letter to Columbia’s Middle East Institute, the ZOA carefully documented its concerns about the workshop, given Katherine Franke’s anti-Israel record, none of which has been disputed. ZOA’s goal was not censorship.

Many Title VI programs don’t fulfill that statutory requirement.  Instead, they are one-sided and biased against Israel, and even encourage anti-Semitism.  Indeed, the U.S. Commission on Civil Rights found that “[t]here is evidence” that “ideologically biased campus programs that receive operating funds from the federal government under Title VI of the Higher Education Act” help “fuel” anti-Semitic incidents on campus.

This is especially troubling considering that Title VI centers are mandated to conduct “public outreach” programs, like the June 20th workshop at Columbia.  The programs sometimes present biased and inaccurate information to K-12 teachers and other educators who then dangerously pass that information on to our children who may develop anti-Israel beliefs based on falsehoods.

There was good reason to believe that the Columbia workshop would fall into that category.  Katherine Franke, the professor designing the curriculum and teaching the workshop, has a history of unfair anti-Israel bias.  For example, at a conference at Columbia’s Center for Gender and Sexuality where Katherine Franke was the lead speaker, she took Israel’s undeniably exemplary record on LGBT rights and twisted it into an attack on the Jewish State, falsely and absurdly claiming that Israel exploited its LGBT record to divert attention from its so-called “occupation” of Palestinian Arab land.  And instead of holding the Palestinian Arabs accountable for their own abysmal treatment of LBGT individuals, she actually blamed Israel for those civil rights abuses.

Moreover, Katherine Franke refused to speak at another conference celebrating the LGBT civil rights movement simply because Israel’s progressive policies would be highlighted there, and because Michael Oren, who was then Israel’s ambassador to the U.S., was scheduled to speak.  It is indeed ironic that groups that call themselves the “Center for Civil Rights” and “Palestine Legal” have unjustifiably criticized the ZOA for interfering with Katherine Franke’s academic freedom.  But neither group has criticized Katherine Franke for boycotting a conference and thwarting academic freedom, simply because the conference would promote positive truths about Israel and an Israeli ambassador would be participating.

In a letter to Columbia’s Middle East Institute, the ZOA carefully documented its concerns about the workshop, given Katherine Franke’s anti-Israel record, none of which has been disputed.  ZOA’s goal was not censorship.   ZOA asked for information about the materials that would be used in the June 20th workshop.

And ZOA offered to work with the Middle East Institute to ensure that the workshop would in fact provide useful and reliable tools to students, and that it would disseminate accurate information, diverse perspectives and a wide range of views.

ZOA’s offer was ignored and we were never provided with any information about the content of the workshop.  ZOA eventually received a cursory communication, essentially claiming that the content and quality of a professor’s teaching cannot be questioned because “academic freedom” trumps all.

It doesn’t.  Academic freedom does not mean that anything goes, that a professor is free to disregard facts and historical truths, to promote anti-Israel falsehoods due to a personal agenda.  Academic freedom requires academic responsibility – especially when taxpayer money is at stake.

As it turns out, the June 20th workshop was less biased against Israel than expected.  We believe that the ZOA inspired Katherine Franke and the Middle East Institute to take a more cautious approach to their workshop.  In some respects, they went overboard.  The venue for the workshop was changed at the last minute to a secret location, protected by security guards.  Katherine Franke made a point of telling the students that these steps were taken because “Zionist organizations” had challenged the quality of the workshop.  She also asked whether there were any “plants” or “spies” in the room.  These concerns are both strange and laughable.  ZOA and others were simply concerned that the workshop fulfill its obligation to educate, not indoctrinate with falsehoods.  If we caused Katherine Franke to pay closer attention to that obligation, then that’s a victory for all of us.

By Morton A. Klein, National President and Susan B. Tuchman, Director, Center for Law and Justice, Zionist Organization of America

We would love to hear from you! Please fill out this form and we will get in touch with you shortly.
Trending Z
News July 10, 2015
ZOA Condemns U.S. State Dept. & U.S. Amb. Nides For Siding with Antisemitic, Discriminatory Palestinian & Hamas Terrorists re: the Temple Mount, Violating Jews’ Religious Freedom
News July 10, 2015
ZOA’s Klein JPost Op-Ed: There is Nothing Extreme About Israel’s New Government
Uncategorized July 10, 2015
FLASH: ISRAEL-JORDAN PEACE TREATY (1994) GUARANTEES JEWS ACCESS TO THE TEMPLE MOUNT – LET MY PEOPLE PRAY
Uncategorized July 10, 2015
ZOA Analysis: Most American Rabbis Who Are Boycotting Some Israeli Ministers Are From Extremist Left Wing Groups (J Street; T’ruah; JVP)
Center for Law & Justice
We work to educate the American public and Congress about legal issues in order to advance the interests of Israel and the Jewish people.
We assist American victims of terrorism in vindicating their rights under the law, and seek to hold terrorists and sponsors of terrorism accountable for their actions.
We fight anti-Semitism and anti-Israel bias in the media and on college campuses.
We strive to enforce existing law and also to create new law in order to safeguard the rights of the Jewish people in the United States and Israel.
Our Mission
ZOA STATEMENT
The ZOA speaks out for Israel – in reports, newsletters, and other publications. In speeches in synagogues, churches, and community events, in high schools and colleges from coast to coast. In e-mail action alerts. In op-eds and letters to the editor. In radio and television appearances by ZOA leaders. Always on the front lines of pro-Israel activism, ZOA has made its mark.
Connect with us
Sign up for our Newsletter