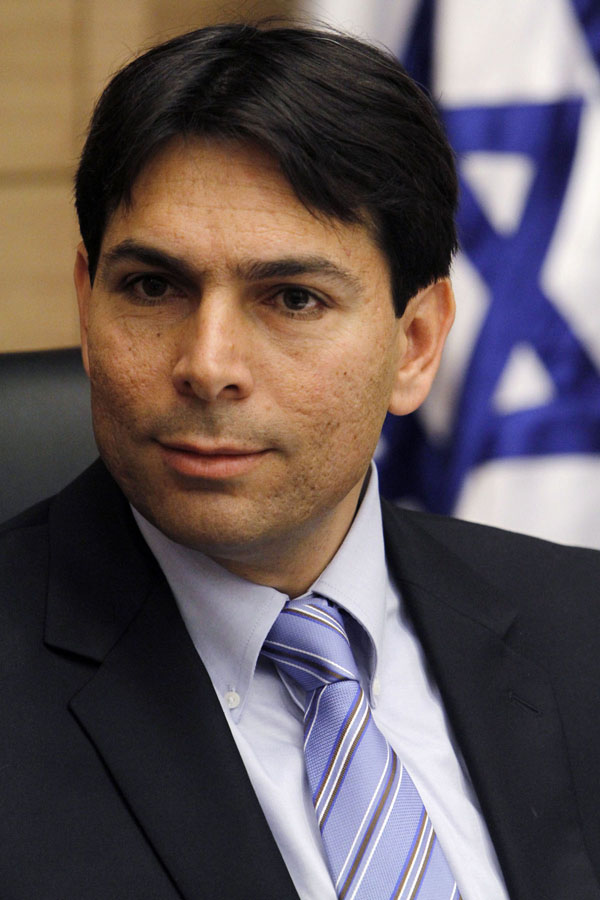 The ZOA applauds the appointment of Minister Danny Danon as Israeli Ambassador to United Nations.

“The ZOA has congratulated Prime Minister Benjamin Netanyahu on his inspired selection of Minister Danny Danon as Israel’s new Ambassador to the United Nations. ZOA also congratulates Danny Danon for being appointed to this critically important post. It is especially critical during this time of increased and inappropriate hostility to Israel around the world, and due to the catastrophe of the nuclear deal with the anti-Semitic anti-American Islamic Republic of Iran.

Danny is a principled and courageous promoter of the truth of the ongoing Arab war against Israel.

I have personally known Danny Danon for over 25 years. I first met him when I was a speaker for the international pro-Israel group “Betar” at a retreat in the Pocono Mountains in 1990. Danny was international head of Betar. We maintained contact regularly, both here and in Israel. I was a speaker at the numerous Christian Zionist events he organized around the United States. The Christian attendees there frequently told me how impressed they were with Danny and their hope that he will become Israel’s Prime Minister someday.

Minister Danon and I have many mutual friends and he has spoken at ZOA’s dinners on many occasions.

Danny is a principled and courageous promoter of the truth of the ongoing Arab war against Israel. All must understand: truth is not a political position.

Minister Danon’s love of Israel and commitment to Israel is unparalleled. He has boundless energy and will pursue any and every legitimate avenue that can bring a true peace. At a difficult time like this is – we need a fearless and principled truth-teller. Danny Danon is that man. And, Danny Danon will surprise many. He will be and knows how to be a diplomatic spokesman for Israel.

I am proud of Danny Danon; I am proud to call him my friend; Prime Minister Netanyahu has chosen well.”

We would love to hear from you! Please fill out this form and we will get in touch with you shortly.
Trending Z
News August 17, 2015
ZOA Condemns U.S. State Dept. & U.S. Amb. Nides For Siding with Antisemitic, Discriminatory Palestinian & Hamas Terrorists re: the Temple Mount, Violating Jews’ Religious Freedom
News August 17, 2015
ZOA’s Klein JPost Op-Ed: There is Nothing Extreme About Israel’s New Government
Uncategorized August 17, 2015
FLASH: ISRAEL-JORDAN PEACE TREATY (1994) GUARANTEES JEWS ACCESS TO THE TEMPLE MOUNT – LET MY PEOPLE PRAY
Uncategorized August 17, 2015
ZOA Analysis: Most American Rabbis Who Are Boycotting Some Israeli Ministers Are From Extremist Left Wing Groups (J Street; T’ruah; JVP)
Center for Law & Justice
We work to educate the American public and Congress about legal issues in order to advance the interests of Israel and the Jewish people.
We assist American victims of terrorism in vindicating their rights under the law, and seek to hold terrorists and sponsors of terrorism accountable for their actions.
We fight anti-Semitism and anti-Israel bias in the media and on college campuses.
We strive to enforce existing law and also to create new law in order to safeguard the rights of the Jewish people in the United States and Israel.
Our Mission
ZOA STATEMENT
The ZOA speaks out for Israel – in reports, newsletters, and other publications. In speeches in synagogues, churches, and community events, in high schools and colleges from coast to coast. In e-mail action alerts. In op-eds and letters to the editor. In radio and television appearances by ZOA leaders. Always on the front lines of pro-Israel activism, ZOA has made its mark.
Related Articles
OP-ED BY: Morton A. Klein ZOA: Iran Pres. Rouhani’s Boasting of Deceiving West on Iran’s Nuclear Weapons Program Underscores the Fraudulence of his Moderate Image