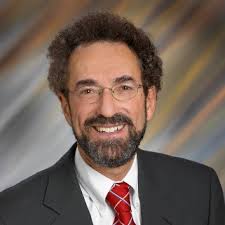 Phillip Roth wrote in The Plot Against America a fictional account of anti-Semitism in America during the run-up to World War II.  The quirky story had Charles Lindbergh win the presidency in 1940 instead of Franklin Roosevelt.  Jewish-Americans feared for their lives, their homes and their future.  The theme is that had the anti-Semitic Lindbergh won the presidency, Jewish-Americans would have had much to fear.  In the end, Lindbergh flew off into the sunset and Roosevelt became the next President.

My father spoke to me frequently about the fears of American Jews in the era before and after World War II.  He justified the fact that American Jews did not do more to try to prevent the Holocaust of European Jewry because of their lack of power in the United States and their anxiety at the hands of well-known bigotry which preceded the war.  Prior to Pearl Harbor, it was not uncommon for anti-Semites to blame “war fever” on those bloodthirsty Jews who wanted to see the United States drawn into Europe’s conflict.  Once the war began, much of that sentiment melted away.  My father spoke to me eloquently about being turned away for jobs because of his faith, the difficulty of getting into certain professions, and signs at certain resorts in upstate New York making it clear that Jews, Blacks and dogs were unwelcome.

Perhaps President Obama is so opposed to the exercise of American power that he believes the terrorism of a nation like Iran provides a good balance.

Jewish-Americans face a dilemma today.  The Iran agreement reached by the administration is a flat-out capitulation.  It will enable the most terrorist regime in existence today to develop better means for producing an atomic bomb, and it will fund their efforts at worldwide terrorism.  There is no question that Iranians in power today have American blood on their hands, not to mention the blood of many other nationals around the world.  President Obama spoke frankly when he said that he sought for Iran to become a regional power.  Why anybody would want a regime run by fundamentalist Islam to be a regional or potentially a world power is beyond the grasp of most people.  Perhaps President Obama is so opposed to the exercise of American power that he believes the terrorism of a nation like Iran provides a good balance.

The question is, now that every democracy has an even sharper sword of Damocles hanging over their head by virtue of an enriched and empowered Iran, what are good people of conviction to do?  Israelis are determined to fight.  They are determined to make their case in the courtroom of the world that terrorism should not be encouraged and that the American democracy should work to defeat the agreement with Iran.

The approach of the Israelis and many American Jews is not without risk.  Most Americans will rally around their President, even when they think the President is dead wrong.  Citizen Genet, in 1973, traveled throughout the United States attempting to whip up support for the French against the British and to encourage Americans to get behind the French.  Ultimately, Citizen Genet’s efforts came to naught, but it was an abject lesson in the loyalties Americans will have to a President, even where they question his policies.

There is a school-of-thought that says it is time for American Jews and Israel to stand down.  They lost the battle and Israel may be in dire physical jeopardy, but it should accept the bribe that the United States is now offering.  The U.S. will offer military hardware which Israel desperately needs.  The argument goes that Israel and American Jews should pursue quiet diplomacy, but otherwise accept as a fait accompli the bad deal with Iran.  There is powerful logic to this reasoning.  Iran is a threat to Russia, which has a considerable Muslim majority.  Europe has already suffered at the hands of terrorism.  The United States will be at the epicenter of fundamentalist Muslim terror.  These nations will suffer for their acquiescence embellishing the power of the Mullahs in Iran.  Israel, meanwhile, should quietly continue to arm and protect herself.  She should do what it can on her own to undermine Iranian nuclear ambitions, and must at some point undertake a war to defang Hezbollah, funded by Iran in the north, which has more than 100,000 missiles pointed at Northern Israel.

In a democracy such as ours, leaders should be able to take some disagreement.  Jewish-Americans, like any other nationality, and the State of Israel have every right to point out the dangers of the Iranian agreement.  A failure to utilize our democratic system to educate Americans and lawmakers as to why the Iranian deal should be defeated would be an abdication of our Judeo-Christian ethic.  It does not matter whether Congress approves or disapproves of the Iranian agreement.  The United Nations and the rest of the world are going to feed Iranian ambitions and the United States might as well go along for the ride, doing what it can to support Israel behind the scenes both militarily.

The truth is that the Israeli defense establishment and the American military already work closely, have great respect for one another, and understand the mutual danger which each nation follows.  To some extent, the position of the politicians is irrelevant.

Israel and her friends in the United States, whether they be Jewish or Christian, should speak their mind while continuing to maintain a close and necessary relationship with the United States from a political, diplomatic and military point of view.  This is good, and essential for America.  We need to remember as this debate goes forward, that the bloodthirsty Iranian leadership would like to take out the biggest target, and, as we saw on 9/11, that is the United States.  While the current United States administration would like to use Israel as its shock troops, Israel must and should defend itself.

President Obama’s “deal” will not be reversed by the United States Congress, but the blow may be softened by continued Congressional oversight and a strong military alliance between America and Israel.

The times ahead are going to be difficult.  They have been difficult for the last several thousand years that Jewish people have existed.  The legitimate fear is what other concessions, giveaways and risks will the United States ask her allies to take in defense of the Obama doctrine that democracies can “friend” their enemies?  Will Israel be forced back to 1949 Armistice boundaries, as the Administration has already suggested?  Will Israel be asked to accept another terrorist state like a knife at its back? These are the next fights that freedom-loving people must contemplate.

We would love to hear from you! Please fill out this form and we will get in touch with you shortly.
Trending Z
Uncategorized August 20, 2015
ZOA Analysis: Most American Rabbis Who Are Boycotting Some Israeli Ministers Are From Extremist Left Wing Groups (J Street; T’ruah; JVP)
Uncategorized August 20, 2015
ZOA: Israel’s Reasonable Judicial Reform Proposals Are Good for Democracy, the Rule of Law and the Economy
Uncategorized August 20, 2015
Israel’s “Right of Return” Grandparent Clause is De-Judaizing the Jewish State – Eliminate It
News August 20, 2015
ZOA is Disappointed, Offended and Frightened by 211 U.S. House Votes Supporting Jew-Hating, Israel-Hating Rep. Ilhan Omar
Center for Law & Justice
We work to educate the American public and Congress about legal issues in order to advance the interests of Israel and the Jewish people.
We assist American victims of terrorism in vindicating their rights under the law, and seek to hold terrorists and sponsors of terrorism accountable for their actions.
We fight anti-Semitism and anti-Israel bias in the media and on college campuses.
We strive to enforce existing law and also to create new law in order to safeguard the rights of the Jewish people in the United States and Israel.
Our Mission
ZOA STATEMENT
The ZOA speaks out for Israel – in reports, newsletters, and other publications. In speeches in synagogues, churches, and community events, in high schools and colleges from coast to coast. In e-mail action alerts. In op-eds and letters to the editor. In radio and television appearances by ZOA leaders. Always on the front lines of pro-Israel activism, ZOA has made its mark.
Connect with us
Sign up for our Newsletter