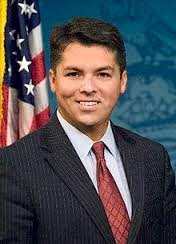 The coming congressional vote on the Iran nuclear agreement has been called the most important foreign policy vote since the Iraq War. As such, partisan politics have no place when it comes to the national security of the United States.

As a member of both the House Foreign Affairs Committee and the Middle East subcommittee, I have participated in numerous hearings and attended classified briefings on this complex issue, including meeting with President Obama in the White House Situation Room. While I greatly admire the tireless work he has put into reaching an agreement, after much thought and consideration, I have concluded that I cannot support this agreement for three main reasons.

First, this agreement will inject at least $56 billion into the Iranian regime. This is a massive sum for a country with a gross domestic product of $400 billion.

What does Iran currently spend its money on? It is the single largest funder of terrorism in the region. It funds Hezbollah in Lebanon, supplying it with more than 80,000 rockets, all located just over the Israeli border. It funds Hamas in Gaza. Remember those thousands of rockets that rained down on Israel last year? They too were courtesy of Iran. And Iran also funds the murderous Assad regime in Syria. Even President Obama has conceded that at least some of the billions of dollars Iran will get will inevitably go toward terror.

The administration’s response on this point is to claim that money shouldn’t be an issue when analyzing the nuclear agreement. But it is part of this agreement. It would be impossible to analyze this deal without weighing the inevitable impact these billions will have on the further funding of terrorism.

Second, the agreement fails to include “anytime, anyplace” inspections. In fact, it gives Iran up to 24 days’ notice before inspections. The administration is correct when it points out that 24 days is not enough time for Iran to cover up a full-blown nuclear program. However, as a former top official at the International Atomic Energy Agency recently confirmed, 24 days is enough time for Iran to hide most weaponization activity. During a congressional hearing, I asked Secretary of State John Kerry and Energy Secretary Ernest Moniz to dispute this fact. They did not.

Third, the agreement fails to prevent Iran from becoming a nuclear power. It merely delays it. After 15 years, Iran will officially be free to develop not just one bomb, but an entire nuclear arsenal. The whole point of these protracted negotiations was to compel Iran to agree to give up its pursuit of a nuclear bomb. Our side settled for a temporary freeze.

When faced with objections to the agreement, proponents often ask: So what is the alternative? They argue that the deal, as flawed as it may be, is still preferable to no deal. But this is simply not so.

We would be better off with no deal, which would ensure that Iran does not get $56 billion it can use to funnel to Hamas and Hezbollah. While some of the international sanctions would fray if the deal were rejected (especially those from Russia and China), our sanctions would remain. I would much prefer the imperfect status quo over a post-agreement world in which Iran is flush with cash for its terror proxies and free to develop a full-fledged nuclear program in merely 15 years.

Finally, the argument that a vote against this deal is a vote for war is disingenuous. Actually, the opposite is true.

Releasing billions of dollars to Iran will result in more rockets in Lebanon and Gaza. These will be used against Israel, as similar weapons have been for the last seven years. With more cash for more rockets, these attacks will likely happen again, increasing the odds that Israel again will respond militarily. Only this time, the Israeli wars with Lebanon and Gaza will last longer, and there will be higher casualty numbers.

Brendan F. Boyle is a Democrat representing the 13th Congressional District, which includes most of Montgomery County and Northeast Philadelphia

This article was published by the Philadelphia Inquirer and may be found here.

We would love to hear from you! Please fill out this form and we will get in touch with you shortly.
Trending Z
Uncategorized August 24, 2015
ZOA Analysis: Most American Rabbis Who Are Boycotting Some Israeli Ministers Are From Extremist Left Wing Groups (J Street; T’ruah; JVP)
Uncategorized August 24, 2015
ZOA: Israel’s Reasonable Judicial Reform Proposals Are Good for Democracy, the Rule of Law and the Economy
News August 24, 2015
ZOA is Disappointed, Offended and Frightened by 211 U.S. House Votes Supporting Jew-Hating, Israel-Hating Rep. Ilhan Omar
Uncategorized August 24, 2015
Israel’s “Right of Return” Grandparent Clause is De-Judaizing the Jewish State – Eliminate It
Center for Law & Justice
We work to educate the American public and Congress about legal issues in order to advance the interests of Israel and the Jewish people.
We assist American victims of terrorism in vindicating their rights under the law, and seek to hold terrorists and sponsors of terrorism accountable for their actions.
We fight anti-Semitism and anti-Israel bias in the media and on college campuses.
We strive to enforce existing law and also to create new law in order to safeguard the rights of the Jewish people in the United States and Israel.
Our Mission
ZOA STATEMENT
The ZOA speaks out for Israel – in reports, newsletters, and other publications. In speeches in synagogues, churches, and community events, in high schools and colleges from coast to coast. In e-mail action alerts. In op-eds and letters to the editor. In radio and television appearances by ZOA leaders. Always on the front lines of pro-Israel activism, ZOA has made its mark.
Connect with us
Sign up for our Newsletter