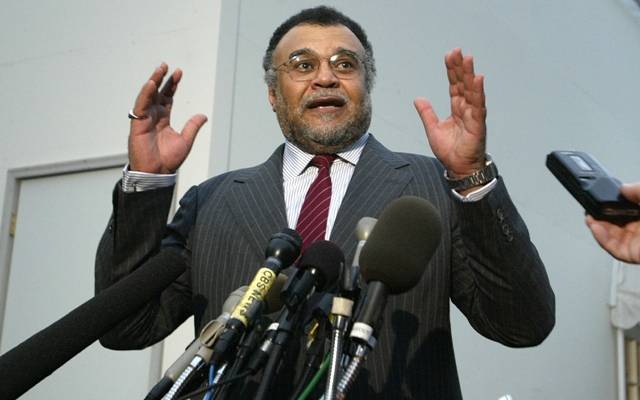 Pundits are saying that President Obama’s Iran deal stirs deja vu of President Clinton’s 1994 North Korean nuclear deal [“A landmark nuclear pact with Iran,” front page, July 15]. I humbly disagree. President Clinton made his decision based on a strategic foreign policy analysis, top-secret intelligence and a desire to save the people of North Korea from starvation induced by its leadership.

This deal will wreak havoc in the Middle East, which is already a disastrous environment. Iran is a major player in the destabilization of the region. Why would Mr. Obama go ahead with such a deal with Iran? It is definitely not because Mr. Obama is not smart enough, because he is. He must believe that what he is doing is right. Still, I am convinced that my good friend Henry Kissinger was correct when he said, “America’s enemies should fear America, but America’s friends should fear America more.”

People in my region now are relying on God’s will and consolidating their local capabilities and analyses with everyone except our oldest and most powerful ally.

The writer was Saudi Arabia’s ambassador to the United States from 1981 to 2005 and headed Saudi intelligence services between 2012 and 2014.

This letter was published by Washington Post and may be found here.

We would love to hear from you! Please fill out this form and we will get in touch with you shortly.
Trending Z
News August 26, 2015
ZOA Deplores that Pres. Trump Dined with Jew-Haters Kanye West & Nick Fuentes, and Demands he Condemn Them
Uncategorized August 26, 2015
ZOA Honors Trump With Rarely Given Herzl Award for His Great Pro-Israel Work – Joins Ranks of Balfour, Truman, Begin, Meir, Ben-Gurion
News August 26, 2015
ZOA Responds to Questions About Pres. Trump, Kanye West, Fuentes, etc. Issue
Uncategorized August 26, 2015
Zionist Organization of America Honors Donald Trump for Support for Israel, Jewish Community
Center for Law & Justice
We work to educate the American public and Congress about legal issues in order to advance the interests of Israel and the Jewish people.
We assist American victims of terrorism in vindicating their rights under the law, and seek to hold terrorists and sponsors of terrorism accountable for their actions.
We fight anti-Semitism and anti-Israel bias in the media and on college campuses.
We strive to enforce existing law and also to create new law in order to safeguard the rights of the Jewish people in the United States and Israel.
Our Mission
ZOA STATEMENT
The ZOA speaks out for Israel – in reports, newsletters, and other publications. In speeches in synagogues, churches, and community events, in high schools and colleges from coast to coast. In e-mail action alerts. In op-eds and letters to the editor. In radio and television appearances by ZOA leaders. Always on the front lines of pro-Israel activism, ZOA has made its mark.
Connect with us
Sign up for our Newsletter