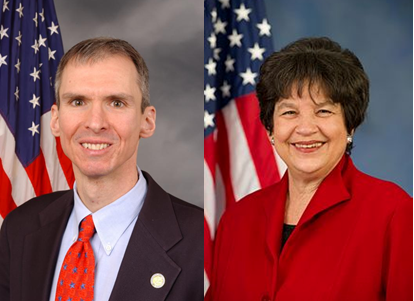 Congressman Lipinski accurately noted that the Iran deal fails to meet the administration’s negotiating goal of preventing Iran from obtaining nuclear weapons and is likely to lead to a nuclear arms race; surprisingly relieves sanctions on Iran’s access to conventional military weapons and ballistic missile technology, which means that Iran may be able to deliver a nuclear strike against our nation; fails to meet the administration’s goal of requiring, before signing any agreement, Iran to come clean about its past nuclear weapons program and PMDs (possible military dimensions), thereby depriving us of information that is critical to understanding Iran’s future capabilities to hide a nuclear program; is accompanied by secret side deals that leave the U.S. in the dark about Iran’s PMDs; delays inspections; limits our ability to impose appropriate snapback sanctions and exempts pre-existing contracts, thereby lessening the effect of any snapback sanctions; quickly gives Iran $100 to $150 billion in frozen assets plus enables Iran to obtain billions more from its new ability to export oil and other products, much of which will undoubtedly support terrorism and mean more war and more bloodshed; and does more to increase the likelihood of additional conflict than to bring peace.

“Approval of the proposed Iran deal will give Iran billions of dollars of frozen assets and future revenues that “will undoubtedly be available to intensify [Iran’s] support of horrific activity aimed at innocent human beings.”

Congresswoman Frankel eloquently described the agony of the men, women, and children suffering at the hands of Iran’s terrorist regime – and explained that approval of the proposed Iran deal will give Iran billions of dollars of frozen assets and future revenues that “will undoubtedly be available to intensify [Iran’s] support of horrific activity aimed at innocent human beings.”

Congresswoman Frankel depicted the horrors perpetrated by Iran and Iran’s proxies Hezbollah, Hamas and the Assad Syrian regime: the 75% of children of Sderot, Israel who suffer from post-traumatic stress disorder in the wake of Hamas shooting thousands of rockets at Israel; Hezbollah’s murder of hundreds of Americans and Israelis; and Syrian president Assad’s responsibility for the deaths of over 250,000 people, displacement of 10 million people who are in desperate circumstances, and mass torture of his own population, using barrel bombs with nails and chlorine, sarin nerve gas, starvation, and rape.

Congresswoman Frankel noted that Iranian-backed Assad’s brutality has become a rallying cry for ISIL recruitment.   Congresswoman Frankel aptly explained that the current deal legitimizes Iran’s nuclear program after 15 years, that the “release of sanctions without requiring a stop to terrorist activities is disturbingly counterproductive,” and that proponents of the deal are trading off too much for too little.

Both Congresspersons’ statements are a “must read.” Please click on the links below to read full statements opposing the Iran Deal.

“At the core of my opposition to the JCPOA is its failure to meet many of the Administration’s stated negotiating goals plus the surprise addition of relief from sanctions on Iran’s access to conventional military weapons and ballistic missile technology.”

“I do not support the current deal because it legitimizes Iran’s nuclear program after 15 years and gives Iran access to billions of dollars without a commitment to cease its terrorist activity,” Frankel said. “It’s too high a price to pay.”

We would love to hear from you! Please fill out this form and we will get in touch with you shortly.
Trending Z
Op-Ed September 9, 2015
Israel National News: Jonathan Pollard – Israel is Heading to Disaster
Op-Ed September 9, 2015
My Disturbing Encounter With the Harvard Crimson Regarding its Publication of a Blood Libel Against Israel and My Efforts to Refute it
News September 9, 2015
ZOA Condemns Biden’s Appointment of Another Israel-Basher Karine Jean-Pierre as Press Secretary
News September 9, 2015
ZOA Urges NY Museum of Jewish Heritage to Apologize/Retract Their Disgraceful Canceling Great Friend of Israel and the Jewish People, Governor Ron DeSantis
Center for Law & Justice
We work to educate the American public and Congress about legal issues in order to advance the interests of Israel and the Jewish people.
We assist American victims of terrorism in vindicating their rights under the law, and seek to hold terrorists and sponsors of terrorism accountable for their actions.
We fight anti-Semitism and anti-Israel bias in the media and on college campuses.
We strive to enforce existing law and also to create new law in order to safeguard the rights of the Jewish people in the United States and Israel.
Our Mission
ZOA STATEMENT
The ZOA speaks out for Israel – in reports, newsletters, and other publications. In speeches in synagogues, churches, and community events, in high schools and colleges from coast to coast. In e-mail action alerts. In op-eds and letters to the editor. In radio and television appearances by ZOA leaders. Always on the front lines of pro-Israel activism, ZOA has made its mark.
Related Articles
OP-ED ZOA Mourns Passing of Ariel Founder & Visionary, Ron Nachman