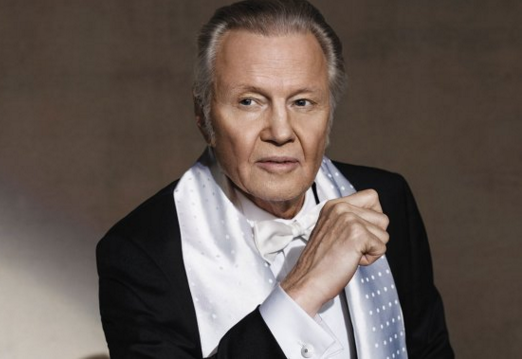 A pro-Israel group hosting actor Jon Voight on Sunday says it has increased its security measures to account for more publicity than it is accustomed to but says published reports saying it considered canceling the $700-a-plate dinner in the wake of the Paris attacks are inaccurate.

“We beefed up security. That’s a fact,” said Morton Klein, national president of Zionist Organization of America, which will hold its event as scheduled at the Grand Hyatt New York. “But we had zero calls from anyone wanting to cancel, and we have had zero threats.”

“There’s also two Israeli ambassadors. It’s a superstar event. I can’t believe it myself. Of course we beefed up security.”

Klein said that due to extra star-power the additional security was in the works prior to the Nov. 13 terrorist attacks that killed at least 129 people in Paris.

“Jon Voight is a famous movie star so more people know about it this year,” he said. “There’s also two Israeli ambassadors. It’s a superstar event. I can’t believe it myself. Of course we beefed up security.”

At least one U.S. senator and one congressman will be at the event as well as a Fox News host and other prominent attendees.

Some of the rich and powerful will come with their own security details while the New York Police Department will be on hand as well as many private guards who will be undercover, according to insiders. The proceedings will also be monitored by members of Shin Bet, Israel’s secret service.

“It’s a pro-Israel event in New York City, so of course we need security,” said Klein. “We have demonstrators every year and this year we expect even more Arab and anti-Israel groups with their signs. All the usual nonsense.”

We would love to hear from you! Please fill out this form and we will get in touch with you shortly.
Trending Z
News November 19, 2015
ZOA Condemns U.S. State Dept. & U.S. Amb. Nides For Siding with Antisemitic, Discriminatory Palestinian & Hamas Terrorists re: the Temple Mount, Violating Jews’ Religious Freedom
News November 19, 2015
ZOA’s Klein JPost Op-Ed: There is Nothing Extreme About Israel’s New Government
Uncategorized November 19, 2015
FLASH: ISRAEL-JORDAN PEACE TREATY (1994) GUARANTEES JEWS ACCESS TO THE TEMPLE MOUNT – LET MY PEOPLE PRAY
Uncategorized November 19, 2015
ZOA Analysis: Most American Rabbis Who Are Boycotting Some Israeli Ministers Are From Extremist Left Wing Groups (J Street; T’ruah; JVP)
Center for Law & Justice
We work to educate the American public and Congress about legal issues in order to advance the interests of Israel and the Jewish people.
We assist American victims of terrorism in vindicating their rights under the law, and seek to hold terrorists and sponsors of terrorism accountable for their actions.
We fight anti-Semitism and anti-Israel bias in the media and on college campuses.
We strive to enforce existing law and also to create new law in order to safeguard the rights of the Jewish people in the United States and Israel.
Our Mission
ZOA STATEMENT
The ZOA speaks out for Israel – in reports, newsletters, and other publications. In speeches in synagogues, churches, and community events, in high schools and colleges from coast to coast. In e-mail action alerts. In op-eds and letters to the editor. In radio and television appearances by ZOA leaders. Always on the front lines of pro-Israel activism, ZOA has made its mark.
Connect with us
Sign up for our Newsletter