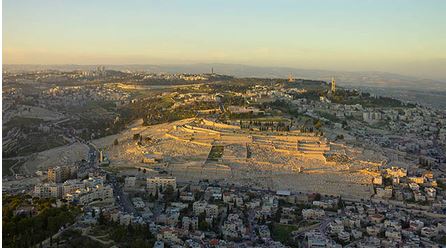 Just after finishing the first day alone, I know that this trip is going to be one I will never forget. The struggle was real though, for college students with jet lag to be ready by 8:10 AM. But, it was not difficult in comparison for those of us who woke up to eat before the Fast of the 10th of Tevet began. That was most definitely true dedication – to miss the first classical Israeli breakfast of the trip that offered unlimited coffee, salads, cheeses, bourekas, and other mouth watering foods.

Before leaving the hotel we broke into groups and reintroduced ourselves. The passion from individuals as they shared their stories of Israel activism on campus and how they have gotten involved in Israel advocacy to begin with, was truly inspiring. I am definitely going to be spending my bus rides asking for advice and for new programming ideas to bring to my campus at Binghamton University.

We actually had the chance to visit a blanket factory and saw Arabs and Jews working side-by-side.

Our first stop on this adventure was to the city of Ariel. The goal for this visit was to learn about this unique city and to understand its significance when talking about the current discourse in the region. Despite the many times I have traveled to Israel, this was my first experience with the city outside of hearing it discussed in the news.  The most that I knew about Ariel was that it is in the West Bank and is home to an  8,000 Jewish population from Gush Katif who are currently living in caravan houses and who have been waiting for over 10 years to have their lives returned to the condition of pre-evacuation 2005.

The director of the Ariel Fund, Avi Zimmmerman, was our tour guide and I was caught off guard and blown away with the story of this city. On our tour he explained to us that Ariel was founded in 1978 with just 40 families alone. Today, Ariel is home to over 20,000 residents, has approximately 15,000 students at its university. It has built roughly 130 major production factories in its industrial zone that employs multiple nationalities and religions. We actually had the chance to visit a blanket factory and saw Arabs and Jews working side-by-side. The workers and floor manager said that their relationship was like that of father and son.

I cannot understand the rational of trying to ruin such businesses that create this wonderful coexistent environment by institutionalizing boycotts or threatening to prevent workers from acquiring jobs here. We then went to the Eshkol HaShomrom hotel in Ariel for lunch. While I am always up to date with the latest horrific terrorist attempts and attacks that have been plaguing Israel as of late, that has lead to the deaths of 22 Israelis (B”DE) and over 250 wounded in stabbings, shootings and car rammings, the story we heard of terrorism that took place during the Second Intifada sent chills up and down my spine with every word told.

Menachem Gilboa, the owner of the hotel, was notified about a suspicious man at the nearby gas station. As Menachem analyzed the situation, he noticed that this man was a terrorist. Under this terrorist’s shirt was a suicide belt and before the terrorist was able to detonate his device, Menachem was able to wrestle him to the ground. The terrorist was shot and killed by a nearby civilian and although the device exploded when the body hit the floor. One hundred Israeli soldiers in the hotel and countless other civilians were saved by Menachem’s bravery and dedication in defending Israel and seeing it prosperously grow.

Our last destination before dinner was to visit Shiloh, and as a Tanach enthusiast I was not able to hide my excitement! When the Jewish people returned home after being freed from Egyptian slavery, it was in Shiloh for about 370 years, that the Ark of the Covenant was kept until captured by the Philistines during the prophetic times of Eli. Once returned, the Ark would remain in Shiloh until the building of the Beit Hamikdash (The Holy Temple). Also, it was in Shiloh that the story of Hannah took place in which she prays to G-d for a child. That child served as the prophet of the first king of Israel (King Saul) and crowned King David successor to the throne.

All in all, this was an awesome and insightful day. I cannot wait for what adventures lie in store for us tomorrow!

We would love to hear from you! Please fill out this form and we will get in touch with you shortly.
Trending Z
Uncategorized December 24, 2015
ZOA Analysis: Most American Rabbis Who Are Boycotting Some Israeli Ministers Are From Extremist Left Wing Groups (J Street; T’ruah; JVP)
Uncategorized December 24, 2015
ZOA: Israel’s Reasonable Judicial Reform Proposals Are Good for Democracy, the Rule of Law and the Economy
News December 24, 2015
ZOA is Disappointed, Offended and Frightened by 211 U.S. House Votes Supporting Jew-Hating, Israel-Hating Rep. Ilhan Omar
Uncategorized December 24, 2015
Israel’s “Right of Return” Grandparent Clause is De-Judaizing the Jewish State – Eliminate It
Center for Law & Justice
We work to educate the American public and Congress about legal issues in order to advance the interests of Israel and the Jewish people.
We assist American victims of terrorism in vindicating their rights under the law, and seek to hold terrorists and sponsors of terrorism accountable for their actions.
We fight anti-Semitism and anti-Israel bias in the media and on college campuses.
We strive to enforce existing law and also to create new law in order to safeguard the rights of the Jewish people in the United States and Israel.
Our Mission
ZOA STATEMENT
The ZOA speaks out for Israel – in reports, newsletters, and other publications. In speeches in synagogues, churches, and community events, in high schools and colleges from coast to coast. In e-mail action alerts. In op-eds and letters to the editor. In radio and television appearances by ZOA leaders. Always on the front lines of pro-Israel activism, ZOA has made its mark.
Connect with us
Sign up for our Newsletter