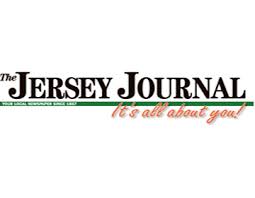 One week after N.J. Sen. Cory Booker invited the head of a Jersey City Islamic center to be his guest at President Obama’s State of the Union address, a pro-Israel group is slamming the senator because of the man’s ties to a group that has supported the Muslim Brotherhood.

Morton A. Klein, president of the Zionist Organization of America, said it is “appalling” that Booker, D-NJ, would invite Ahmed Shedeed, president of the Islamic Center of Jersey City, to Washington, D.C., last week. Shedeed is part of a group that rallied in 2013 in support of the Muslim Brotherhood after Egypt’s military removed it from power.

“It is nothing short of a disgrace,” Klein told The Jersey Journal. “A frightening disgrace for Booker to have done something like this.”

The Zionist Organization of America, which said “the whole concept of singling out Muslims to invite is disturbing,” criticized Booker last year for his support of a nuclear agreement with Iran.

“When the senator and members of our team asked New Jersey faith leaders and local officials who should be invited to the State of the Union as a response to the recent toxicity of our political discourse, one after another pointed to Ahmed Shedeed,” Pietrykoski  said, “praising him for working with the FBI, the U.S. military, the New Jersey Office of Homeland Security, local law enforcement and people of all faiths – including the Christian, Muslim, and Jewish communities – to bring people together and build bridges of tolerance and mutual understanding.”

The Zionist Organization of America, which said “the whole concept of singling out Muslims to invite is disturbing,” criticized Booker last year for his support of a nuclear agreement with Iran.

Egyptian Americans for Democracy and Human Rights (EADHR) held rallies in August 2013 to support the deposed Egyptian President Mohamed Morsi, of the Muslim Brotherhood party. Shedeed, the group’s treasurer, was the contact for the EADHR rally in New York City.

Shedeed, who declined to specify his views on the Muslim Brotherhood, said he doesn’t know why Klein’s group is upset.

Shedeed serves on the Interfaith Outreach Coalition with the New Jersey Office of Homeland Security and Preparedness, and is a leader among Jersey City’s and New Jersey’s Muslims.

Alexander Mirescu, a professor of political science at Saint Peter’s University, said he’s not surprised Booker’s invitation would raise the eyebrows of a pro-Israel group. Mirescu described the Muslim Brotherhood as an “important Islamist organization” that is clear in its mission to introduce Sharia into the legal framework of countries where it’s been active.

“The Muslim Brotherhood has a topsoil of an urban, more intellectual elite that is a little more flexible” than more extreme Islamist groups, Mirescu said. “But the roots of the movement go deeper than the topsoil.”

The party gained power in Egypt in 2011, and Morsi became the country’s first democratically elected president the following year. In 2013 the party and Morsi were forced out and the Muslim Brotherhood remains banned in the country. When it ruled, Mirescu said, its political record was abysmal, Morsi gave himself the power to act without judicial review and the party persecuted Christians.

This article was published by The Jersey Journal and may be found here.

We would love to hear from you! Please fill out this form and we will get in touch with you shortly.
Trending Z
Uncategorized January 22, 2016
FLASH: ISRAEL-JORDAN PEACE TREATY (1994) GUARANTEES JEWS ACCESS TO THE TEMPLE MOUNT – LET MY PEOPLE PRAY
Uncategorized January 22, 2016
ZOA Analysis: Most American Rabbis Who Are Boycotting Some Israeli Ministers Are From Extremist Left Wing Groups (J Street; T’ruah; JVP)
Uncategorized January 22, 2016
Israel’s “Right of Return” Grandparent Clause is De-Judaizing the Jewish State – Eliminate It
Uncategorized January 22, 2016
Exclusive: ZOA Accuses Ilhan Omar of Hating the U.S. ‘as Much as Israel,’ Lauds Kevin McCarthy for ‘Throwing Her Off the HFAC’
Center for Law & Justice
We work to educate the American public and Congress about legal issues in order to advance the interests of Israel and the Jewish people.
We assist American victims of terrorism in vindicating their rights under the law, and seek to hold terrorists and sponsors of terrorism accountable for their actions.
We fight anti-Semitism and anti-Israel bias in the media and on college campuses.
We strive to enforce existing law and also to create new law in order to safeguard the rights of the Jewish people in the United States and Israel.
Our Mission
ZOA STATEMENT
The ZOA speaks out for Israel – in reports, newsletters, and other publications. In speeches in synagogues, churches, and community events, in high schools and colleges from coast to coast. In e-mail action alerts. In op-eds and letters to the editor. In radio and television appearances by ZOA leaders. Always on the front lines of pro-Israel activism, ZOA has made its mark.
Connect with us
Sign up for our Newsletter