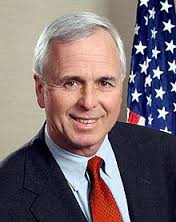 Letter by Senator on Opposition to BDS
Blogs

The following letter was written by Pennsylvania Senator Stewart Greenleaf, who sponsored a PA anti-BDS bill, and addressed to one of his constituents.  The constituent wrote to the Senator about her opposition to the bill, and the attached is the Senator’s response:

Thank you for your recent letter expressing opposition to Senate Resolution 136. I note your concern that the resolution violates free speech rights, and that the BDS movement is legitimate.

This resolution was specifically drafted with deference to First Amendment issues. We wanted to make sure that BDS is opposed because of its one-sided and blatant attempt to de-legitimatize the State of Israel. In balancing disapproval of economic boycotts, traditionally illegal under United States law, with First Amendment Rights, the resolution stated that the Attorney General of the Commonwealth should “explore” whether the BDS movement violates the laws of the Commonwealth, “including laws pertaining to antitrust violations, hate crimes, business torts and other matters that may be within its jurisdiction,” I would argue that ensuring compliance with state and federal law with respect to illegal group boycotts is not a violation of free speech. In addition, I would respectfully suggest that while individuals are free to exercise their political and First Amendment rights, they should give some thought to the notion that the BDS Resolution was crafted in a way that will not interfere with those rights.

With regard to your comments that boycotts are an inherently legitimate exercise of free speech, that argument has been raised in many manifestations in the last 125 years or so. It is for that reason that the language of the resolution was expressly drafted to direct the Attorney General to look at the BDS movement consistent with the currently existing body of law.

Every nation has the right and indeed the obligation to protect its citizens from threats to its existence and terrorism. The Israeli approach to preventing suicide bombing and attacks against its civilian population is remarkable for its adherence to basic civil rights. One need only to stand at the checkpoint where Arabs drive from Ramala into Jerusalem to see that the traffic flows more quickly than over most bridges, tunnels and toll booths in the United States.  The interference with the movement of Palestinian Arabs is minimal, but could be reduced even more if those who support Palestinian Arabs would unequivocally call for a cessation of violence against Israeli civilians. Unfortunately, when the Palestinians blow themselves up at supermarkets and religious services, or send their teenagers to stab civilians of Israel, the Arab leadership in the West Bank and Gaza celebrate those attacks. They name streets and city squares after terrorists and reward their families with financial payments.

Finally, in response to your observation concerning the treatment of Palestinian Arabs, I would point out that Israel is the only country in the world where 24% of its citizens are Muslim-Arabs who enjoy the benefits of a free society like none other in the Arab world. Israel has a society where affirmative action is the law and the streets of every major city in Israel are filled with Arabs. No Jew or Christian enjoys those privileges in any Muslim country, and unfortunately, many Muslim factions are at war with each other in the Arab world.

I would respectfully urge that individuals consider being a peacemaker among Palestinian Arabs by speaking nonviolence, encouraging economic cooperation between the Israelis and Palestinian Arabs, and seeking to be a voice for peaceful dialogue. Together we can hopefully make progress towards a better world.

Thank you for writing.

We would love to hear from you! Please fill out this form and we will get in touch with you shortly.
Trending Z
News January 28, 2016
ZOA Condemns U.S. State Dept. & U.S. Amb. Nides For Siding with Antisemitic, Discriminatory Palestinian & Hamas Terrorists re: the Temple Mount, Violating Jews’ Religious Freedom
Uncategorized January 28, 2016
FLASH: ISRAEL-JORDAN PEACE TREATY (1994) GUARANTEES JEWS ACCESS TO THE TEMPLE MOUNT – LET MY PEOPLE PRAY
Uncategorized January 28, 2016
ZOA Analysis: Most American Rabbis Who Are Boycotting Some Israeli Ministers Are From Extremist Left Wing Groups (J Street; T’ruah; JVP)
Uncategorized January 28, 2016
Israel’s “Right of Return” Grandparent Clause is De-Judaizing the Jewish State – Eliminate It
Center for Law & Justice
We work to educate the American public and Congress about legal issues in order to advance the interests of Israel and the Jewish people.
We assist American victims of terrorism in vindicating their rights under the law, and seek to hold terrorists and sponsors of terrorism accountable for their actions.
We fight anti-Semitism and anti-Israel bias in the media and on college campuses.
We strive to enforce existing law and also to create new law in order to safeguard the rights of the Jewish people in the United States and Israel.
Our Mission
ZOA STATEMENT
The ZOA speaks out for Israel – in reports, newsletters, and other publications. In speeches in synagogues, churches, and community events, in high schools and colleges from coast to coast. In e-mail action alerts. In op-eds and letters to the editor. In radio and television appearances by ZOA leaders. Always on the front lines of pro-Israel activism, ZOA has made its mark.
Connect with us
Sign up for our Newsletter